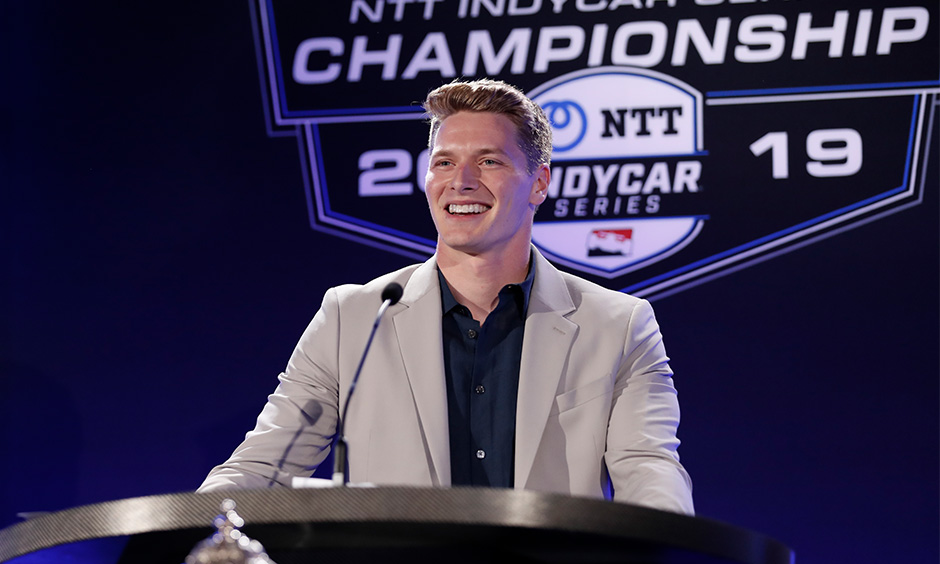 Newgarden, who captured his second driver’s title in three years Sunday at WeatherTech Raceway Laguna Seca, earned the $1 million bonus and a replica of the Astor Challenge Cup.

"I didn't feel like I got to do this right in 2017, so I want to make sure I get this one right," Newgarden said of a victory speech.

Newgarden again admitted feeling more pressure coming down the stretch this year, mostly because of his big lead heading into the season-ending Firestone Grand Prix of Monterey.

"I was really feeling it," he said.

Newgarden gave special thanks to his first-year engineer, Gavin Ward. Newgarden said he struggled in his first year as an Indy car driver.

"But you crushed it," he said to Ward, who attended the event with all members of the 2 car and Team Penske executives.

Newgarden finished the season with a 25-point lead over Team Penske teammate Simon Pagenaud, who won the NTT P1 Season Award by scoring the most points in races in which he won the pole.

Team owner Roger Penske was also presented an Astor Cup replica during the celebration at the posh Union 50 Restaurant and Bar in downtown Indianapolis. Team Penske won its 16th series championship after capturing its 18 Indianapolis 500 (the latter with Pagenaud). Both are records.

Penske told the story of having one of his first meetings with Newgarden, who was presenting reasons why the organization should hire him to drive an Indy car. Penske said Newgarden spoke with such enthusiasm and passion that "we didn't even get to ask him a question," Penske said.

Chip Ganassi Racing driver Felix Rosenqvist, who finished sixth in the standings, was named Rookie of the Year and received a $50,000 bonus.

Honda was the Manufacturer Champion for the second year in a row.