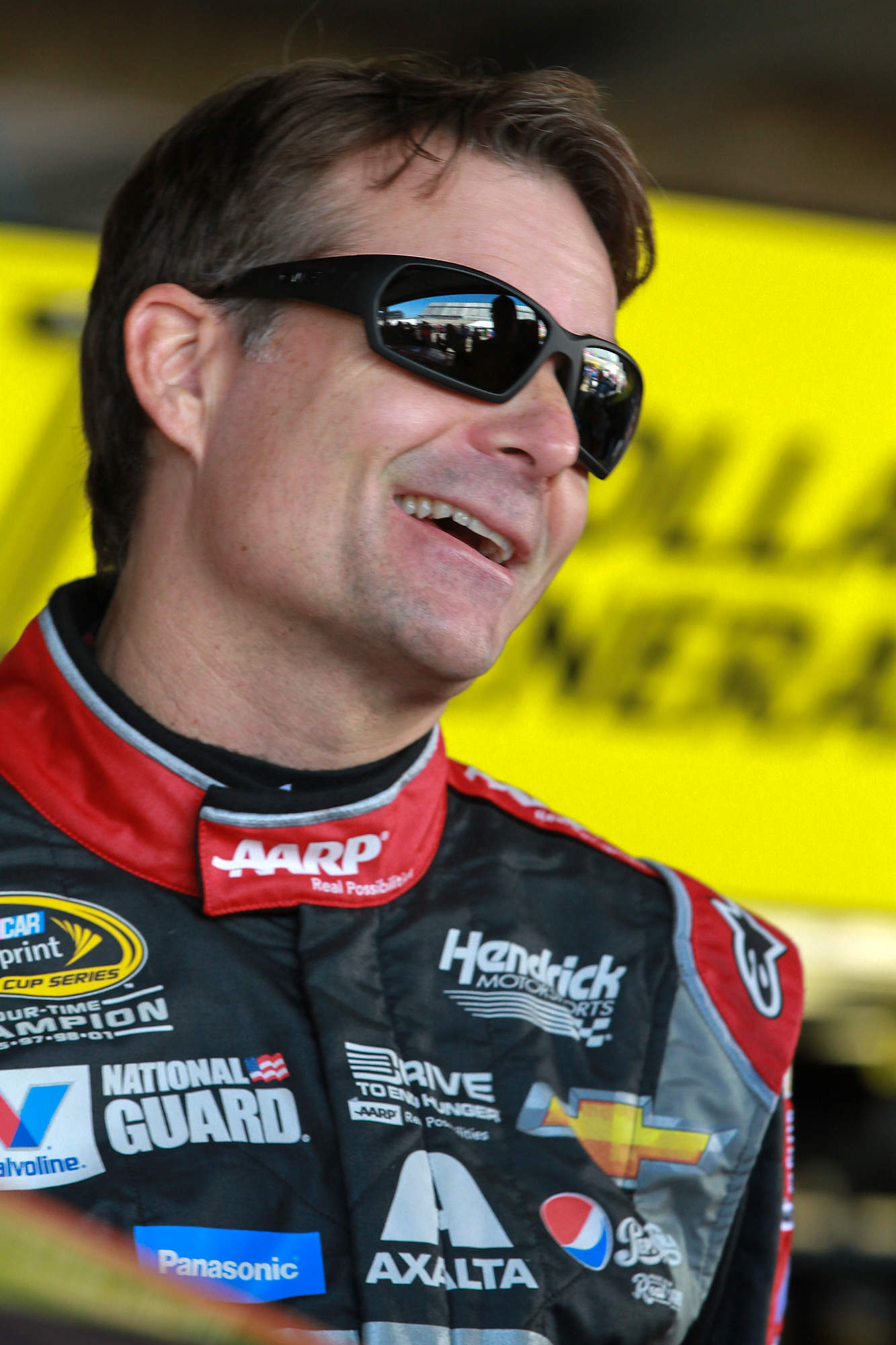 The opening round of NASCAR's new elimination-format for the Chase for the Sprint Cup is in the books, and when the checkered flag waved at the end of the AAA 400 at Dover International Speedway on Sunday, 12 drivers moved on while four drivers were on the outside looking in as the first drivers to be eliminated from championship contention.

Jeff Gordon punched his ticket into the second round with his first Dover win since 2001, joining previous race winners Brad Keselowski and Joey Logano, while A.J. Allmendinger, Kurt Busch, Greg Biffle and Aric Almirola came up on the losing end of the Chase field as the bottom four drivers in the points in a field of 16 championship hopefuls.

Such was their fate at the end of the first of four rounds in NASCAR's new Chase for the Sprint Cup format.

The opening round, dubbed the "Challenger Round" pitted the top 16 drivers through the first three races of the 10-race Chase, starting with Chicagoland Speedway before moving onto New Hampshire Motor Speedway and concluding at Dover.

The top 12 drivers in points following Sundays race advance to the next three-race round, called the "Contender Round", where their points will all be reset to 3,000 points each.

After the next three races, the field will be whittled again to down just eight driver to move onto the "Eliminator Round", following which just four drivers will move on to compete for the title at Homestead on Nov. 16.

While the first seven spots were virtually locked in to advance past the opening round, the pressure was on the drivers bringing up the rear, with nine drivers potentially on the bubble.

The drivers feeling the most heat in Sunday's race were Kasey Kahne and Denny Hamlin, with Kahne hanging on to the 12th and final spot and Hamlin trying to claw his way into the top 12.

After a disastrous finish in New Hampshire last weekend, Denny Hamlin needed a strong run to grab the last spot to advance to the next round and delivered with a 12th-place finish to move up to 11th in points, while Kahne overcame some pit road miscues and fought his way back from four laps down to finish 20th and take the final transfer spot by just two points over Allmendinger.

It was so close that even at the checkered flag, Kahne didn't know for sure if he was in.

"Kenny (Francis, crew chief) started telling me we were tied for 12th and this was with 30 to go," said Kahne. "Then he would tell me we were one point in and then maybe two points in, and then he wasn't positive. Then I started getting a little bit worried, so it was intense inside the car."

Kahne's good fortune was heartbreak for Allmendinger, who suffered the biggest drop among the drivers on the bubble – falling from 10th to 13th after finishing two laps down in 23rd-place.

"We didn't give up. It was an awful day," said Allmendinger. "We just missed it all weekend. It's disappointing to miss it by two points, but we didn't deserve to be in it with the run that we had. Just because we didn't make it doesn't mean our season is over with. We have to keep working and get better. We have seven races to go."

2004 Sprint Cup Champion Kurt Busch was among the drivers on the outside, sitting 15th in points but just eight points out of 12th place, and a decent finish on Sunday could have put him in a position to secure one of the last spots.

Busch was as high as 10th place at the halfway way point of the race but fell back quickly as his car tightened up in the last half of the race, eventually ending the day 18th and out of the next round by just six points.

"It was just tight the last 100 miles. I felt like we were in good position to advance, but you just can't expect to advance by running 18th", said Busch. "We gave it a good run, you know? I just chalk it up to me not getting the job done. It's all my fault that we didn't advance."

Coming into Sunday's race 16th in points and 10 points out of 12th place, Almirola needed a miracle to have any chance of advancing, but his Richard Petty Motorsports team had pulled out miracles before – including squeaking into the field with a victory at Daytona back in July.

Almirola came out of the gate swinging, running in the top five in the opening Chase race at Chicagoland when an engine failure doomed his championship hopes. Almirola fell to dead last in among the 16 Chase contenders and never recovered, his title hopes ending on Sunday with a 28th-place finish.

"It just didn't work out for us. I hate it," said Almirola. "We picked a bad day to run the way we did and we can't blame anybody but ourselves."

After seemingly never in contention for a decent run in any of first three races of the first round, Greg Biffle finished the Chase where he started it, ending up 15th in the standings after finishing the race 21st.

For Biffle, who came into the Chase was one of only three winless drivers, it was a just another checkmark on an altogether disappointing year where the Roush-Fenway team has struggled since the beginning of the season.

"This is the way it's gone all season," said Biffle. "We're just searching for speed and struggled all day today. We've worked hard trying to fix our problems, but it just hasn't come together yet. It's pretty frustrating. I've won races my whole career, but to be struggling like this all year is disappointing at best."