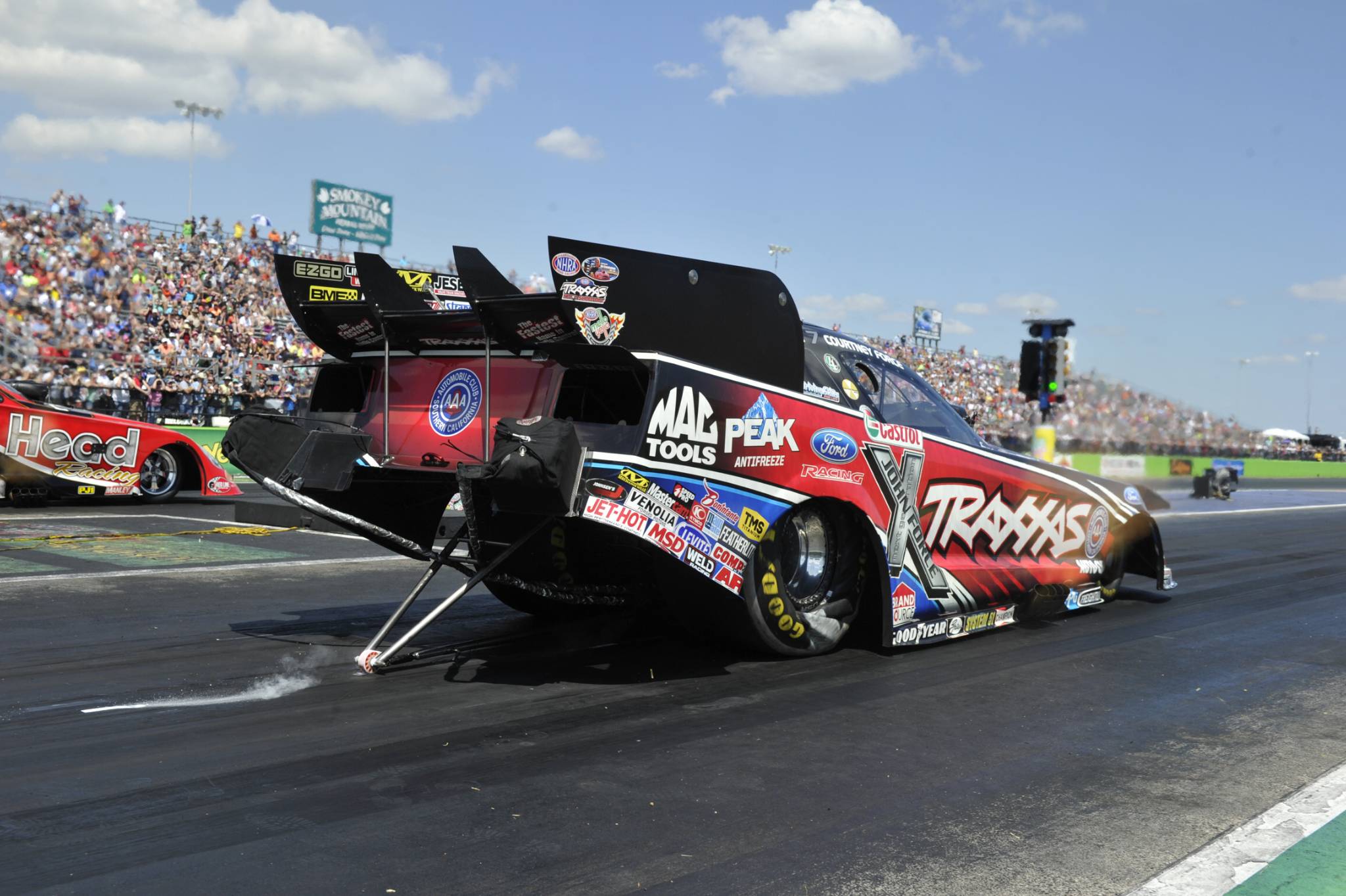 Courtney Force earned her fourth No. 1 qualifying position of the season Saturday at the AAA Texas NHRA FallNationals following her track record setting performance on Friday.

Force raced to her seventh career No. 1 with a performance of 4.039 seconds at 314.90 mph in her Traxxas Ford Mustang. Her most recent No. 1 qualifying position came in Sonoma, an event she went on to win after defeating her father John in the final.

"It feels good to have the Traxxas Ford Mustang back in the No. 1 spot, especially back here in Texas," said Force who has two No. 1 qualifying positions at the track. “I’m very proud of my team for giving me a very good racecar this weekend. Definitely hope we can continue it tomorrow throughout race day."

Todd earned his second consecutive top qualifying position in the Countdown playoffs from his Friday night run of 3.761 at 317.87 in his Optima Batteries dragster. He will face Morgan Lucas in the first round of eliminations.

"To come back here and back up that No. 1 from last week shows that it wasn’t a fluke, I suppose," Todd said. "It was definitely tricky today with the heat. We’ll come into race day with that 3.86 we ran in the heat, and I think that’s what it’s going to take to go some rounds tomorrow."

On the strength of his Countdown opening win, Tony Schumacher takes the Top Fuel points lead and will face Leah Pritchett when eliminations begin. Doug Kalitta qualified second and will face Troy Buff, and Bob Vandergriff, who qualified third, will face Terry McMillen.

"We had a great day and the weather dried out this morning and what a run it made, we didn’t think it would pick up that much for sure," Gray said. "Tomorrow is a new day and we will try to go out and put on a good show for the fans. Going to go out and have a fun day of racing tomorrow and be proud of the outcome of it."

Krawiec, who also won the delayed Pep Boys NHRA Carolina Nationals, powered to his seventh No. 1 qualifying position of the season and the 21st of his career with a run of 6.841 at 194.83 on his Screamin’ Eagle Vance & Hines Harley-Davidson. He will face Freddie Camarena in the first round of eliminations.