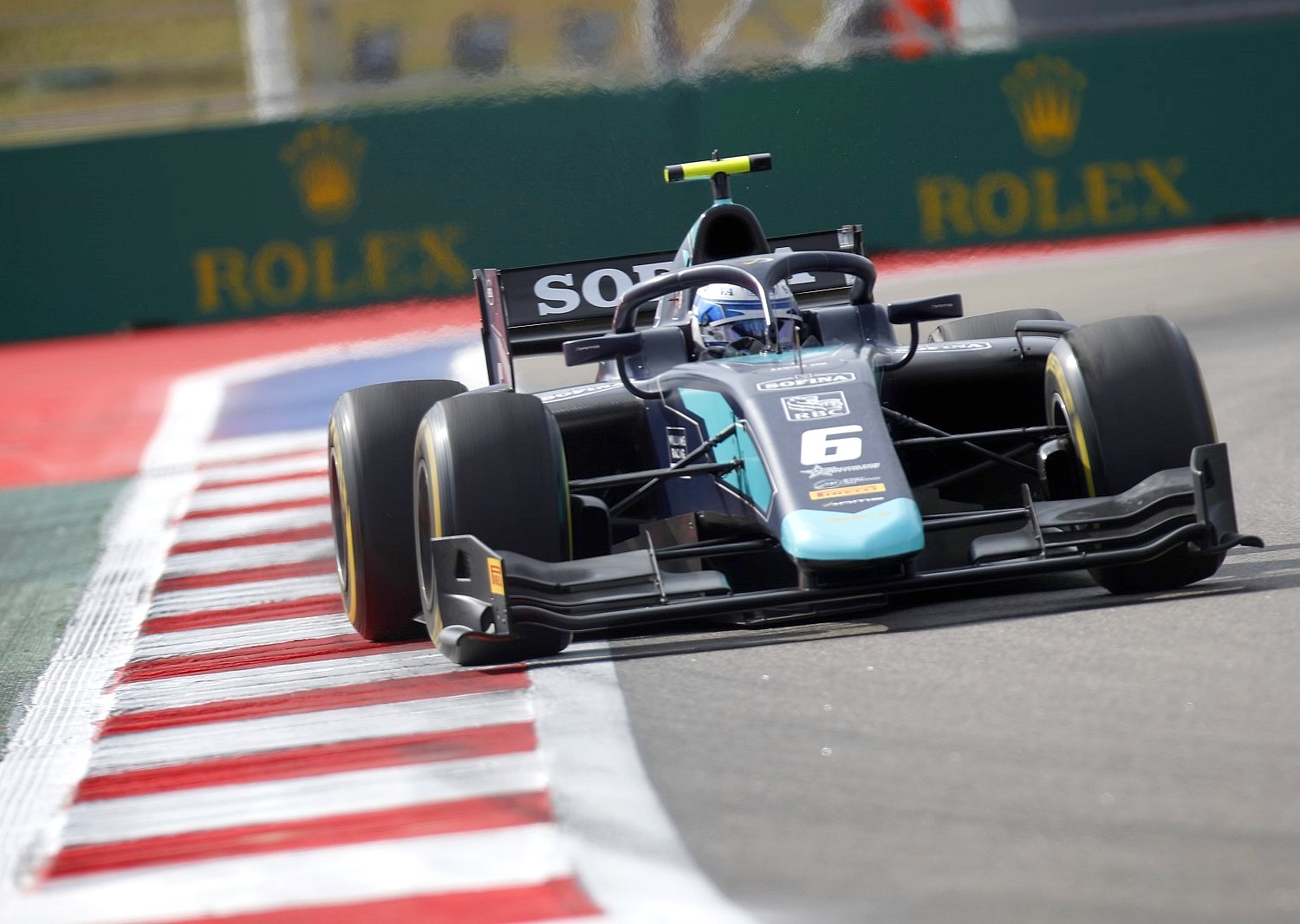 DAMS duo Nicholas Latifi and Sergio Sette Camara dominated the penultimate Free Practice session of the FIA Formula 2 season, as the pair attempt to keep their Championship hopes alive in Sochi. The Canadian came out on top of their battle for first, as both drivers finished ahead of Championship leader Nyck de Vries, in third.

The sun was bearing down onto the Sochi Autodrom circuit, as Mahaveer Raghunathan unleashed his MP Motorsport machine onto the track first, setting the initial time at just under 2 minutes. Having warmed up his tires, Sette Camara immediately slashed this to 1m 50s.

The Brazilian racer was backed up by Trident pair Giuliano Alesi and Ralph Boschung, as Nicholas Latifi got blocked on his first flying lap. The Canadian’s second attempt was more successful and he claimed first from his teammate.

Sette Camara reacted with another searing lap and took the time down to 1:49.215, as the rivals engaged in a battle of their own at the top. Meanwhile, Carlin look to have carried over their pace from Monza, as Nobuharu Matsushita and Louis Deletraz nipped in at fourth and fifth.

De Vries joined his Championship rivals at the top, but his time of 1:49.410 fell short of the in-form DAMS’ cars ahead of him and he was forced to settle for third. Fellow title contender Luca Ghiotto was able to fly around for fourth fastest, before Latifi put his foot down to topple his teammate and steal P1.

DAMS will hope to carry their pace advantage into Qualifying this evening, when action resumes at 5pm (local time).