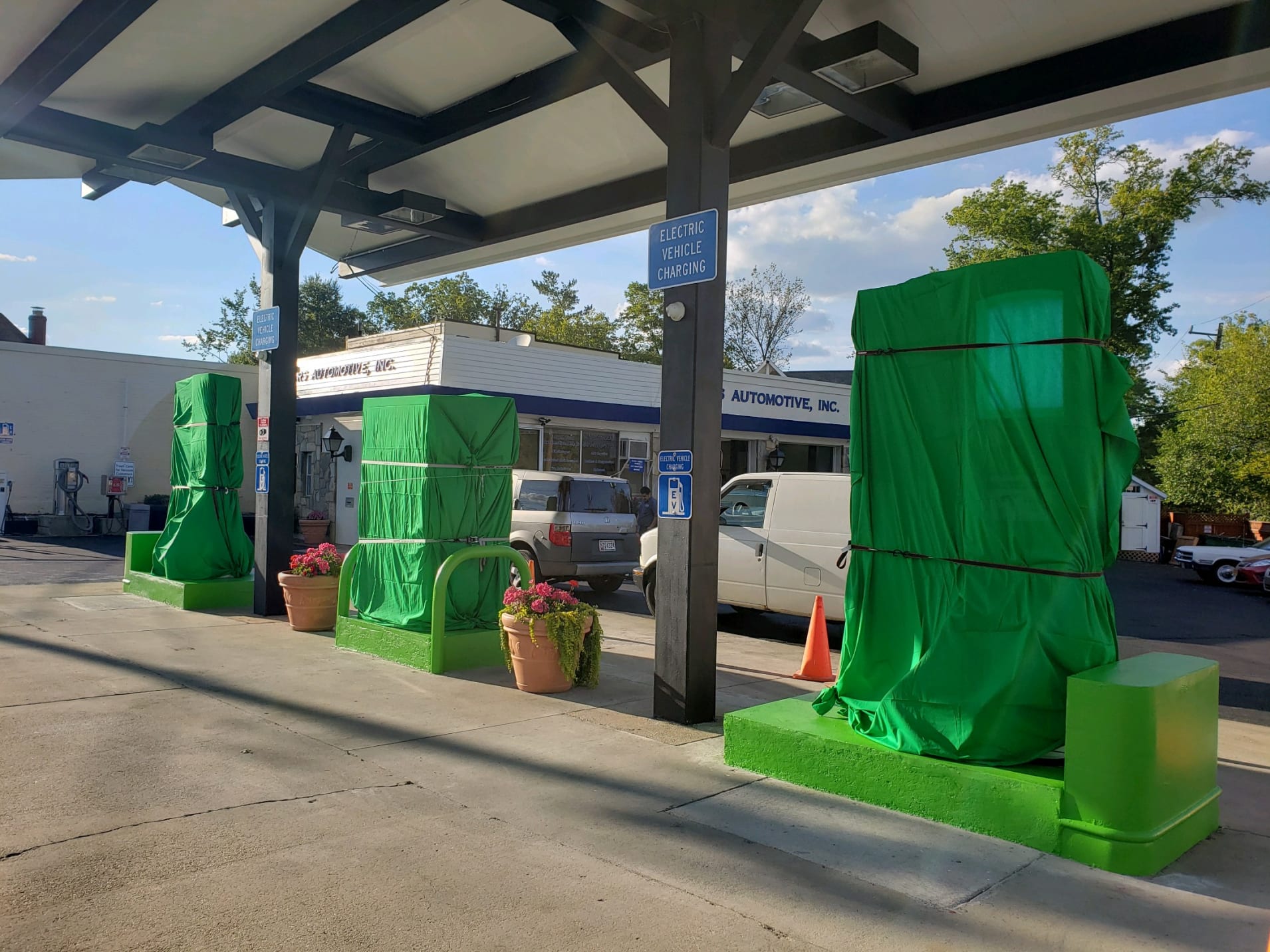 The first gas station in the U.S. that has been completely transitioned from a petroleum station to exclusively charging EVs opened Thursday in Takoma Park, Maryland reports CNBC.

RS Automotives, the local gas station, has been around since 1958.

Depeswar Doley, owner of the station since 1997, said he was already unhappy with the way oil and gasoline companies structure contracts — such as limiting the use of multiple suppliers, including clauses that extend contracts when a certain volume of sales is not met and limiting maintenance support. These business factors already were pushing him to consider other options.

A nudge from his daughter was the final step in convincing Doley to make the switch to EV charging.

“My daughter, who is 17, she is the one who convinced me after I told her that I was going to talk to the [Electric Vehicle Institute] guys," Doley said.

A public works manager for the city of Takoma Park, Maryland, first suggested to Doley a conversation with Electric Vehicle Institute.

When he told his daughter about the idea, “she said, ‘Dad, that’s a real good suggestion.’"

Doley said he’s not too worried about how the switch will change his business income.

“You notice there are not too many electric vehicles on the road," he said. “So it’s not something that I expect to become rich overnight or something like that, but it’s a good cause [and] good for the environment."

There are more than 20,700 registered EVs in Maryland, and the area also has an electric taxi service in need of more chargers for their business.

The gas station conversion was jointly funded by the Electric Vehicle Institute and the Maryland Energy Administration, which provided a grant of $786,000.

Matthew Wade, EVI CEO, said the area has had issues with the supply of charging stations not meeting the demand of EVs. Takoma Park had just two chargers, one in a community center parking lot and the other at a street location.

“They were fully utilized throughout the day; people were lining up," Wade said. “The city was happy they were being used, but then they said, ‘Wait, no one can get in this parking lot, because these taxis are using these chargers.’"

The station will feature four dispensers that connect to a high-powered, 200kW system. The system will allow four vehicles to charge simultaneously and reach 80% battery charge in 20 to 30 minutes. Drivers can go inside and sit in an automated convenience store with screens that allow drivers to track their vehicle’s charging progress.

“Maryland is proud to be a national leader when it comes to clean and renewable energy, climate change and the promotion of electric infrastructure and vehicles," said Maryland Gov. Larry Hogan in a release. “This fully converted gas-to-electric charging station is a prime example of our administration’s commitment to the environment and transportation."

There are various approaches to EV charging infrastructure being rolled out across the U.S.

Elon Musk’s Tesla has over 1,600 charging stations for its car owners across the country, and a total of near-15,000 chargers. Tesla had in the past offered EV charging for free to new car owners, but now charges for the service. It also offers the Powerwall system that allows car owners to generate and store electricity, and charge their Tesla, at home.

Some of the big automakers have developed their own EV charging business models. Volkswagen funded Electrify America as part of its investments in renewables made after its diesel emissions scandal.