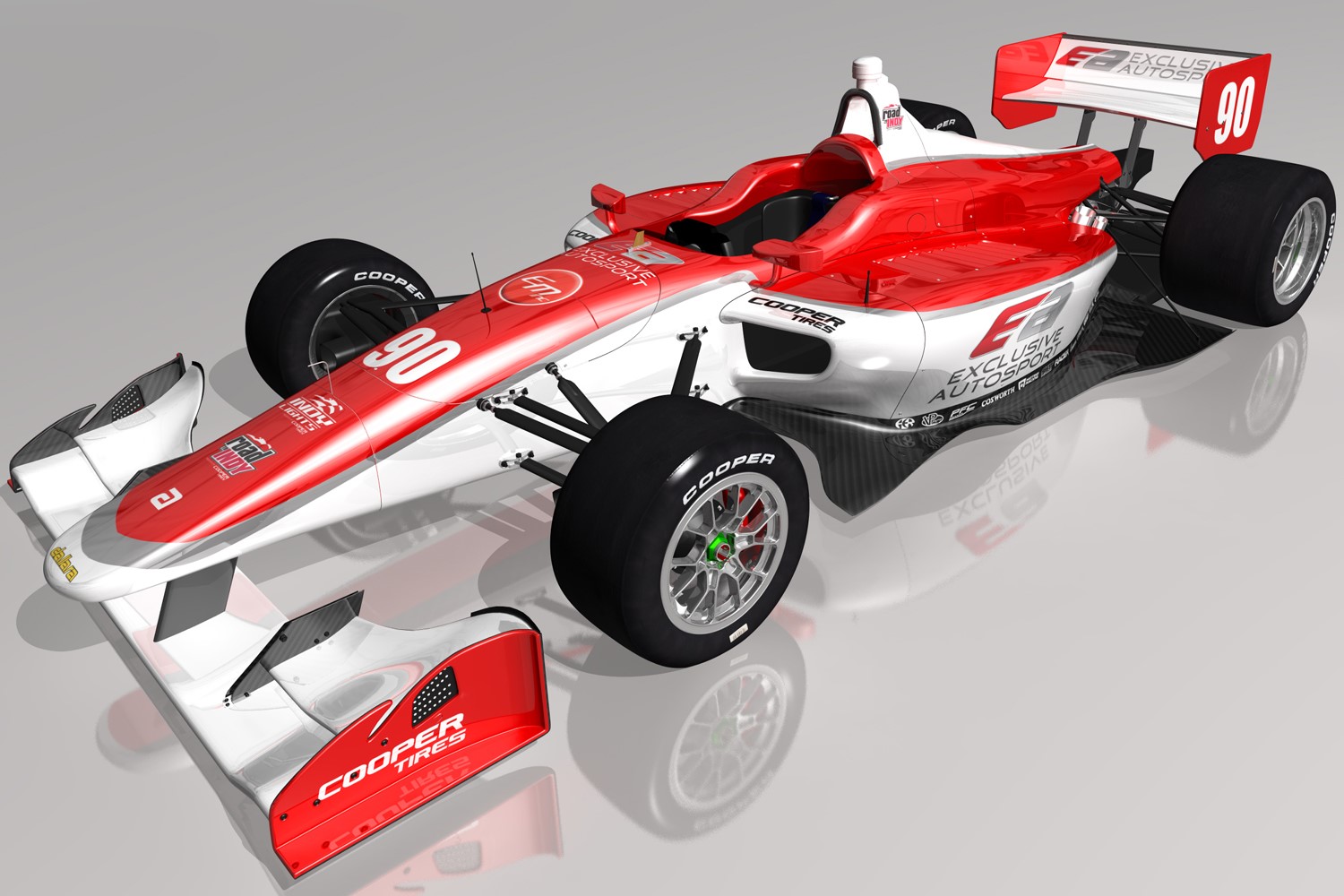 As the only open-wheel racing team in North America with an internal development ladder system bridging from F1600 racing into the Road to Indy Presented by Cooper Tires, Exclusive Autosport is thrilled to announce it will expand once again in 2020 by making its debut in the top-level Indy Lights program. The growing operation has acquired a Dallara IL-15 chassis and currently plans to field at least one entry next season. The team plans to debut its new acquisition, dressed in new Exclusive Autosport red and white livery, alongside its USF2000 and Indy Pro 2000 cars at the Chris Griffis Memorial Test on the Indianapolis Motor Speedway on October 19-20.

“This is truly a dream come true," enthused Michael Duncalfe, Team Principal. “When I started Exclusive Autosport in 2013, competing in the Road to Indy was always the goal, however it seemed like a distant reality. To be sitting here, announcing that we are expanding to Indy Lights and have a four-tiered ladder system after seven years of competition, is one of the proudest moments of my career. This transition is a natural fit for the Exclusive Autosport program. Dan Andersen and the entire Road to Indy organization have been incredible to work with from day one. They have been very supportive of our efforts. We are thrilled to be a part of it. I want to thank my wife and children for all of their support and my incredible crew led by Mirl Swan. We are looking forward to what 2020 will bring."

Exclusive Autosport is the winningest team in Canadian Formula 1600 competition over the last six years, having won the last eight titles in the Toyo Tires F1600 Championship (Ontario) and the Formula Tour (Quebec) programs. They have also earned the championship in the last four seasons in the combined F1600 Super Series. The team has expanded steadily over the last three years, making its debut in the Cooper Tires USF2000 Championship in 2017 and the Indy Pro 2000 Championship Presented by Cooper Tires in 2018. In both of its debut seasons, the team scored victories, racking up 11 wins since adding the RTI component to their schedule. The team also has two wins this season in Indy Pro 2000, with series rookie Danial Frost topping the competition on the oval at Lucas Oil Raceway and on the street circuit in Toronto.

In 2020, Exclusive Autosport will become the only Road to Indy team with its own driver development ladder reaching from F1600 up to Indy Lights. In fact, the team’s reach delves even deeper, as they are the title sponsor of the Western Canada Karting Championship. For the last two years, they have awarded WCKC champions with valuable F1600 test and evaluation days in their title-winning Spectrum F1600s.

“We are excited to welcome Exclusive Autosport into the Indy Lights family," said Dan Andersen, Owner and CEO of Andersen Promotions. “Michael Duncalfe parallels our goals in the Road to Indy of providing a complete ladder system for drivers to advance, and his expansion into Indy Lights now completes this platform for his well-established and highly regarded team. His passion for helping tomorrow’s talent was evident from Day One, and we look forward to seeing him and his drivers on our Indy Lights grids next season."