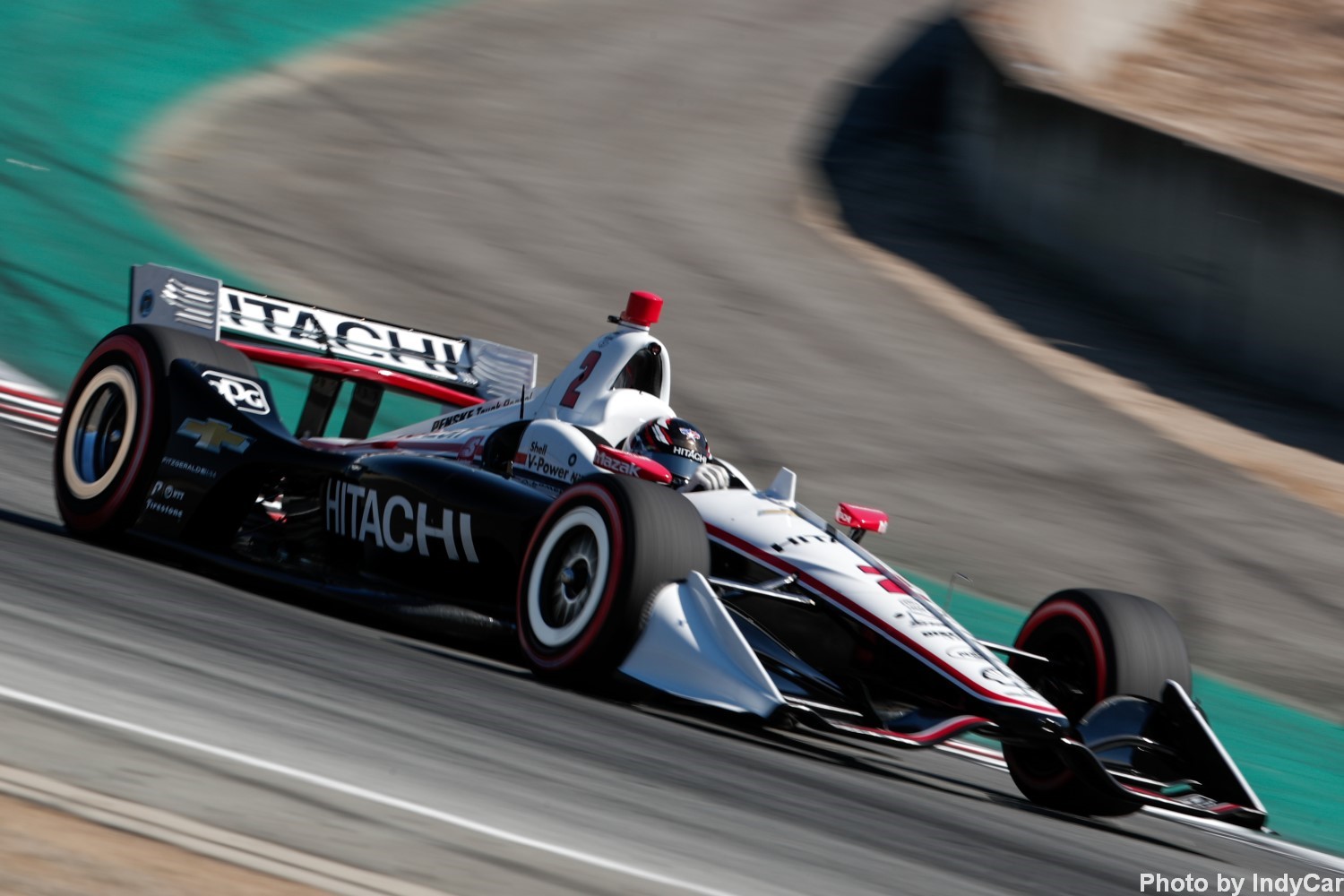 Team Penske and Hitachi Group announced today that they will continue their winning partnership for the 2020 IndyCar Series season. Building on a relationship that first began in 2012, Hitachi and Team Penske have agreed to an extension that ensures the global technology, electronics and automotive company will remain a key collaborator with the team.

Under the new agreement, the distinctive black and white Hitachi branding will continue to adorn the No. 2 Dallara/Chevrolet IndyCar driven by 2017 series champion Josef Newgarden, who is pursuing his second career IndyCar Series crown in this weekend’s season finale at WeatherTech Raceway Laguna Seca. Hitachi will be the primary sponsor on the No. 2 Chevy for eight races in 2020, while the company will once again be featured as an associate sponsor on all Team Penske cars competing in the IndyCar Series.

“We are proud to continue our partnership with Hitachi and build on the success we have enjoyed together over the last eight seasons," said Roger Penske. “Hitachi has been such an important partner for our IndyCar program and we also utilize their technology and services across many of our Penske Corporation businesses away from the track."

Newgarden, who entered this weekend’s Firestone Grand Prix of Monterey with a 41-point lead in the series championship standings, has produced three of his four wins this season while driving the Hitachi-sponsored Chevrolet.

“We’ve had a great season with Hitachi and everyone at Team Penske is looking forward to finishing the year strong with them on Sunday," said Newgarden. “The support Hitachi provides to our team is so valuable and we see that in the results on race weekend. We can’t wait to build on that momentum with Hitachi in 2020."

After joining forces with Chevrolet to provide the direct fuel injection systems for the Chevy IndyCar engines, Hitachi first began competing with Team Penske during the 2012 IndyCar Series. The following season, Hitachi expanded its presence to become a primary sponsor with the team.

Hitachi experienced its first series win as a primary sponsor in 2014 when Helio Castroneves drove the Hitachi Chevy to Victory Lane in Detroit. The company has been a part of numerous wins, Indianapolis 500 victories and series championships as a valued Team Penske partner.

“Hitachi is thrilled to announce the continuation of our partnership with Team Penske for the 2020 IndyCar Series season," said Toshiaki Higashihara, President & CEO, Hitachi, Ltd. “Hitachi and Penske Corporation envision this partnership to be a catalyst for innovation within the transportation industry. By combining Penske’s world-class industrial expertise with Hitachi’s industry-leading IoT and data analytics solutions, we can advance this sector in a way that will generate value for both our customers and society at large."