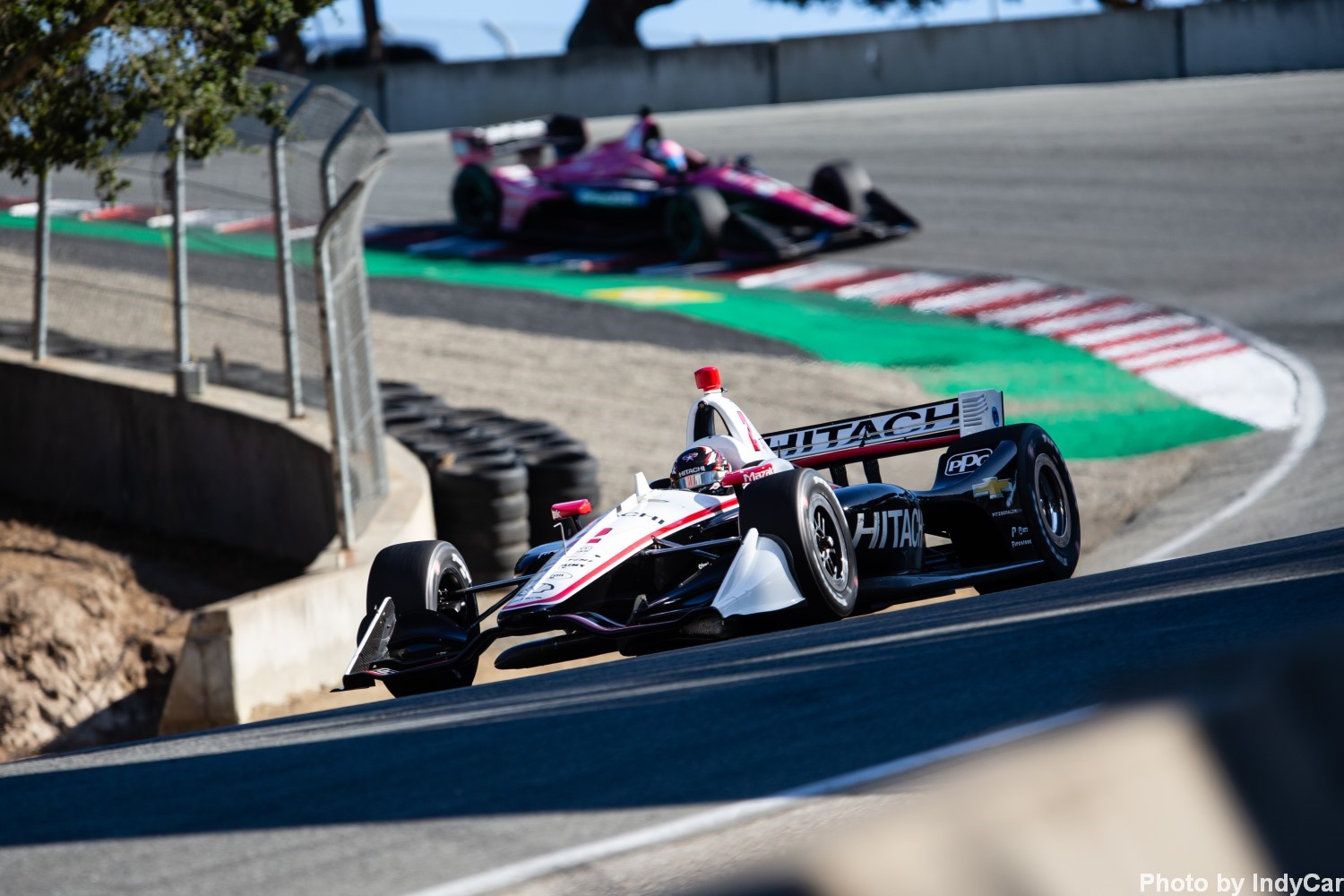 Good morning from the busy Laguna Seca. Fans and teams are streaming into the facility for the final IndyCar race of the season. Temperatures are expected to reach almost 80 degrees by race time of 12:15 pm local time.

Josef Newgarden, the championship points leader, finally seemed a bit relaxed yesterday in the last press conference on Saturday. Not obtaining an extra point for the pole, all four contenders are in the first three rows for today’s race. Newgarden, going for his second IndyCar title of his career, just has to finish 4th or better to capture the Astor Cup.

Felix Rosenqvist, the rookie driver for Chip Ganassi Racing, did not have a good qualifying session due to a spin in front of Arrow Schmidt Petersen’s Driver, James Hinchcliffe. Rosenqvist had been near the top of the timing charts and is leading the Rookie championship points, was penalized for interfering with Hinchcliffe’s progress and lost his two fastest laps and was not able to advance to the next qualifying segment.

Rosenqvist, angry at IndyCar’s direction, had harsh words when interviewed by NBC. “They ruined our day. Maybe someone has something against me. Or they want (Colton) Herta to win the rookie championship. I guess I have to regroup for the race and find a good strategy starting from the back.”