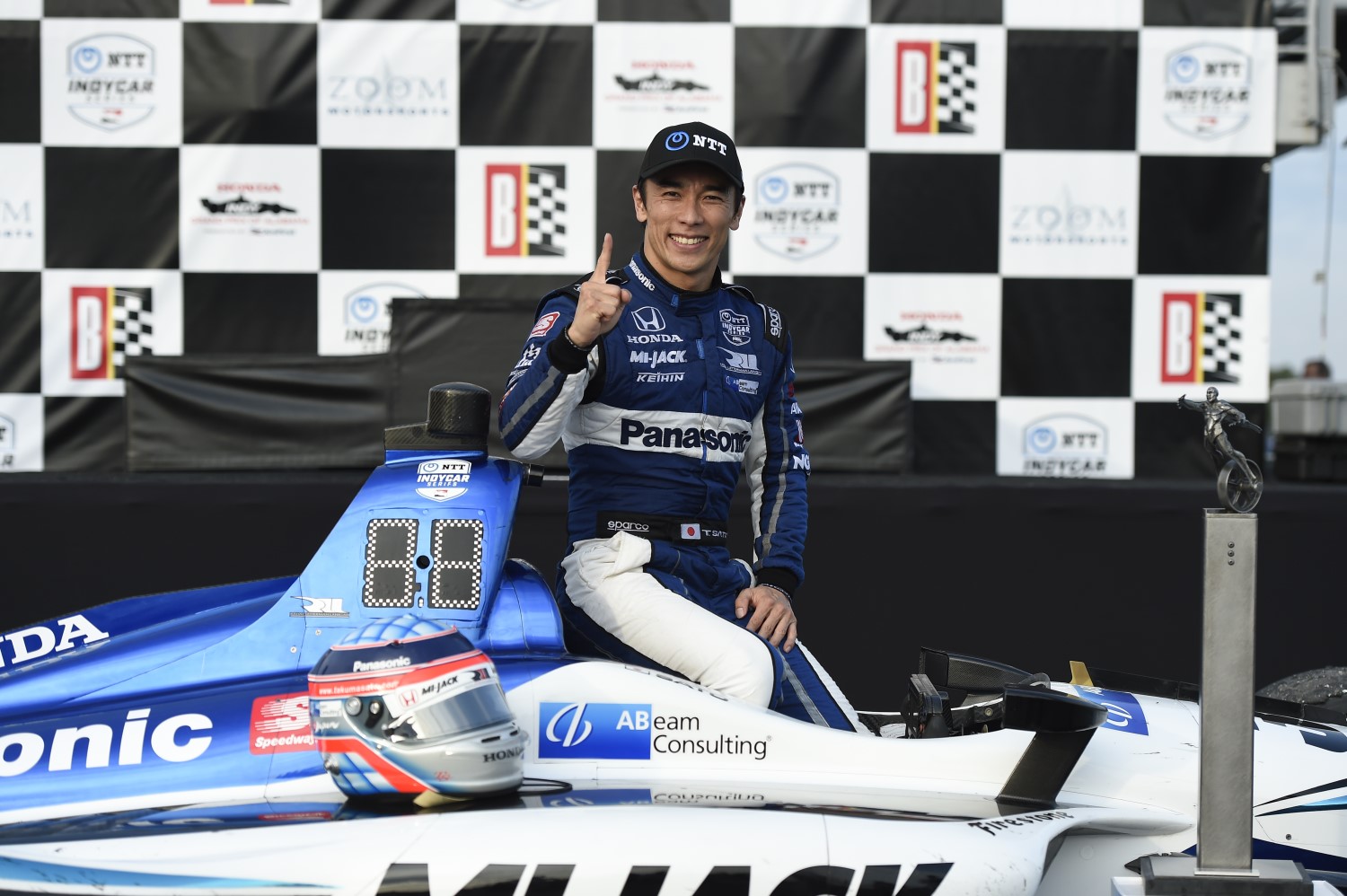 Rahal Letterman Lanigan Racing (RLL) announced today that they have exercised their option on NTT IndyCar Series driver Takuma Sato for 2020. Sato first joined the team in 2012 and returned in 2018. He has earned five wins in the series to date, three of which coming with the team. The 2020 season will be his third consecutive with RLL, and fourth overall.

Sato earned his second win of the season, and fifth overall in the series in the Bommarito 500 at World Wide Technology Raceway (WWTR) on August 24. Other season highlights include a win from pole in the Honda Indy Grand Prix of Alabama at Barber Motorsports Park, pole for the DXC Technology 600 at Texas Motor Speedway and third-place podium finishes at the Indianapolis 500 and Race 1 in Detroit.

“We have been very pleased with the results and level of competition Takuma has shown this season," said Bobby Rahal, co-owner of Rahal Letterman Lanigan Racing with David Letterman and Mike Lanigan. “His two wins and two poles don’t fully indicate how competitive he has been overall this season and the fact that he was a contender at many other races. He is an integral part of our team which I believe we have shown. This decision allows us to keep the continuity and continue to build upon our program for 2020."

"I am very happy to continue our path together again after this season," added Takuma Sato. "Every single member of the team is extremely loyal and have given me unbelievable support. I truly feel at home here and I am so proud of the team. We have had another great season this year and even had some tough times but it only made our relationship stronger. I can't thank Bobby, Mike, David and the entire team enough and I am looking forward to finishing the season strong and also looking forward to 2020."

Sato, a native of Tokyo, Japan, has made 168 starts in the IndyCar Series since his rookie season in 2010. His Indy car highlights include wins in the 2017 Indianapolis 500, 2013 Toyota Grand Prix of Long Beach, 2018 Portland Grand Prix, 2019 Honda Indy Grand Prix of Alabama and Bommarito 500 at WWT Raceway, with three of the five coming with RLL. Of his 12 podium finishes to date, eight have come with RLL and he has earned nine Indy car poles, two of which are with RLL. Prior to joining the IndyCar Series, he competed in 90 Formula One races between 2002-2008 with his highest finish of third at the 2004 United States Grand Prix.