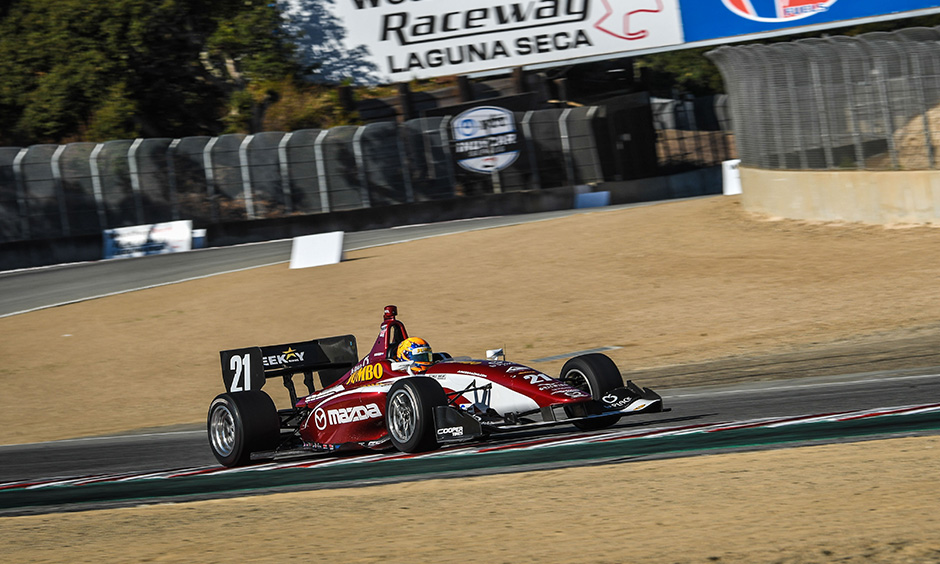 Championship leader Oliver Askew (No. 28 Andretti Autosport) qualified third and only needs to start both races to be officially clinch the title. All things considered, VeeKay, who sits second in the overall standings (41 points behind), is just focused on what he can control and getting the maximum out of this weekend.

“In my mind, I put the whole championship out of it," VeeKay said. “I think it’s almost decided who is the champion, but I just did the best I can, and it went pretty well."

The first race for the top rung of the Road to Indy will begin at 3 p.m. PT and be live streamed on NBC Sports Gold.

Rasmus Lindh (No. 10 Juncos Racing) qualified third, just ahead of Parker Thompson (No. 8 Abel Motorsports) in fourth. Thompson led the only practice session earlier in the day.

The title showdown is set to commence with only two races left as Kirkwood leads Lindh by a narrow 20 points (382-362).

The middle step on the Road to Indy ladder will waive the green flag for their first race at 4 p.m. PT and be streamed live at racecontrol.indycar.com.

Braden Eves put in a clutch performance to grab the pole for the first race of the doubleheader weekend in the Cooper Tires USF2000 Championship.

The performance was a significant boost for Eves, who currently sits second in the championship, just six points behind McElrea (316-310).

The bottom rung of the Road to Indy will start the opening race at 4:55 p.m. PT and stream live at racecontrol.indycar.com.