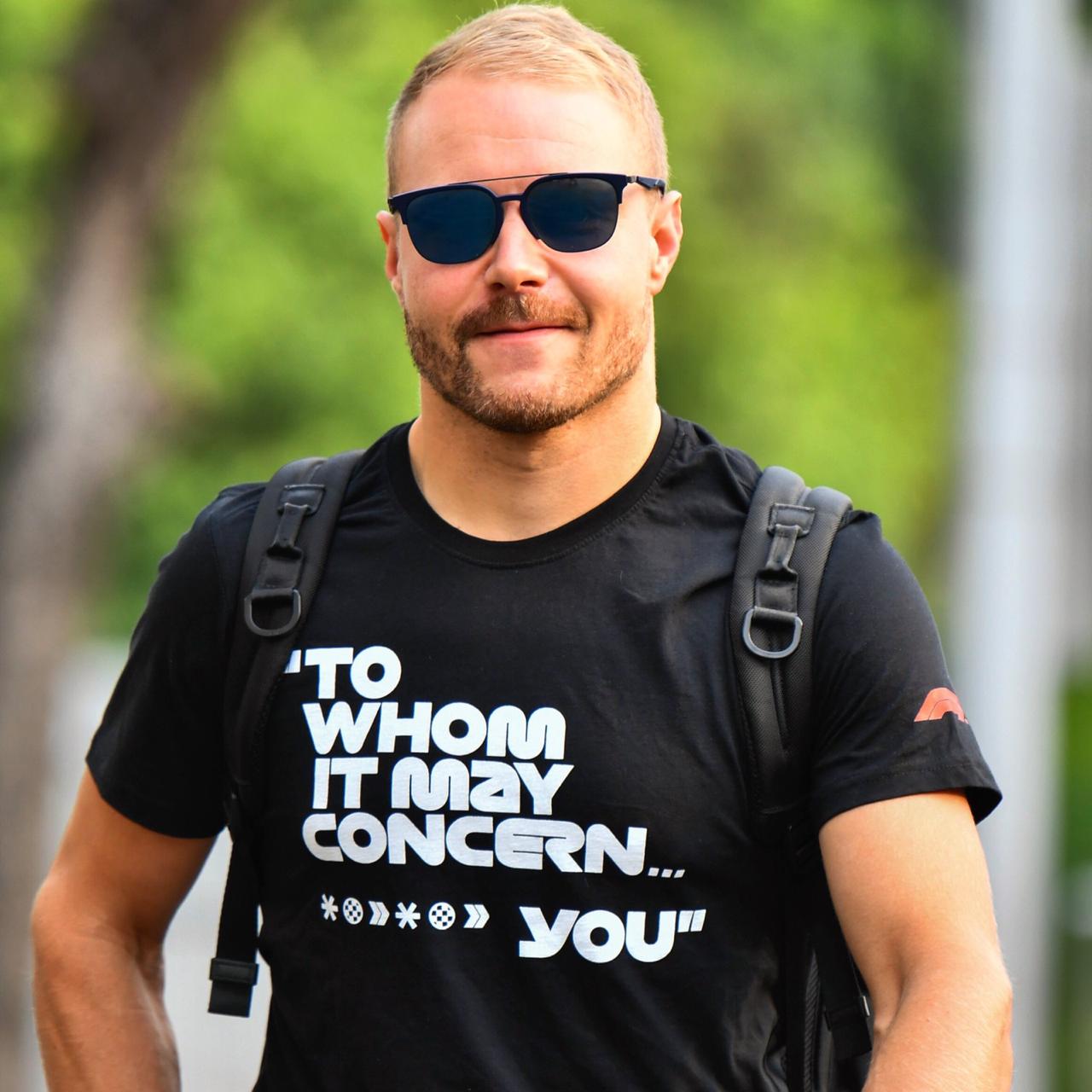 (GMM) Valtteri Bottas says he is determined to catch up with Lewis Hamilton in the areas in which he is lacking.

Recently, Mercedes boss Toto Wolff observed that the Finn sometimes "struggles" when he is closely following another car in the slipstream.

"Lewis is somehow able to get closer and go for a move. It's something he (Bottas) has to work on," said Wolff.

Bottas then arrived in the Singapore paddock on Thursday wearing a t-shirt that said on the front: "To whom it may concern, **** you".

The t-shirt is a reference to what Bottas said on the radio when he defied his critics by winning in Australia.

"After 2018, I was very upset with myself," he admitted in Singapore. "I only have one Formula 1 career and I promised myself I would do my best to show the best Bottas in 2019."

And so he is willing to take Wolff's new criticism on board.

"There have been times when it was easier for Lewis to stay behind an opponent and attack better. That's certainly one of Lewis' strengths and I have to improve that," said Bottas.

"But I've traveled to Singapore knowing that I can still do it. Yes he has a nice points gap, but what I can do is focus on how to do a better job."