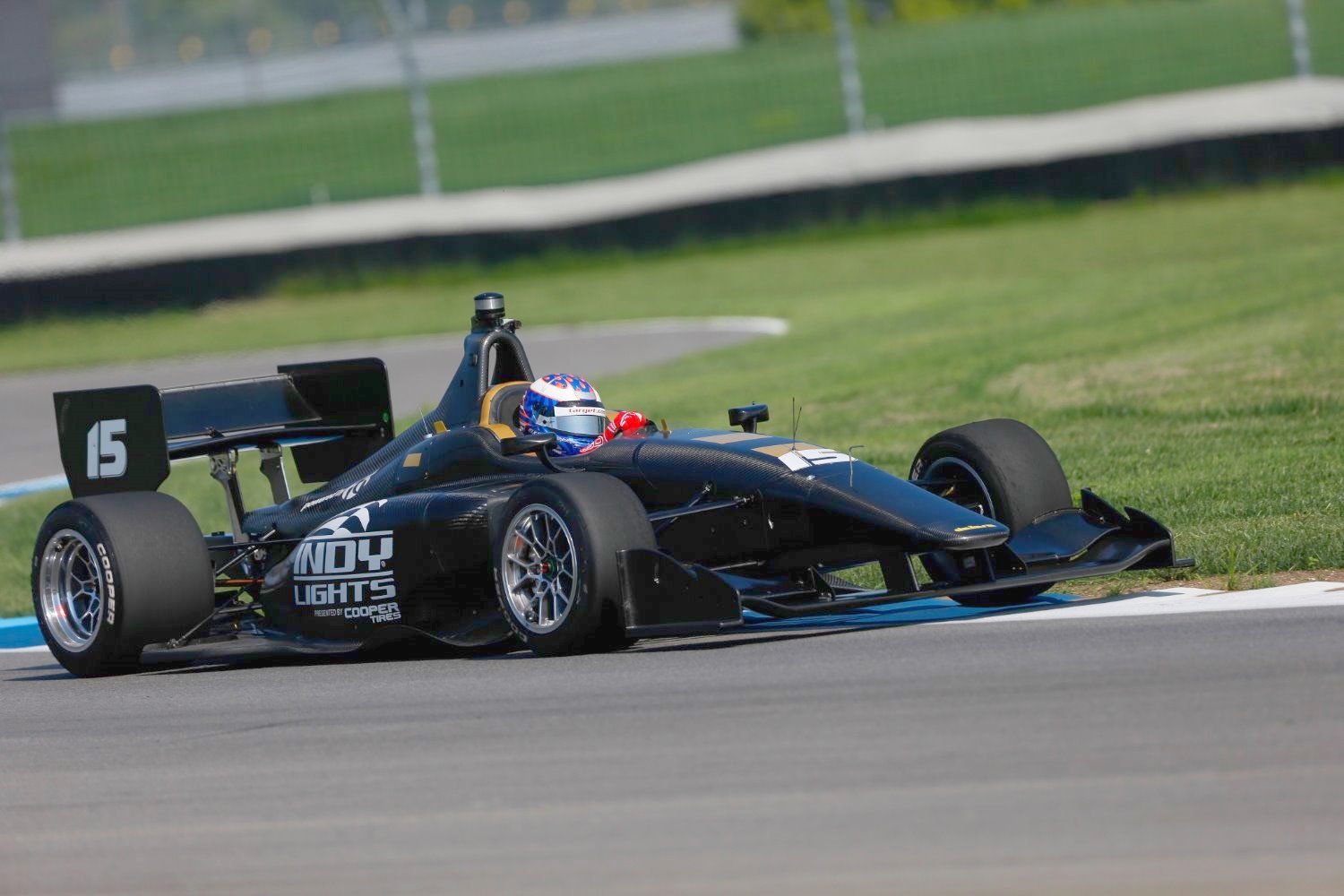 Indianapolis, Ind. – The development process of the exciting Dallara IL-15 continued today at the Indianapolis Motor Speedway with Verizon IndyCar Series stars Scott Dixon and James Hinchcliffe each taking a turn behind the wheel of the new car which will make its debut in the 2015 Indy Lights Presented by Cooper Tires. Combining for 80 laps on the 2.439-mile road course, Dixon and Hinchcliffe provided their perspectives on the progress to date.

"It was a lot of fun," said Dixon, the 2000 Indy Lights champion and three-time Verizon IndyCar Series champion who drives the #9 Dallara-Chevrolet for Target/Chip Ganassi Racing. "I think it is a fantastic stepping stone to IndyCar as far as the similarities and the way the thing drives which I think everybody has worked really hard on. The performance is very good; it is very durable and no problems. I actually spun a couple of times with the initial setup we had on it but going through the changes, the car reacted well. I think we probably went through 10 or 12 changes on the car. It reacted in a way you would think. All in all, it was good. Just a few hours but nice to drive.

"I think the biggest thing for us right now – for Indy Lights and for IndyCar – is that it is updated ten-fold over the last spec. Adding the paddle shifts and the technology that has been applied to this car makes it relative to a lot of other formulas. It will definitely attract a lot of Europeans and even more Americans to the series."

"I had a lot of fun in the car today," said Hinchcliffe. "We didn't have any problems with the car reliability-wise, everything ran smoothly and we were just taking stabs at different setup directions. For where they are in terms of mileage, I think the car is really well sorted and a lot of fun to drive and I'm looking forward to seeing how it runs next season.

"When I came up to Lights, obviously with the previous generation car, it was a lot more representative of that current generation of Indy car. Now with the DW12, it is really a good time to introduce a new chassis for Indy Lights, introduce a turbo-charged engine and I think the drivers are going to get a much better feel of what they are going to be jumping into with the DW12 – dealing with turbo-charged engines and the characteristics of that and a little bit higher downforce. For me, Indy Lights has always been a great tool to develop young drivers and really prepare them for IndyCar, and this is just the next step in that progression."

Testing will continue at the Speedway tomorrow with 2014 Indy Lights champion Gabby Chaves behind the wheel on the oval.

"It was extremely hot, in the mid 90s today," said Tony Cotman, project manager. "We ran 195 miles between the two drivers. It was very interesting getting their perspective on the chassis setup. We really appreciate both drivers taking the time to support the development of the IL-15. The team will now work deep into the evening to get the chassis ready for tomorrow's oval test with Gabby."

The Dallara IL-15 will make its next appearance at the annual Chris Griffis Memorial Open Test featuring all three levels of the Mazda Road to Indy at the Indianapolis Motor Speedway road course on September 13/14. Demonstration laps will be conducted by Josef Newgarden of Sarah Fisher Hartman Racing.

"I want to thank Scott and James for returning to the race track so soon after their season ended to help with our development process," said Dan Andersen, Owner and CEO of Andersen Promotions. "They offered great insight and perspective in numerous areas and we truly appreciate their support of the series."