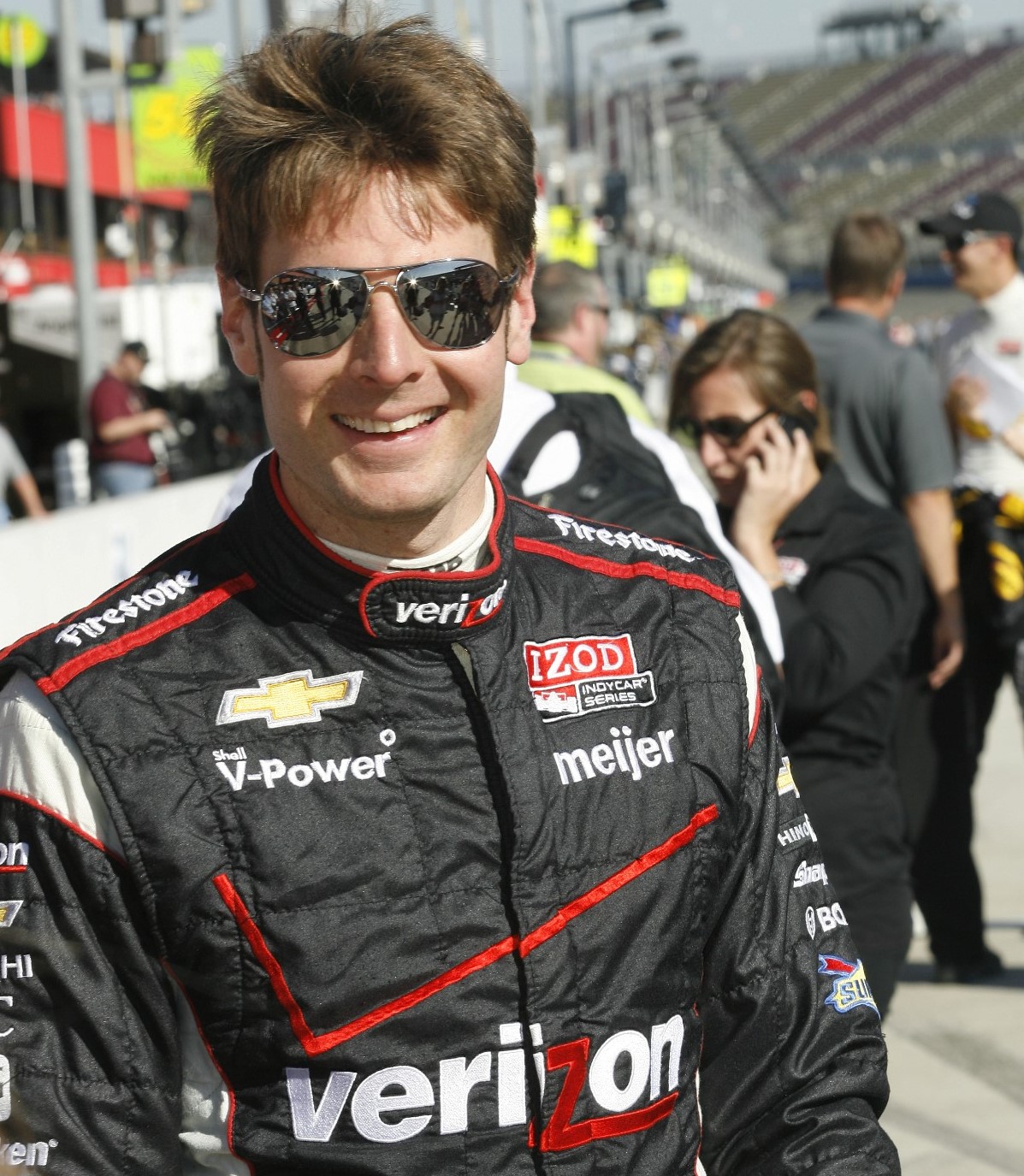 Penske vs. Pagenaud for title

For the sixth year in a row, a driver from Team Penske will compete for the Verizon IndyCar Series championship, but the competition isn't longtime rival Target Chip Ganassi Racing. Schmidt Peterson Hamilton Motorsports' Simon Pagenaud, who has battled the Team Penske's three-car entry all season, sits 81 points behind Will Power and is the only driver who can keep Team Penske from securing its first title since 2006. With double points on the line for the MAVTV 500, can the Schmidt Peterson Hamilton Motorsports driver claim his first title?

Drivers such as Marco Andretti, James Hinchcliffe, Tony Kanaan, Carlos Munoz and Graham Rahal have finished on the podium in 2014, but they are still looking for a trip to Victory Lane. Can one of these drivers win the final race of the season and become the record-tying 11th driver to win a race this season?

The MAVTV 500 will be a test of man and machine as the Verizon IndyCar Series drivers and teams will race 500 miles around one of the series' fastest ovals. Ryan Hunter-Reay claimed a dramatic win in the Indianapolis 500 in May, while Juan Pablo Montoya was the winner at Pocono in July. Who will come up on top in the final Triple Crown race of 2014?

Keep an eye on Carpenter

Ed Carpenter claimed his first win as an owner/driver when he won the MAVTV 500 at Auto Club Speedway in 2012 and would like nothing more than to win his team's final race before it joins forces with Sarah Fisher Hartman Racing in 2015. Carpenter, who won the pole for the Indianapolis 500, won at Texas Motor Speedway in June and has finished first or second in two of the last three Verizon IndyCar Series season finales. Will he keep his streak going?

The Andretti name has been a major part of auto racing history and the latest generation of the famed family hopes to find success at Auto Club Speedway. Marco Andretti hopes to do what neither his father nor grandfather did in their career – win at Auto Club Speedway. Can Marco, who also won the pole at the track in 2012, help his father Michael score his third win at the track as an owner?

James Hinchcliffe, Simon Pagenaud and Charlie Kimball all scored their first win in 2013, finished top 10 in the championship standings and established themselves as the next stars of the sport. The trio of young stars is joined by a talented rookie class that has already produced a race winner in Carlos Huertas. Will a young star be a threat to win this weekend?

â€¢ Dario Franchitti (2005) and Will Power (2013) are the only drivers to win at Auto Club Speedway from the pole position.

â€¢ Power leads Helio Castroneves by 51 points. It's the largest lead for a driver going into a final race since 2005.

â€¢ There are five drivers still mathematically eligible for the 2014 Verizon IndyCar Series championship. Power will clinch his first series title with a finish of sixth or better regardless of where Castroneves finishes.

â€¢ This is the ninth straight season that the Verizon IndyCar Series championship will be decided in the final race.

â€¢ Will Power won the season-opening Firestone Grand Prix of St. Petersburg. It was the 22nd win of his Indy car career, tying Tony Bettenhausen and Emerson Fittipaldi for 19th all time.

â€¢ Mike Conway won the Toyota Grand Prix of Long Beach for the second time in his career. It was his third Indy car win.

â€¢ Simon Pagenaud won the inaugural Grand Prix of Indianapolis, becoming the fourth different winner in as many races.

â€¢ Will Power and Helio Castroneves split the doubleheader races at the Chevrolet Indy Dual in Detroit presented by Quicken Loans – helping Team Penske sweep the wins in Detroit for the first time.

â€¢ Ed Carpenter won the Firestone 600 at Texas Motor Speedway for the first time in his career. It was his third Indy car win.

â€¢ Carlos Huertas claimed the first win of his career when he won the Shell and Pennzoil Grand Prix of Houston Race 1. He became the 211th different winner in Indy car racing.

â€¢ Simon Pagenaud won the Shell and Pennzoil Grand Prix of Houston Race 2. It was his second win of the season and fourth of his career.

â€¢ Juan Pablo Montoya became the eighth different winner in 11 races when he won the Pocono INDYCAR 500 from the pole. It was his 12th career win. He was the first driver to win the Verizon P1 Award and race this season.

â€¢ Ryan Hunter-Reay claimed his second win at Iowa Speedway in three years when he won the Iowa Corn Indy 300. Hunter-Reay was the fifth driver in a row from Andretti Autosport to win at Iowa.

â€¢ Sebastien Bourdais and Mike Conway split the doubleheader races at the Honda Indy Toronto. It was Bourdais' first Indy car win since 2007. Conway won for the second time in 2014 and the fourth time in his career.

â€¢ Will Power dominated the ABC Supply Wisconsin 250 at the Milwaukee Mile by leading 229 of the 250 laps. It was Power's third win of the season.

â€¢ Scott Dixon led the final three laps to claim his second win of the season when he won the GoPro Grand Prix of Sonoma.

â€¢ Scott Dixon tied Bobby Unser for fifth on the all-time wins list with his victory at Sonoma Raceway on Aug. 24. Dixon, the active leader for wins, won his 35th race.

â€¢ Will Power tied Ralph DePalma and Bobby Rahal for 16th place on the all-time wins list with his 24th race win at the Milwaukee Mile on Aug. 17.

â€¢ Scott Dixon extended his streak of consecutive seasons with a win to 10 seasons with his win at Mid-Ohio.

â€¢ Sebastien Bourdais moved into sole possession of eighth place on the all-time wins list with his win at Toronto's Exhibition Place on July 20. Bourdais passed Dario Franchitti and Paul Tracy with his 32nd career win.

â€¢ Helio Castroneves tied Rick Mears for 11th place on the all-time wins list with his 29th race win at The Raceway at Belle Isle Park on June 1.

â€¢ Will Power's win at St. Petersburg on March 30 extended his streak of consecutive seasons with a win to eight.

â€¢ Helio Castroneves reached 40 career poles in his Indy car career by earning the pole for the second race at Houston. Castroneves is the active leader with 40 pole positions, which is tied with Rick Mears for fourth all time.

â€¢ Will Power earned the 36th pole position of his career at Sonoma, which is sixth all time.

â€¢ With his pole at Iowa, Scott Dixon extended his Verizon IndyCar Series streak to eight consecutive seasons with at least one pole position earned.

â€¢ Helio Castroneves is the active leader in starts with 294, which is seventh on the all-time list.

â€¢ Tony Kanaan has 293 starts, which is eighth on the all-time list.

â€¢ Helio Castroneves and Scott Dixon are the active leaders in top-five finishes with 118, which is eighth on the all-time list.