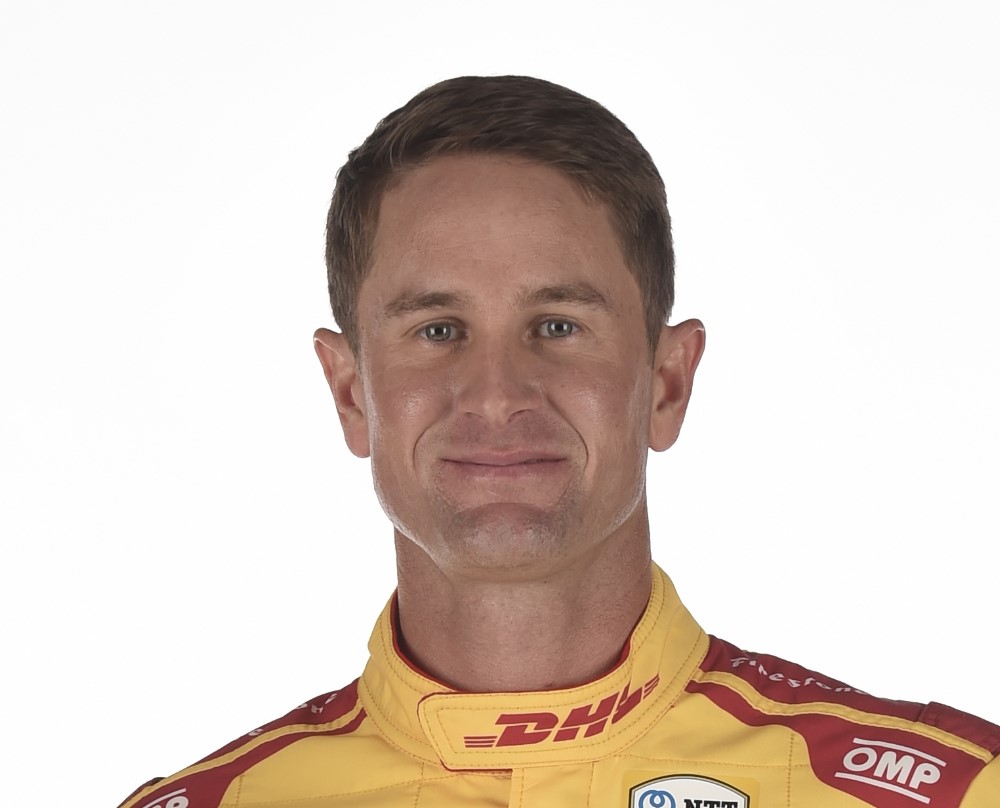 THE MODERATOR: We have 2012 NTT IndyCar Series champion and 2014 Indianapolis 500 champion Ryan Hunter-Reay.

Ryan, a year ago we went into the last race of the season, a lot of focus on the championship. I don't know if you stole the thunder, but it was nice for you to get back to Victory Lane.

Talk about your excitement to come back and the importance of trying to end the season with a victory.

RYAN HUNTER-REAY: Yeah, absolutely. We're shooting for a victory. Like you mentioned last year going from pole to winning was a big deal for us. It was a great way to end the season. Obviously I'd love to do it here again at Laguna Seca. I have a lot of great memories here at this track. Been a while, that's for sure.

On one hand we worked all those years getting the car dialed in at Sonoma to where we've had podiums there, finally winning. Yeah, then we're not going back. The addition of Laguna Seca is a big deal for us.

Been wanting this track back on the schedule for a long time, just like we had been for Road America. I think Laguna Seca and the NTT IndyCar Series go hand-in-hand. It's good to be back.

RYAN HUNTER-REAY: Yeah, I raced in Atlantic here in '02. I won that race from pole. Then I raced in CART '03 and '04. Then in my years where I was adrift at sea trying to find a ride, I raced in GRAND-AM here in a Porsche.

THE MODERATOR: You had some good road course races this season, Mid-Ohio, COTA, Portland at the end of last year, won Sonoma. Your permanent road course program has been strong. You must feel good about it this weekend.

RYAN HUNTER-REAY: I think nobody knows what to expect here. We tested in mid February with most of the field. It was a day where it was raining on and off. There were some wet spots. It was just kind of a messy test. I think everybody is starting from a clean sheet the paper here. We don't really know what to expect.

I think we're going to see tire degradation similar to Sonoma where you're going to have to have kind of a qualifying setup that's going to be drastically different from a race setup just because of how much the tires are going to degrade on this surface.

This place has seen many years, this surface, it's definitely weathered compared to the last time I've been here, just meaning it eats the tires quicker.

Q. We saw you and Alex swapping cars out there. Was there a particular reason for that or just quicker to do that?
RYAN HUNTER-REAY: Yeah, we've done that in the past, especially in testing. With the open test, an extra day like this, it gave us the opportunity to come here with drastically different setups. What would take you maybe two and a half hours to change setups, that different.

We had an opportunity where Alex and I like similar things in the car, similar setups, similar driving styles. We're both the same height kind of, build. We can jump in each other's cars with very little modifications.

We did it at the same time of day. It gives us a clear read as to the two setups, what we can then go forward with the rest of the weekend. Maybe some things from one car apply to qualifying and others to the race. It was definitely a beneficial exercise for us.

Q. What would your goal be beyond winning this week? Something you can do to help Alex? Are you focused on getting a win?
RYAN HUNTER-REAY: Yeah, I think the best thing we can do to help Alex and the 27 team is to focus on winning, put ourselves in that position like we were last year where we were up front, taking points away from the Penske cars and Scott. Really just putting ourselves in that mix.

If there's an opportunity that presents itself where we can take points away from those guys when Alex is in front of us, that's great.

We just have to focus on winning. That's really what it boils down to. Obviously team orders are not allowed. It's not like it's going to be, Hey, block this guy, move over for him then. It's more just that we need to put ourselves in a position to be good teammates, be up front taking away points from the guys he's fighting against.

Q. You just said a minute ago you were racing here in CART. Now with the IndyCar. How much different is it from CART, especially the corkscrew?
RYAN HUNTER-REAY: It was 15 years ago, so it's not the freshest memory.

I was driving a Lola/Ford-Cosworth back then. It's quite a bit different. I remember a lot more grip back then, for whatever reason. Like I said, it's been a long time.

Yeah, definitely feels that way. It's a handful out there right now. It's difficult. It feels more difficult right now than it was back in '04 with more grip.

Q. There's so many moving parts in a race. You have four championship contenders. There's a lot on the line for you and other racers that are riding for an upgrade or a ride. How difficult is it to manage? You don't want to get in the way of a championship contender, but you have your own race to win.
RYAN HUNTER-REAY: Absolutely. You have to focus on your job, right, and winning for your team, winning as a team for your partners. But, yeah, you cannot trip those guys up. We've had that in the past. It's not something you that can do. You can't get in their way. Not get in their way, but you don't want to be involved in anything that would have an impact on that championship with the last race being double points.

Q. How tense were you going back to 2012? That was such an up-and-down race because Will crashed, then came out, climbing back where he could end up winning the championship. You won it in a real fight.
RYAN HUNTER-REAY: Yeah, absolutely. It was just such a crazy year. We won Baltimore, were in the mix of it. In Sonoma on the last restart, running third. Tag got into the back of us, turned me around, put me in the back. That put us behind the eight ball going into Fontana.

Will and I were fighting for the 14th spot. I'm not sure why we were both back there. We both qualified towards the rear of the field. Fighting hard for 14th spot. He crashed. Came a foot or two from taking me out completely with him.

What I couldn't believe was I couldn't believe somehow that team got him back out. It made it so we had to end up finishing three spots further up than we would have if they just stayed in the garage. That goes to show persistence and resiliency in those circumstances really pays off for a championship-contending team.

Yeah, we had to finish I think fifth to win the championship. We finished fourth. It was very close, too close.

Q. You mentioned the tire deg is significantly increased from last time. Do you think that might have an impact? People say it's difficult to pass here. Will that help with the passing opportunities? Qualifying, everybody is saying it's going to be important. Do you expect it will be a track position race?
RYAN HUNTER-REAY: Right now I'm guessing that the tire degradation is going to make more racing than there would be, absolutely. I think there will be guys that are struggling more so on older tires than others. You're going to have comers and goers that way. It is a track position race. Let's face it, not a lot of long straightaways leading up to corners.

I think it's going to be very interesting with tire deg. It's tough to put the tire down on older tires. That is definitely going to spice it up.

Q. Qualifying?
RYAN HUNTER-REAY: Qualifying is going to be important so you can stay up there. Some guys are just going to go either forward or backward based on that tire degradation compared to others.

Q. With the universal car, it seems to be very successful in terms of competition. There's a lot of passing going on. Mid-Ohio used to be a follow-the-leader track. Last two years, seen phenomenal races there. I would think Laguna Seca would be similar. Do you think drivers are going to be able to get side-by-side and pass each other here?
RYAN HUNTER-REAY: Like I just mentioned, it's going to come down to when the rear tires start to fall off, who is using them more. I think the drivers are going to have to save the tires with their right foot and feet. Who has the more conservative setup, potentially saving those rears with a car that's maybe not ultimately the fastest.

I don't know. I've only been out there one session so far. I can tell you the tire deg will definitely be an issue. I think it will create some more racing.