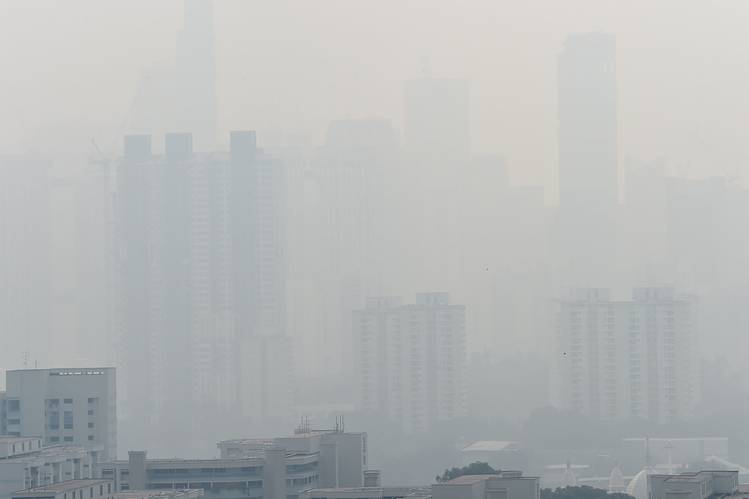 UPDATE According to officials, the air quality situation is “highly interchangeable", meaning it is “not possible to reliably predict" the Pollutant Standards Index (PSI) for the weekend.

On Wednesday, PSI readings in Singapore ranged between 116 and 128.

The situation will be monitored “closely" with the Grand Prix weekend scheduled to go ahead as planned.

“The Singapore race organizers have covered the issue of air quality in the contingency plan for this year’s Grand Prix alongside stakeholders, government bodies and the Formula 1 community," a spokesperson said.

“Race organizers have taken measures to reduce the impact of the haze for the race weekend.

“They have put in place a number of measures, including public information at the circuit."

09/16/19 (GMM) A literal dark cloud has descended over this weekend's Singapore GP.

Local reports say forest fires in Indonesia have made the air unhealthy to breathe in the city-state.

Promoter Singapore GP issued a statement saying a "plan" is now in place.

"In the event that the haze causes visibility, public health or operational issues, Singapore GP would work closely with the relevant agencies before making any collective decisions regarding the event," it said.

Meanwhile, if the race goes ahead as planned, Ferrari has warned that it is unlikely to complete a hat-trick of victories.

Charles Leclerc won at high-speed Spa and Monza, but team boss Mattia Binotto said: "We will have more trouble again in Singapore."

And he doesn't think the gap to Mercedes will be closed before the end of the season, either.

"I do not think we will catch up our deficit on circuits that require maximum downforce. The gap is too big for that," said the Italian.