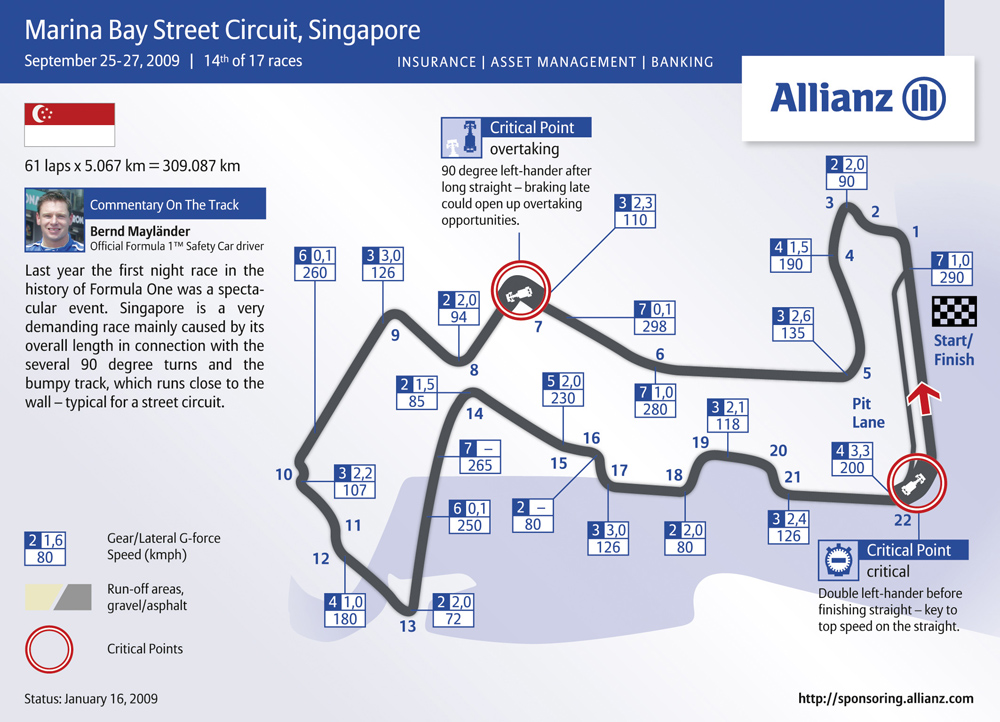 The FIA, has added a third DRS zone to the Marina Bay circuit for this weekend's Singapore Grand Prix.

In an attempt to prevent a parade on the street circuit, a new DRS zone has been added between Turns 13 and 14.

The detection zone will be placed about 100 meters before Turn 13.

The other two DRS zones, which were already in place in previous races at Marina Bay, are located on the pit straight and between Turns 5 and 7.