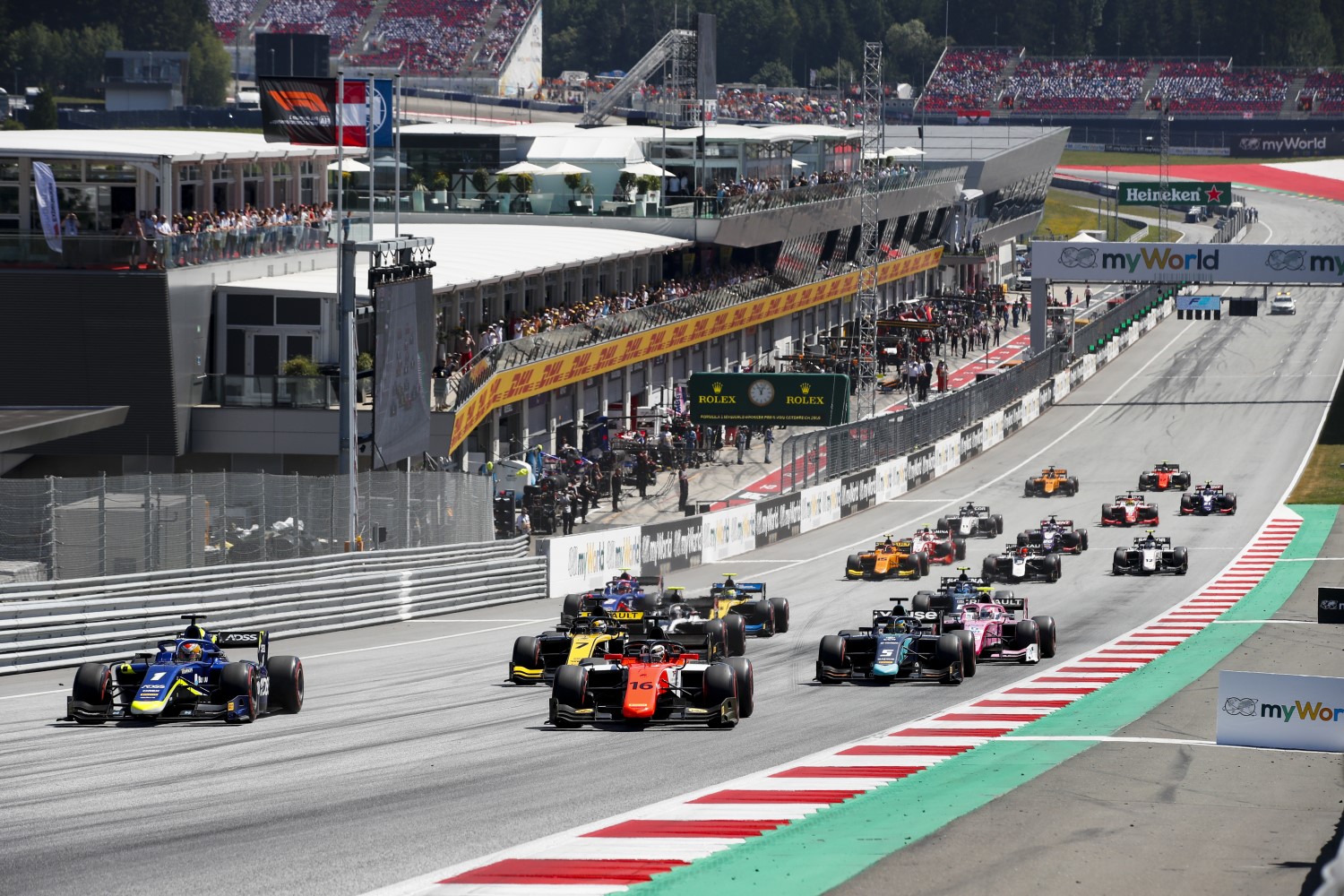 The 2020 FIA FORMULA 2 Championship calendar has been unveiled. Once again, it will consist of twelve rounds in total, all support events of the FIA Formula OneÂ® World Championship. Eight rounds will be held in Europe, including new venue Zandvoort in the Netherlands, whilst four flyaway events will complete the calendar.

The fourth season of the FIA F2 Championship will commence overseas at the Bahrain International Circuit on March 20-22. The paddock will then return to Europe starting with Zandvoort in the Netherlands on May 01-03, then Barcelona in Spain the following week. Monte-Carlo will wrap up the busy month of May with Round 4 on 21-23.

The Championship will fly to Baku, Azerbaijan on June 05-07, and will return to Europe at Spielberg in Austria on July 03-05 followed by Silverstone in Great Britain on July 17-19. Budapest will host Round 8 on July 31-August 02 before the summer break. The action will pick-up again at Spa-Francorchamps on August 28-30, back-to-back with Monza, Italy the first week of September.

The paddock will then fly to Sochi, Russia on September 25-27, with the season finale taking place once again at Yas Marina on November 27-29.

The pre-season testing calendar will be confirmed at a later date.

FIA Formula 2 CEO Bruno Michel said: “Next season, our calendar will once again be made of twelve rounds, all part of the Formula 1Â® Grand Prix weekends. We kept the number of events to the same amount as the previous two years as we have found the right balance between European rounds and overseas race weekends.

“I can confirm that more tracks would have liked to have F2 race there, but as always, we want to ensure that our Championship remains affordable by keeping the costs under control and thus the number of events to a total of twelve."

FIA Single-Seater Commission President, Stefano Domenicali, said: “We are pleased to confirm the calendar for the 2020 FIA Formula 2 Championship, which will once again put the stars of the future under the spotlight supporting 12 rounds of the FIA Formula One World Championship. The calendar has been carefully designed to provide the maximum experience and exposure on the final step towards F1 whilst keeping costs down."

*Approved by the WMSC