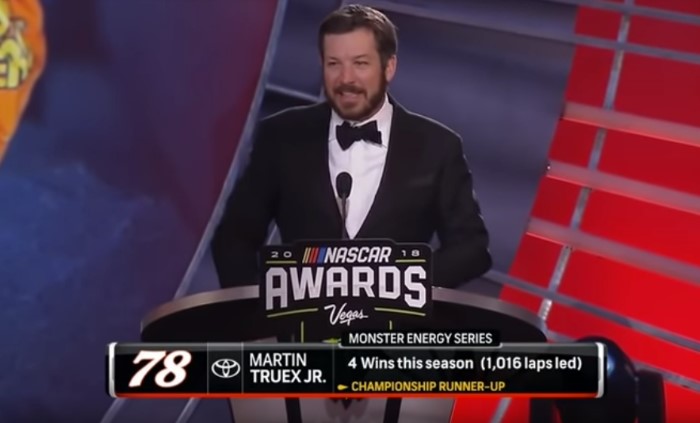 Nashville is getting more than just the NASCAR Monster Energy Cup Awards banquet and show in December.

The announcement came in the spring that the awards show was moving from Las Vegas to Music City Center on Dec. 5.

On Monday, Nascar.com writer Marissa Fuller announced in a story that NASCAR Champion's Week also will be here Dec. 3-5.

Champion's Week will combine music and racing and include driver appearances and lots of other fan-friendly events on the streets of downtown.

On Dec. 3, NASCAR Night, a show with a NASCAR theme, will take place at Ryman Auditorium.

On Dec. 4 from 6-8 p.m., each of the 16 drivers from the Monster Energy Cup Series Playoffs will take part in a neon-lit street show.

Over the three-day event, drivers will be available for autographs and photos at different locations.

Champion’s Week will end Dec. 5 with the awards banquet and show at 6 p.m. at Music City Center.