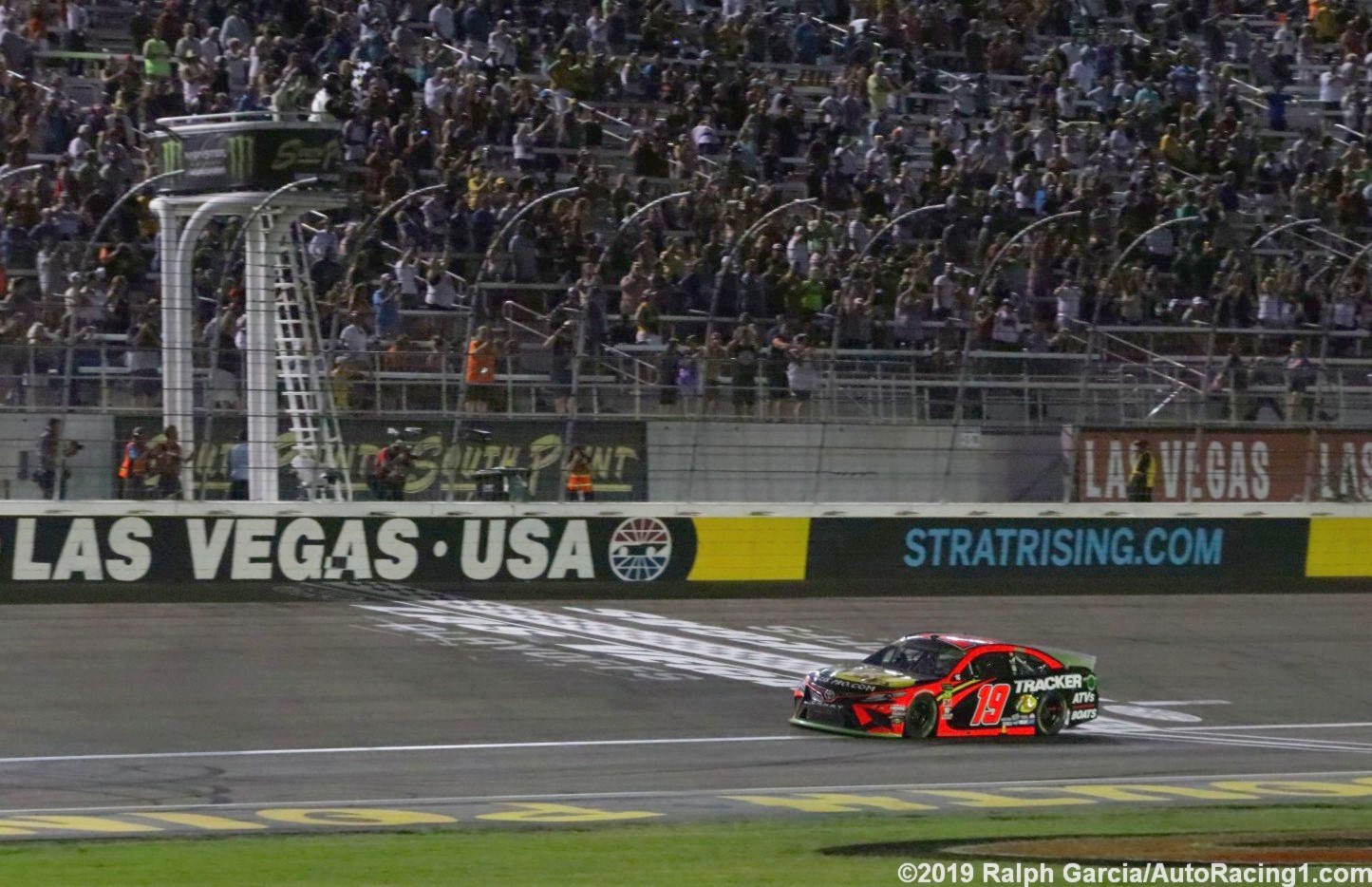 With a later start time to "offset the September heat and televised pro football," the "frontstretch grandstand was nearly filled at the start of the race" all the way until Martin Truex Jr. earned the checkered flag LAS VEGAS REVIEW-JOURNAL