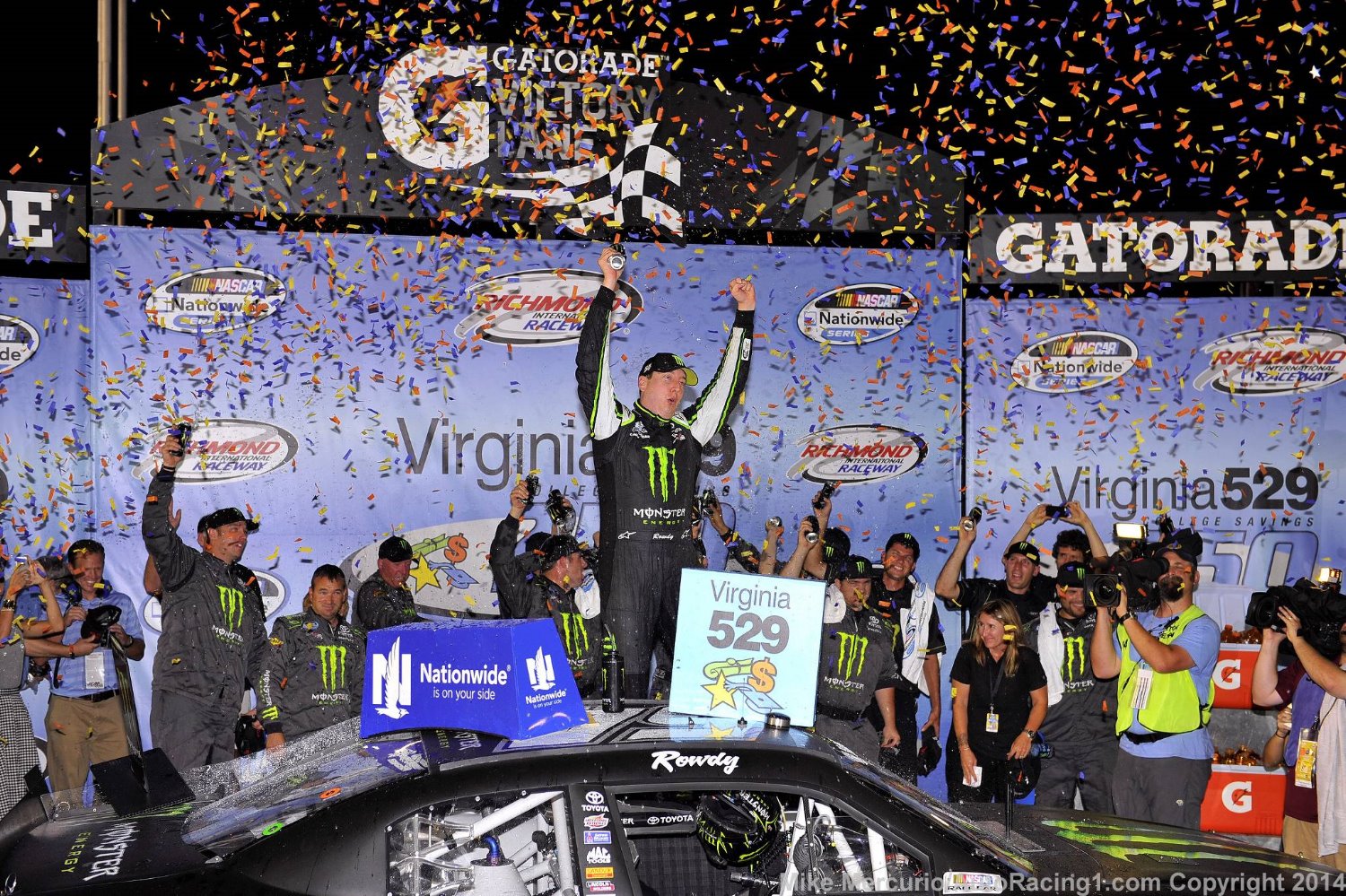 Kyle Busch led every lap in a dominating wire-to-wire victory in Friday night's NASCAR Nationwide Series race at Richmond International Raceway for his season-leading fourth win of the season.

Busch started on the pole and led all 250 laps, holding on through six restarts including one final yellow flag with 18 laps to go, beating out rookie Chase Elliott and NASCAR veteran Kevin Harvick. Ryan Blaney and Brian Scott rounded out the top five.

It was the 67th-career victory for the all-time Nationwide wins leader, and his fifth Nationwide Series win at Richmond.

Busch was also the last Nationwide driver to lead every lap in a race, leading all 200 laps at Phoenix in February 2011, but hadn't won a Nationwide race at Richmond since 2011.

"It's been a while, if you think about it," said Busch. "You never think you will be that good, but I knew we had a good shot at being able to run good tonight."

Although he led all 250 laps, it wasn't all a walk in the park for Busch.

Throughout the race, whenever Busch opened up any kind of a lead, a caution would wave wiping out his cushion, and Elliott and Harvick were right there to put on the pressure during the final restarts.

The last round of pit stops gave Busch's pursuers one final shot, but Busch beat everyone off pit road – and that was all she wrote.

Busch took off from Elliott and Harvick on the final restart and never looked back, winning by nearly one-and-a-half seconds.

"It took about 30 laps for us to swing the times the other way, then it would come off in big two- or three-tenth chunks," said Harvick. "I just didn't have a chance after that last caution came out. I think we would have caught him if the caution doesn't come out as fast as we were making up time."

For Busch, the closing laps were reminiscent of several recent races where he's led the most laps, only to see victory slip away in the final laps, most notably two weeks ago at Bristol.

"We've had a lot of bad luck lately, and it feels good, trying to get some mojo back," said Busch. "Get ready for tomorrow night (Cup Series race), see what we can salvage there and roll on into the Chase."

Chase Elliott tallied his fourth-straight top-five finish and 11th of the season. His second-place showing was his second straight at Richmond, finishing runner-up to Harvick back in April.

"We were fighting the same things since we got here," Chase said. "We were a little bit off from the time we unloaded. At times, we had our car driving okay, but we just didn't have the speed. We needed a little bit of grip here and there. We weren't much better than we were in the spring race; we still have a lot of work to do. The 54 guys (Busch's team) did get better from the spring race."

Elliott's runner-up finish allowed him to open up some distance over Regan Smith in the series points race, gaining four points to increase his lead to 19 over Smith, who finished in sixth place.