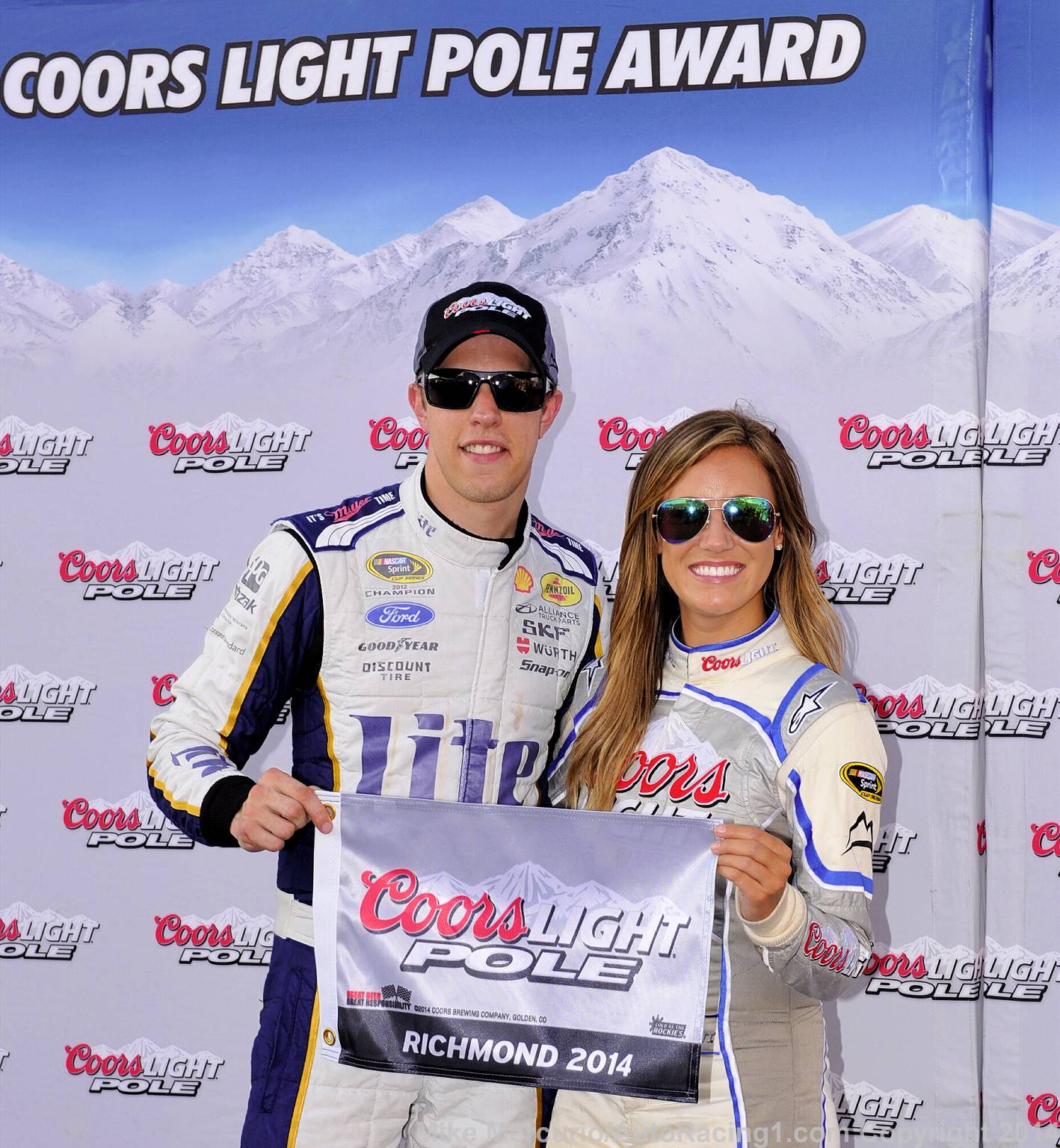 Keselowski was the first driver on the track for the second and final round of knockout qualifying and turned in a lap of 21.324 seconds (126.618 mph) around the Â¾-mile oval to notch his seventh-career Sprint Cup Series pole.

Jeff Gordon, who topped the first round of qualifying, took the outside pole with a lap of 21.422 seconds (126.039 mph), followed by Jimmie Johnson, Kevin Harvick and Joey Logano.

Front-row starts seem to be easier to come by this season for Keselowski, under the new "knockout" qualifying format, with his four poles this season more than doubling his career total.

"It is certainly notable," said Keselowski of his newfound qualifying success. "My cars are significantly faster this year in qualifying trim than they ever have been. When you combine that with this format perhaps suiting our style a little better it is kind of a double whammy.

"I think it is more than just the format. I think with this format you have to be much more calculated and think ahead a lot more and you are rewarded for that."

Keselowski is one of five drivers – including Johnson, Gordon and Logano – who are tied at three wins a piece and fighting to be the top seed when the Chase for the Sprint Cup begins next week at Chicagoland Speedway.

Keselowski for one would love to score his first Richard Cup win to break that tie.

"I would love to get that fourth win," said Keselowski. "We have three wins and that is a great start to the season and something we can hang our hat on heading into the Chase but there are five guys all tied for first and I think we are all kind of about the same right now. It would be nice to put up another win and be kind of the lead dog so to speak."

Friday afternoon's searing track temperatures had teams scrambling to adjust their cars accordingly, made even more difficult but a longer-than-normal wait time to get through inspection.

Johnson, who posted his 15th top-10 start at Richmond and 13th of the season, was among several drivers who commented on the disparity of having the team's practice and qualify in the daytime – where the track temperatures are at their hottest – and then race at night.

"It's baffling to (the drivers) how we practice all day long and then race at night," said Johnson. "Jeff (Gordon) and I were talking about this before practice even started – it would make more sense to have a Cup practice after the Nationwide race, and let us practice at night to get ready for a night race."

"Come in later and practice later," added Gordon. "This tire seems to be laying a lot of rubber down. And so it looked like during the day, especially in the heat, it was laying rubber in the groove kept getting wider and wider. You just don't know if it's going to do that at night."

Clint Bowyer, who is one of six drivers vying for the final two spots in the Chase for the Sprint Cup field, qualified sixth ahead of Ricky Stenhouse, Jr. Kyle Larson, who is also in the hunt for a Chase spot, qualified eighth. Kurt Busch and Carl Edwards – both already qualified for the Chase – rounded out the top ten.

Clay Rogers was the lone non-qualifier for the event.