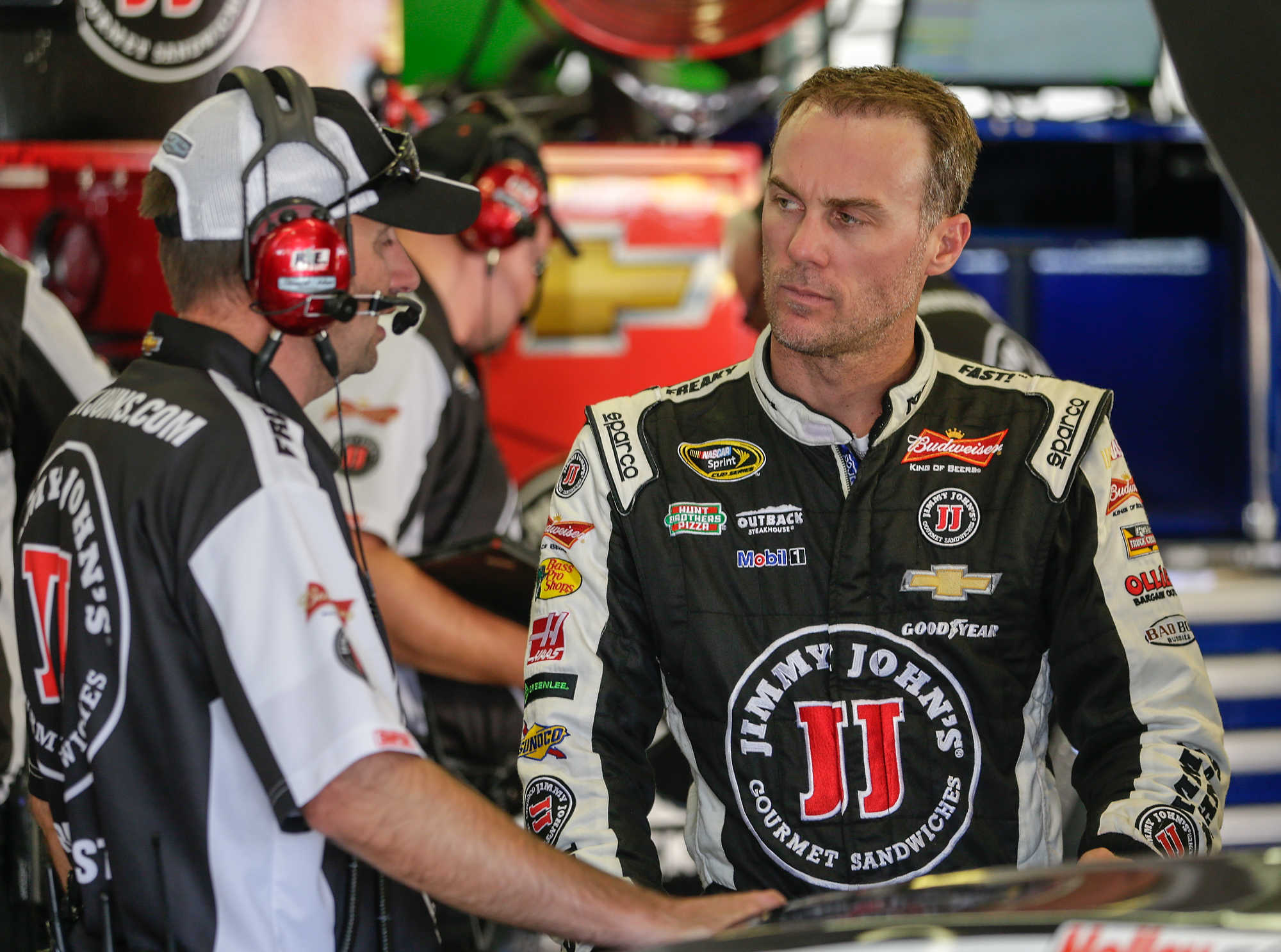 Harvick's series- leading sixth pole of the season came just hours after his teammate and team co-owner Tony Stewart made an emotional statement in his first public appearance since being involved in a fatal sprint car accident at Canandaigua Speedway that claimed the life of a driver Kevin Ward, Jr.

Stewart's return to the race track on Friday proved to be an uplifting moment for the entire Stewart-Haas Racing organization, and Harvick felt the benefits right away in qualifying.

After a poor showing in the opening round, Harvick rallied to finish runner-up behind Kenseth in the second round, thanks to advice from Stewart on the right line to follow during his final qualifying run.

"The first round wasn't very good due to the driver not doing a very good job," said Harvick. "(Stewart) told me to go doing what I had been doing and I felt like I had made a mistake the first run. I never really got in the rhythm of doing exactly what he was doing and he told me to go back to the way I was practicing and used to going around the race track. He was definitely a big help in making sure that he already run, knowing that he was going to be better lower."

"It is good to have Tony back. To be able to communicate and talk to him about racing and just see him start that first step of getting back to normal, as his friend, is exciting to me."

Stewart, who has sat out the last three races, qualified 12th.

Earlier in the day, Stewart address the media for the first time since the incident on Aug. 9, saying he decided not to compete in the previous three races. "out of respect for Kevin and his family, and also to cope with the accident in my own way".

"This has been one of the toughest tragedies I've ever had to deal with both professionally and personally," Stewart said. "This is something that will definitely affect my life forever. This is a sadness and a pain that I hope no one ever has to experience in their life."

Stewart declined to answer any questions about the accident, citing the current ongoing police investigation, but said that his missed his teammates and his racing family, hoping coming back to the track will help me get through this difficult time".

Harvick agreed that getting back in the race car might be the best way for Stewart to begin coping with the tragedy.

"Inside that race car, there is just something about being in there and being in that zone and not having to listen to anybody else," said Harvick. "The only people that are talking to you are talking about racing and how your car is handling and you get inside this zone that you stay focused on and you don't have to think about anything else. It is therapeutic."

Keselowski runner-up effort was his seventh-straight top-10 start and his career-best Atlanta start – still looking for his first win at the 1.5-mile oval.

"It's by far the best qualifying effort I've ever had here," said Keselowski. "That's a testament to the team and the work they've done and trying to be better. We're having a phenomenal season, but I just wish it would have been one more spot instead of second to first-place, but that's the way it goes and hopefully we can find that one more spot here Sunday night."

Martin Truex, Jr., Aric Almirola, Kyle Busch, Jeff Gordon and Kasey Kahne made up the rest of the top 10 qualifiers. Michael McDowell was the only driver who failed to qualify.