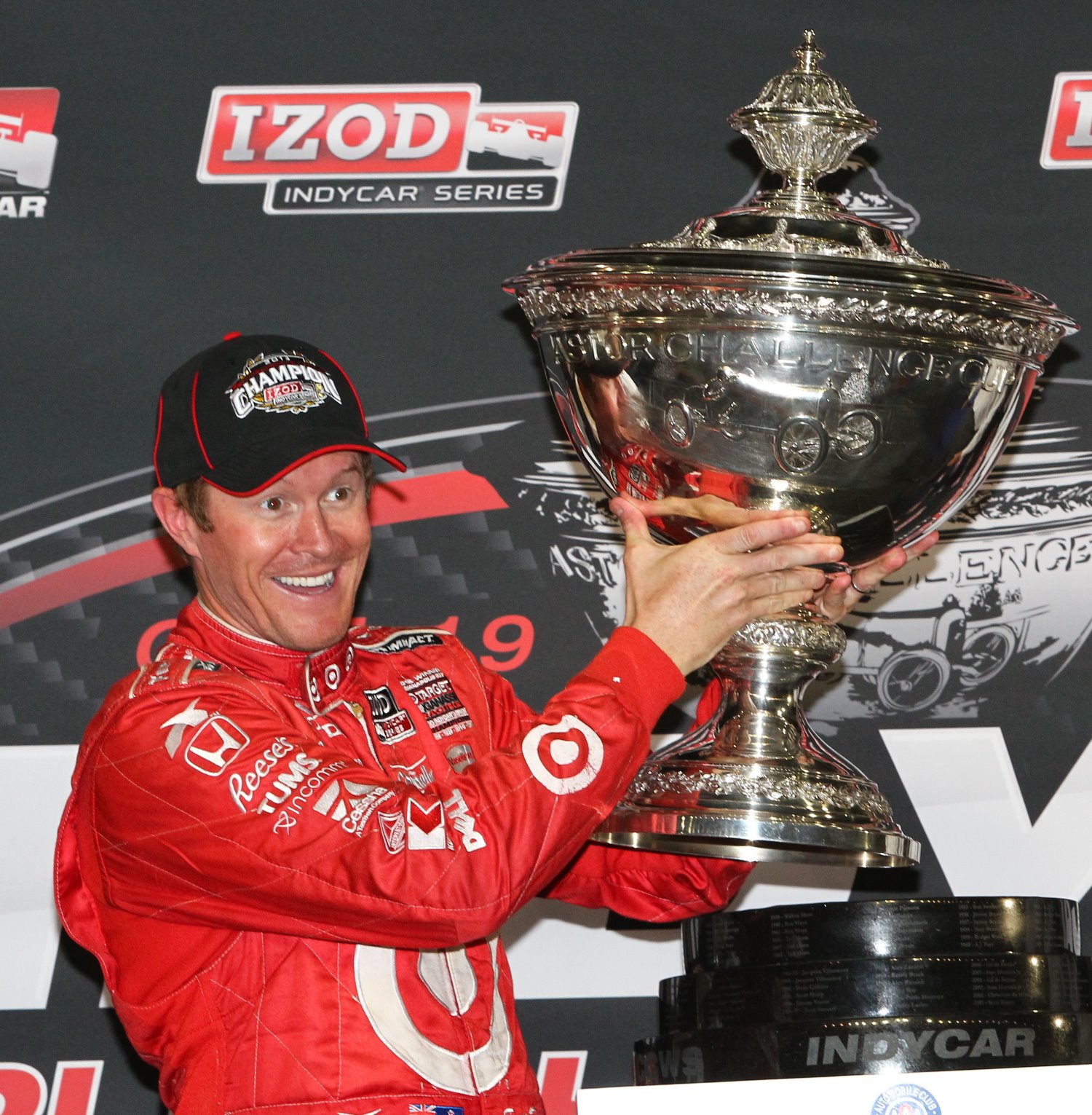 Will Power's win yesterday in the ABC Supply Wisconsin 250 at the Milwaukee Mile gave the driver of the #12 Verizon Team Penske Chevrolet a 39 point lead over teammate Helio Castroneves. That advantage certainly gives Power the edge over Castroneves, but with 158 points available in the remaining two races (Fontana being double-points), the title remains up for grabs between the Penske duo.

As for anyone else?

And if you're looking to make sense of double-points, bonus points, tiebreakers and the whole two races but three races worth of points thing, well, you've come to the right place.

Today, AutoRacing1 will look at the factors in play for the 2014 Verizon IndyCar Series championship, and provide you with a guidebook for the scenarios that could play out over the next weekends.

Now, for the purposes of this article, let it be noted that we differentiate from mathematical and realistic contention. Mathematically, anyone within 158-159 points of Power (depending on tiebreakers) is alive for the championship. Realistically, it’s worth noting that there are only 22 cars are expected to race at both Sonoma and Fontana. Unless that changes, the Aussie will earn a minimum of 22nd-place points (24 in total) for merely starting both races. And throughout the article we differentiate between the two.

So without further ado, AR1 will present the scenarios for each of the six remaining contenders, and what they need to do to lift the Astor Cup, starting with championship leader, Power

Can Power clinch the title at Sonoma?

No. There are scenarios, in which he can eliminate Pagenaud, Montoya, Hunter-Reay and Dixon. But Power cannot mathematically eliminate Castroneves from contention this weekend. Even if Power were to score maximum points and Castroneves didn't run, the Brazilian will go to Auto Club Speedway with a mathematical chance of winning the title.

But a win this weekend would go a long way to helping the title cause?

Yes. Should he win this weekend, Power would need no more than an eighth-place finish at Fontana in two weeks to clinch the title. A win also would eliminate Hunter-Reay, Montoya and Dixon. Further, if Power wins, and Pagenaud finished worse than second, the Frenchman would be eliminated from title contention.

The simplest way for Power to win the title in the last two races is….a finish of second or better at both Sonoma and Fontana clinches the title for Power, no matter what any of the other contenders do.

To win the title Castroneves must…Outscore Power by 40 points in the remaining two races (keep in mind Power has tiebreaker advantage, over Castroneves). While winning both of the final races will help, Castroneves does not control his own destiny, as Power can finish second twice and win.

Can Pagenaud be eliminated from title contention this weekend?

Yes. If Power outscores the Frenchman by 13 or more points, Pagenaud will be eliminated from title contention.

Presuming Power starts both races, to win title Pagenaud must at minimum…Finish in the top-two in one of the final races. Also, if Pagenaud finishes outside the top-3 at Sonoma, he will need to win Fontana and receive help to beat Power.

Presuming Power starts both races, to win the title Hunter-Reay must at minimum…Finish second or better in the season finale at Fontana, and receive lots of help. Also, under this scenario any finish this weekend worse than sixth eliminates Hunter-Reay.

Montoya is mathematically eliminated at Sonoma if…He doesn’t outscore Power by at least 11 points, and/or Castroneves outscores him by 32 or more points.

Presuming Power starts both races, to have any shot at the title Montoya must…Win one of the remaining races, preferably Fontana. Even with a victory at Sonoma, anything worse than second at Fontana means Montoya would be relying on bonus points.

Dixon is mathematically eliminated at Sonoma if…He does not finish sixth or better.

Presuming Power starts both races, to have any shot at the title Dixon must…Win both Sonoma and Fontana and get A LOT of help.