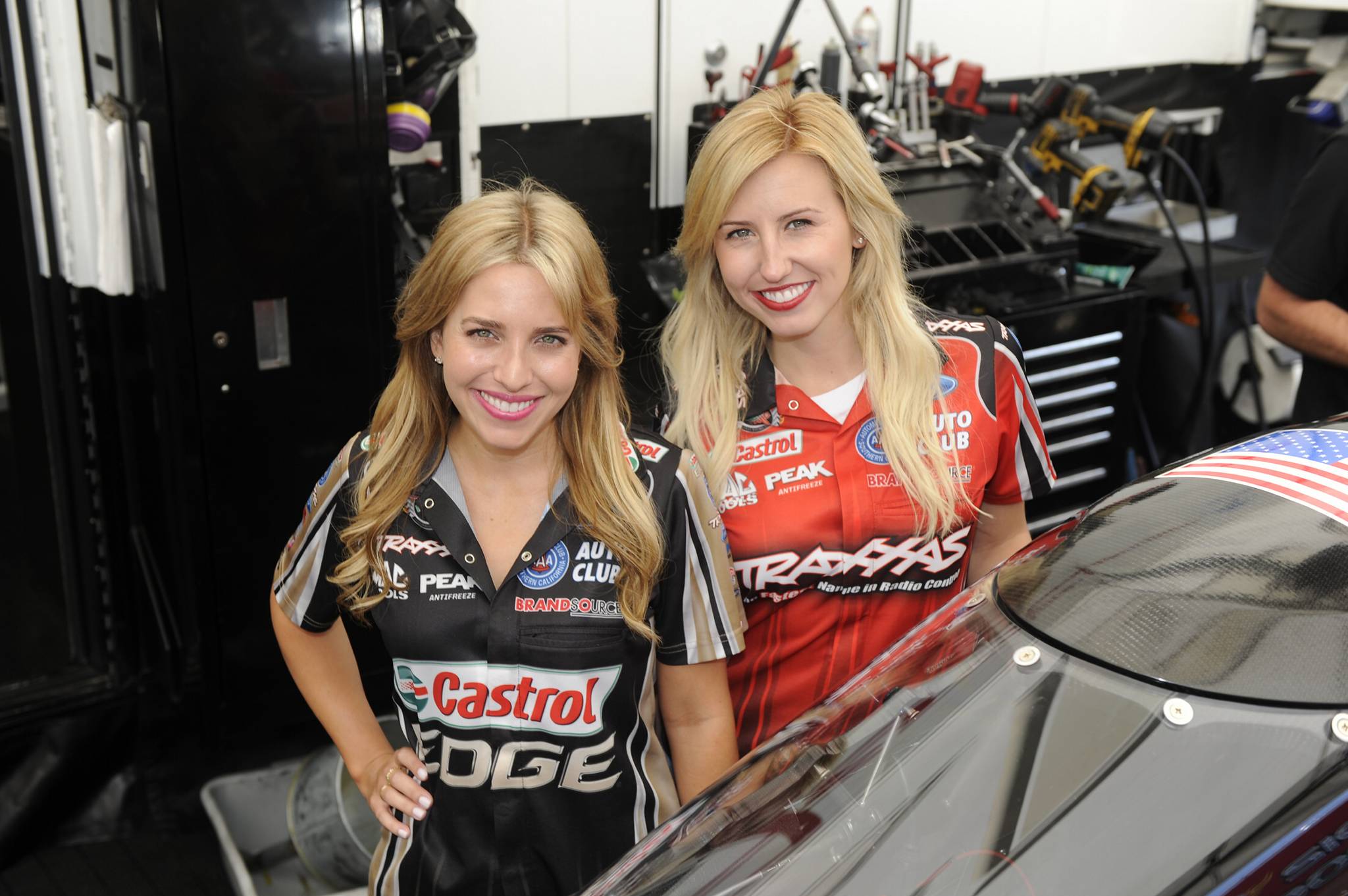 In Top Fuel, Brittany Force claimed her third No. 1 qualifier of the season and third of her career with a 3.762 at 325.53 in her Castrol EDGE dragster. Force, who started in the top spot at Topeka and Bristol, will open eliminations against Clay Millican.

"I'm definitely excited," Force said. "To be number one, that's where we want to be. I'm proud of my entire team, they've worked hard."

Top Fuel points leader Doug Kalitta qualified in the No. 2 position in his Mac Tools dragster and will race Steve Chrisman. Seven-time world champion Tony Schumacher drove his U.S. Army dragster to the No. 3 qualifier with his 3.793 at 323.43, good enough to earn him a first round matchup with Terry McMillen.

Courtney Force topped Funny Car qualifying with her Friday run of 4.045 at 319.22 in her Traxxas Ford Mustang. It is her third No. 1 qualifying position of the season and sixth of her career. Force will race Peter Russo in the first round of eliminations.

"For my Traxxas team, I'm just excited," Force said of her Friday night pass that held through the final two sessions. "We had a good run Q2. Obviously it cooled off and it was a good track for anyone to make a good run on."

Two-time Funny Car world champion Cruz Pedregon is the No. 2 qualifier after his Snap-On Tools Toyota Camry ran a 4.051 at 311.92, setting up a matchup with Gary Densham in round one. 16-time world champ John Force will start in the No. 3 spot following a 4.070 at 313.73 in his Castrol GTX High Mileage Ford Mustang. Force, who will face Paul Lee in the opening round, will make his 650th national event start, breaking a tie with Pro Stock legend Warren Johnson for most all-time.

Sunday will mark the second time two sisters have started No. 1 at an NHRA Mello Yello Drag Racing Series. Brittany Force and Courtney Force also achieved that feat earlier this season at Topeka.

Gray clinched his third Pro Stock No. 1 qualifying position of his career with a 6.539 at 212.13 in his Gray Manufacturing Chevy Camaro. Gray, who also was top qualifier earlier this season at Bristol and Epping, will have a bye in the opening round.

"I didn't realize we could speed up like that," said Gray following his improvement from Friday's runs. "The guys did a great job. What was so neat about this deal was my guys back at the shop built an engine the day before yesterday."

Jason Line, the No. 1 qualifier last weekend at Denver, will start No. 2 in his Summit Racing Chevy Camaro following a 6.541 at 211.79. He will open eliminations against Joey Grose. Denver winner Allen Johnson was third quickest in qualifying, driving his Magneti-Marelli Dodge Dart to a 6.547 at 212.16. He will face Tommy Lee.

In Pro Stock Motorcycle, Savoie ran a 6.810 at 197.86 on his Savoie's Alligator Farm Suzuki to secure his first career No. 1 qualifier. He faces Chaz Kennedy in the first round.

"We ran good over here last year," Savoie said. "It's a really fast track but for a Suzuki to go an .81 is really really strong."

Eddie Krawiec turned in a pass of 6.814 at 195.59, good enough for the No. 2 starting spot in Sunday's field. His Screamin' Eagle Vance & Hines Harley-Davidson will open with Freddie Camarena. MiraMonte Records Pro Bike Battle winner Andrew Hines qualified third, with a 6.818 at 195.79 on his Screamin' Eagle Vance & Hines Harley-Davidson. He will race Katie Sullivan to start eliminations.