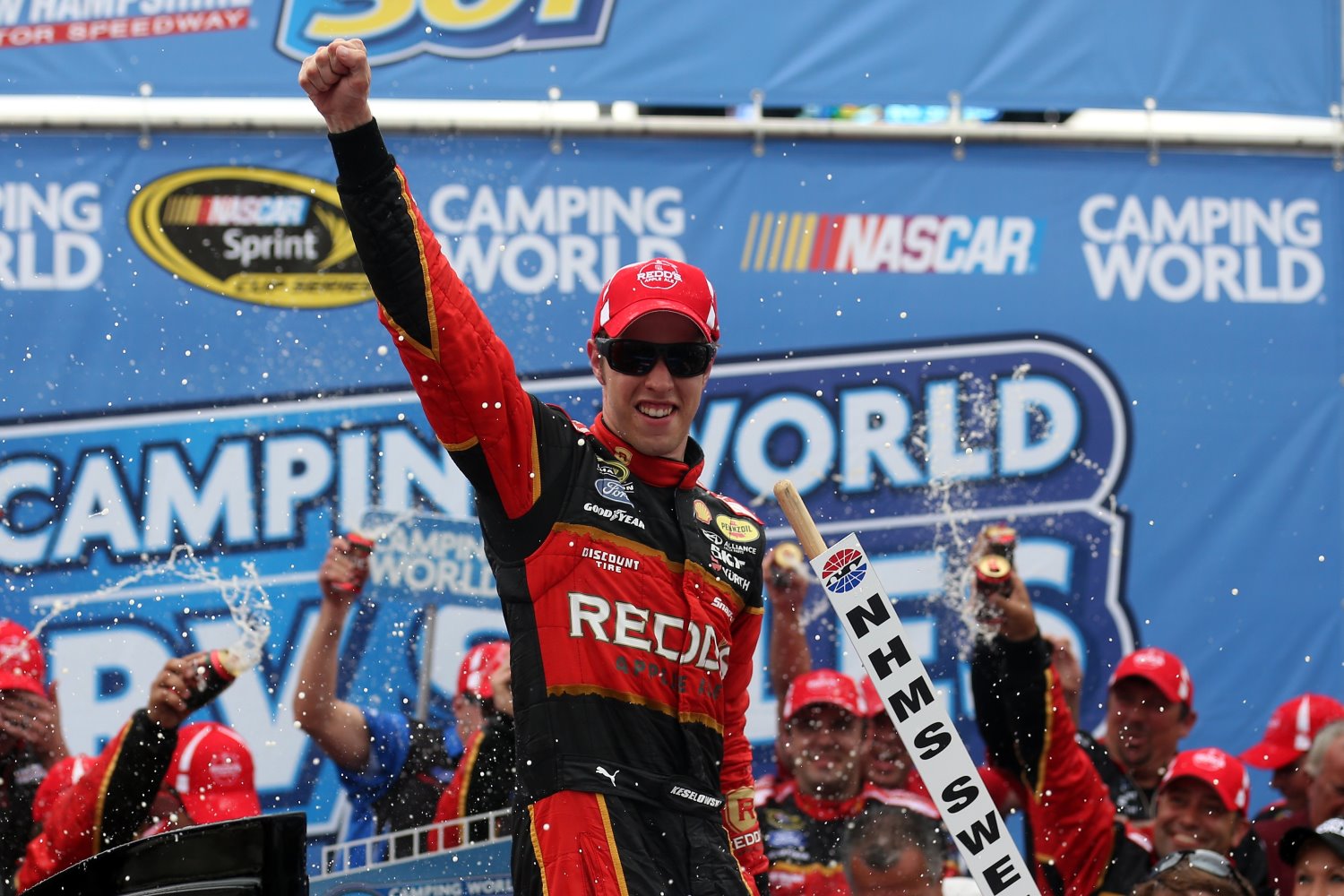 This is Keselowski's third win this season and a Sprint Cup career-first at the New England track.

Bringing out the final caution and green-white-checkered was Justin Allgaier, who spun and hit the wall on Lap 298.

Polesitter Kyle Busch gave Keselowski a run for his money all day by leading a total of 62 laps, but ultimately finished second.

Joey Logano appeared to be having a strong run until the oldest driver on the track, Morgan Shepherd, at 72 years, 1 month and 23 days came from behind and spun out the No. 22 Team Penske driver.

Logano was running second at the time, while Shepherd was 15 laps down.

Three-time 2014 winner Jimmie Johnson ended his day early as his left-rear tire went down on Lap 8. Johnson went to pit road and came back on Lap 11 only to have another tire go down and send him into the wall.

Johnson never returned to the track and ultimately finished 42nd.

The Sprint Cup Series returns to the track on Sunday, July 27 at 1 p.m. ET for the Crown Royal presents, the John Wayne Walding 400 at Indianapolis Motor Speedway with TV coverage on ESPN.