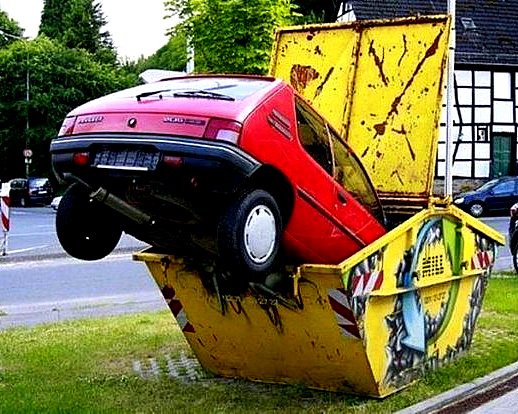 This article is reprinted here with permission from its author, Bob Lefsetz. This article originally appeared on his website, Lefsetz.com. It is relevant to AR1.com readers is for the simple fact we have been trying to impress upon the racing industry and the automotive industry that you are losing the youth of this country unless drastic steps are taken. The average age of race fans increases every year and hence attendance and TV ratings decrease every year. The youth of this country don't care about what you and I care about.

AR1.com has recommended that the entire industry get together and develop a plan to be given to the NCAA. Unless driving go-karts is recognized by the youth of this country as a true sport, the sport will cease to exist. It might be 10 years from now, maybe 20, but the only solution we see is for go-kart racing to become a sport recognized by the NCAA in high school and college so that the youth of this country begin to understand just how much skill it takes to drive fast.

There is much more to our plan. This article explains why everyone connected to the automotive industry needs to understand that inaction is not an option. Mark Cipolloni

You mean I need a bigger engine and a swoopy style to get laid? I just go on Tinder!

Welcome to the baby boomer nightmare, wherein everything they've held near and dear becomes irrelevant. Like automobiles.

Cars are a utility.

It's not the seventies anymore, no one ever bows out of an affair citing car trouble. I've got a AAA membership, but I only use it to get tires changed in seedy areas, the concept of a tow because my carburetor is clogged is about as foreign as the blue screen of death. (And new cars come with run-flat tires!)

Yes, remember how you used to need to know how computers worked to use one? Same deal with cars. Everybody had a modicum of expertise, having experienced flaws and shoddy maintenance. But today you just turn ‘em on and they go, you don't have to even take your key out of your pocket. Sure, you might smash your automobile up, but Google's developing an app for that, otherwise known as the driverless car.

Joy in driving? Taking a few weeks or months to drive cross- country? Why would anybody want to do THAT!

Yup, the road trip is as dead as the western. You could recast “Bonanza" and no one under forty would watch.

As for the freedom the automobile once represented…

You don't have to leave your house to connect with your friends, you don't have go to the mall, as for doing illicit things…sexting is more outre and volatile than anything baby boomers could ever cook up.

To the younger generation cars are transportation, nothing more. They take you from a to b. But appealing to the older generation, manufacturers don't develop products that fit this appeal, they keep touting all the stuff that worked in decades past. Appearance, specs. They don't even understand their own product!

Ever notice that every smartphone looks the same? Yup, a rectangular brick. And it's about customization via software? Credit the car companies with putting apps in the dash, but if they want to win they're going to have to move as fast as the tech companies, one of which is eating their lunch.

Imagine if Tesla had a 20k car. Yup, a utility you just plugged in, that didn't harm the environment, something simple, futuristic… Then GM and Toyota would to be very afraid. Because kids embrace the new and care about the environment. All that brand equity in GM? A youngster cares not a whit about that.

Nor does he or she care about a Ferrari. If you buy one of these sleek automobiles, I hope you enjoy driving it, because your image is gonna take a hit. All the young girls you want to impress will be laughing at you, you wasted all your money on WHAT?

So long Ferrari. So long Aston Martin. So long the SUV.

Do you think kids want to own a big box with terrible mileage just like their parents drive?

The basic premise is you've got to go. How you get there is irrelevant. Furthermore, the costs of car ownership…the insurance and the gas, never mind the maintenance, none of them appeal to a youngster who believes all costs should be baked in.

Hidden fees are anathema to the younger generation. They'll pay, but you've got to be honest.

In other words, we live in a world built by baby boomers that does not square at all with the needs of their progeny.

You don't hear kids clutching to their CDs, never mind MP3s. They don't complain about sound quality. They don't bitch about the way it used to be.

Unless you're willing to question all your preconceptions, you're going to be left behind.

It's the sixties once again, with a giant generation gap that the self-satisfied oldsters just can't understand.

But they're envious of.

Come on, a world where everybody's interconnected, where few are lonely because even geeks and nerds can connect, and everything's at your fingertips?

Fifty years from now smartphones will look quaint. Bandwidth speeds will be laughed at like floppy disks. The revolution we embrace will be in the rearview mirror.

Just like that machine you're overpaying every month for to impress people who no longer care.