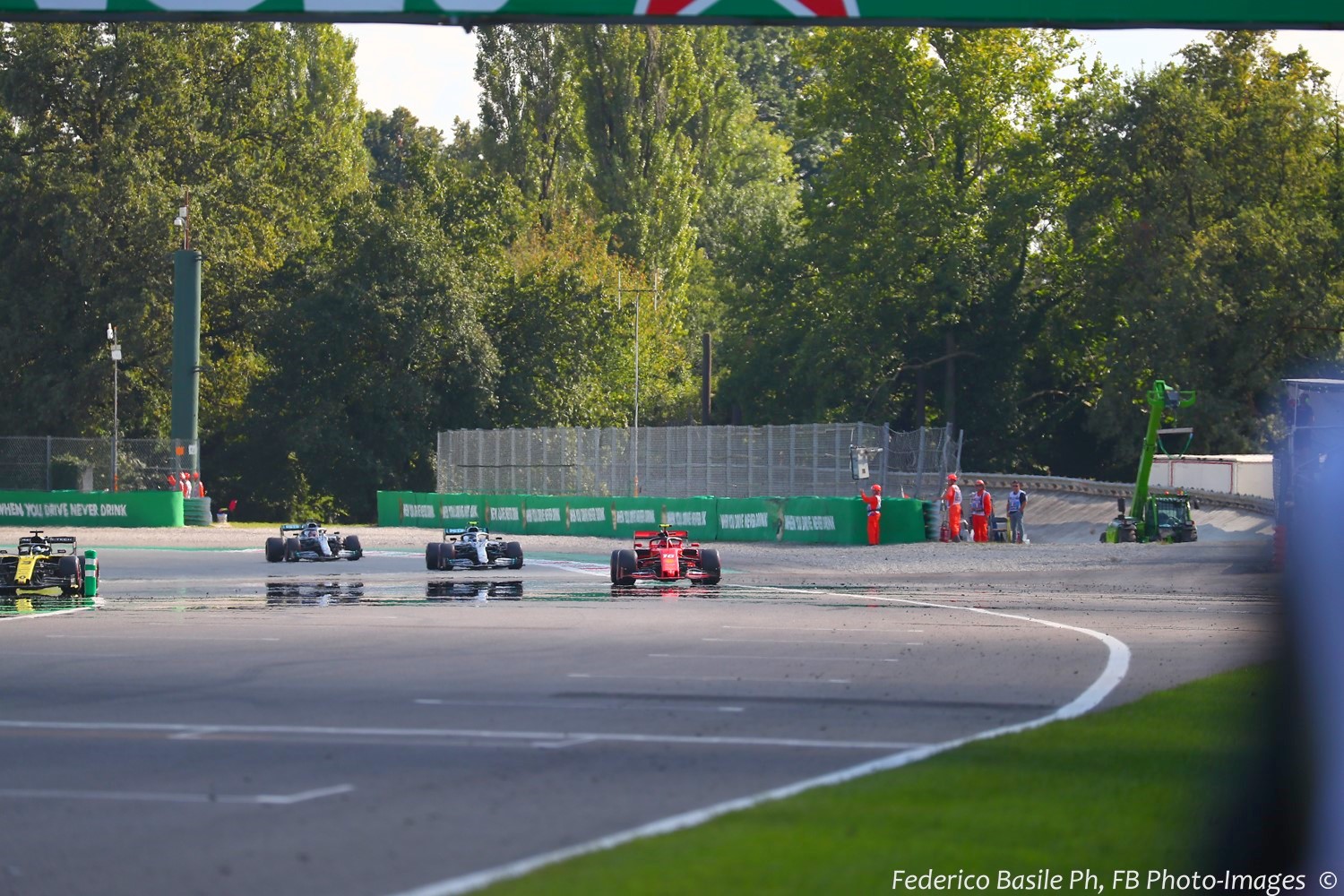 The gravel was controversially replaced with asphalt a few years ago, requiring the FIA to install a 'sausage' kerb to prevent drivers from exploiting track limits.

But that curb had to be quickly removed ahead of the Italian GP last weekend after F3 driver Alex Peroni broke a vertebrae in a terrifying airborne crash.

"Putting gravel in there again instead of the asphalt may be a solution," Masi admitted.

"Whether it's a gravel strip, a kerb and gravel, grass or something else, we will have to re-analyze everything and find the best solution.

"But it's not as simple as it seems. We can't just say 'Change it'. There are many factors to consider," he added.

Masi also said Parabolica is an "obvious" location for a sensor to detect violations of track limits. The technology was recently added to Eau Rouge at Spa.

F1 legend Gerhard Berger told Kolner Express newspaper: "I'm not a fan of asphalt run-off areas, but gravel is not always the perfect solution either."