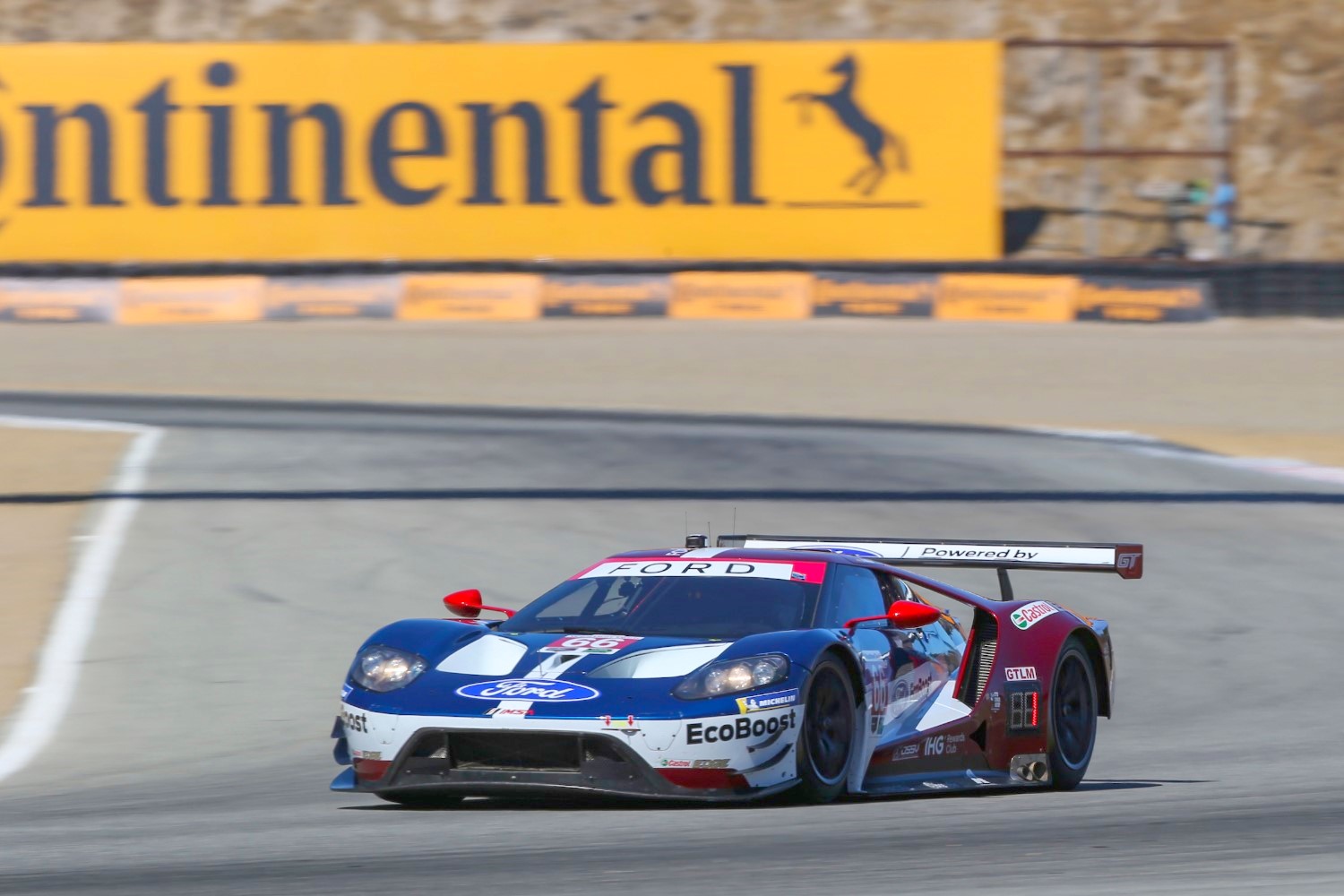 McLaren Automotive has been confirmed as Presenting Sponsor of the upcoming IMSA (International Motor Sports Association) race weekend at WeatherTech Raceway Laguna Seca. The announcement forms part of the multi-year agreement between McLaren Automotive and IMSA which sees the event titled ‘Monterey Sports Car Championship powered by McLaren’ over the weekend 14-15 September at the iconic Californian circuit.

IMSA is a premier sanctioning body for sports car competition in North America, and the racing over the weekend will see McLaren Customer Racing teams AWA Racing, Compass Racing and Motorsports In Action out on track during the weekend’s activities. The races include the final round of the 2019 WeatherTech Sprint Cup, where Compass Racing will push for a strong result with the #76 720S GT3 in the GTD class, while the 570S GT4 will run in the penultimate meeting in the Michelin PILOT Challenge, with the #69 entry of Motorsports In Action still in contention for both the driver and team championships.

Over the course of the weekend, and between qualifying and race sessions for the IMSA races, further McLaren activation will be taking place both on and off track with hospitality and displays of the latest models in the McLaren Sports and Super Series. In addition, selected owners and customers of the McLaren motorsport retailer network in North America will have the chance to experience hot laps in a McLaren around the 3.602km circuit, including the famous Corkscrew corner which plunges 18 metres from entry to exit.

“Motorsport in the US goes from strength to strength, and the IMSA championships have provided some of the most exciting and closest racing over the course of this season. It is a real honour to announce that the event at WeatherTech Raceway Laguna Seca will be ‘powered by McLaren’, and I am extremely pleased to see the 720S GT3 and 570S GT4 being competitive across the WeatherTech Sprint Cup and Michelin PILOT Challenge. The final round of the Sprint Cup is sure to bring plenty of action, and Customer Racing team Motorsports In Action is still pushing hard for the PILOT Challenge championship.

“It is great to be a part of these series with our Customer Racing teams, and to strengthen the relationship with IMSA as Presenting Sponsor at such an iconic venue."
Dan Walmsley, Motorsport Director, McLaren Automotive

“Motorsport runs through the DNA of everything at McLaren. Pioneering technology and lightweight, aerodynamic designs are the philosophy of every McLaren model, and the Sports and Super Series models are the perfect basis for a competitive and well-balanced race car, which is why the 720S GT3 and 570S GT4 models are proving so successful globally, building up a huge fan following in the North America.

The partnership with IMSA for the Monterey Sports Car Championship powered by McLaren weekend is another significant milestone for McLaren racing in the region, as the Customer Racing programme continues to gain momentum. The IMSA-run championships have provided some of the most competitive racing this season, and the launch of the 720S GT3 as the first model developed in-house by McLaren, continued success for the 570S GT4 and a strong presence through the Official Motorsport Retailer network, McLaren continues to reinforce and expand the customer offering."
Andy Thomas, Vice President – Marketing & Communications, McLaren Automotive North America

“It’s exciting to have McLaren associated with WeatherTech Raceway Laguna Seca as named sponsor of our IMSA Monterey Sports Car Championship event. The McLaren name has a long association with our track from the late 1960s when the ‘Bruce and Denny’ show dominated the Can Am series.

Today, McLaren Automotive builds some of the world’s most exciting supercars, and with North America as its largest market, being a part of the IMSA event, at what we believe is America’s most exciting race track, is the perfect fit. Our track is the ideal place for a McLaren track car, and the roads of Monterey County are the ideal place to enjoy any of the new McLaren sports or GT cars, so it’s a perfect partnership."
Tim McGrane, Chief Executive Officer, WeatherTech Raceway Laguna Seca