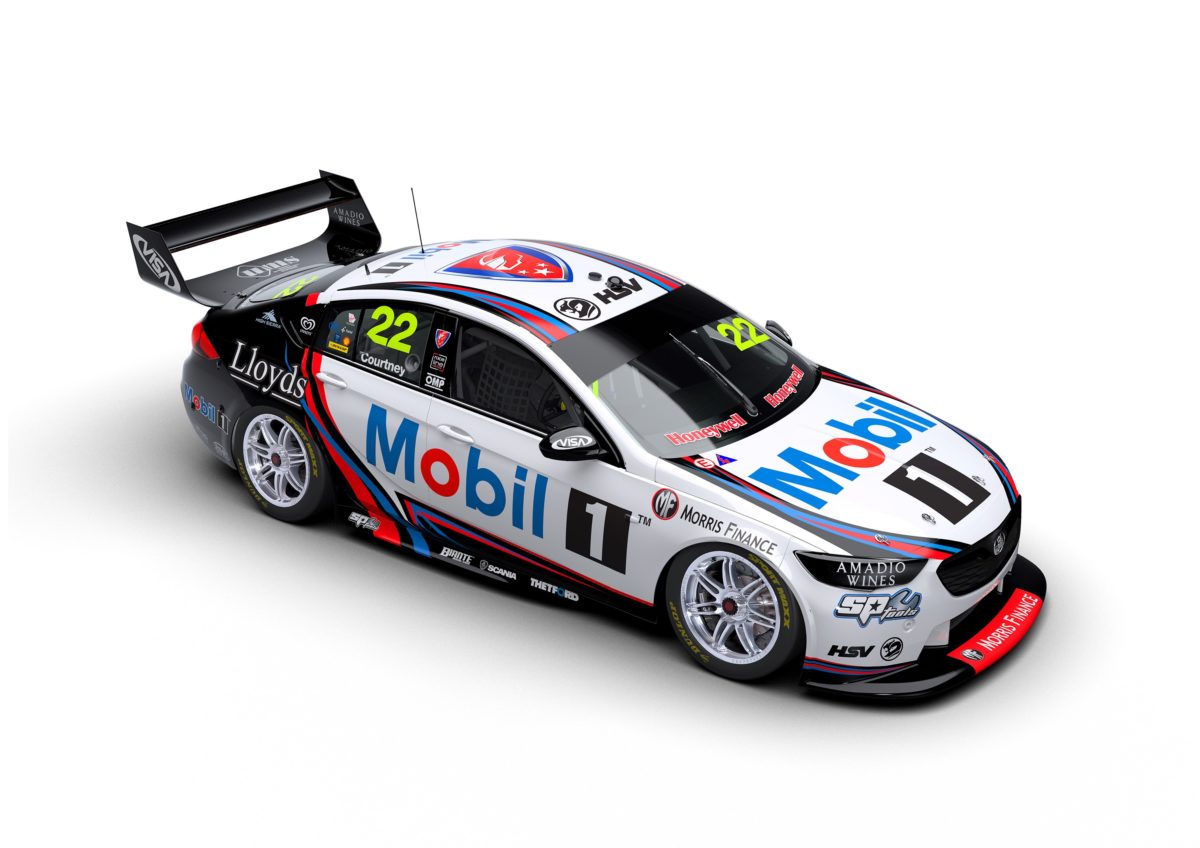 UPDATE Walkinshaw Andretti United will run under the Mobil 1 Racing banner following confirmation the oil giant will step up its support for the ITM Auckland SuperSprint.

The Holden squad has released renders of a revised livery for its two ZB Commodores from MEGA.

“Mobil 1 has been a part of this team for 26 years, it’s an incredible relationship which we are privileged to have, and we can’t thank them enough for all that they have done over the journey," said Walkinshaw Andretti United co-owner Ryan Walkinshaw.

“The fact that they have stepped up their support for the Auckland SuperSprint shouldn’t surprise anyone, because it’s that type of support this year, and the other 25 years, that has made them such a fantastic partner of this team.

“Mobil 1 is a part of our DNA and resonates with our fan base, young and old. I’m sure everyone will love the look of this car as much as we do."

“In conjunction with our authorized lubricant distributors in Australia and New Zealand we are very excited with the opportunity to be able to increase our brand representation with the team."

09/06/19 Walkinshaw Andretti United has terminated its sponsorship agreement with Mega Limited after the fuel company was placed into receivership. Mega Fuels came onboard as co-naming rights partner of the team from the 2019 season alongside long-time partner Mobil 1.

However, it was confirmed on Friday that WAU ended the relationship with the company effective immediately.

In a statement, WAU said the team has “commenced the process of securing replacement partner(s)" for the remainder of the season, saying “an exciting opportunity arises for brands to have both local and international exposure through a major branding position on the car(s)".

“The decision was made by the team as a result of the appointment of administrators to MEGA and receivers and managers over its property; a situation completely out of the Team’s control," WAU explained.

“WAU thank MEGA for their support to this point in the 2019 Virgin Australia Supercars Championship."

Mega Limited, a naming rights sponsor of Walkinshaw Andretti United, has been placed into receivership.

The fuel company was named as one of the Holden squad’s two naming rights partners this season to form Mobil 1 Mega Racing, backing the ZB Commodores of James Courtney and Scott Pye.

It has been confirmed that the Queensland-based firm has been put into external administration with McGrathNicol since August 29.