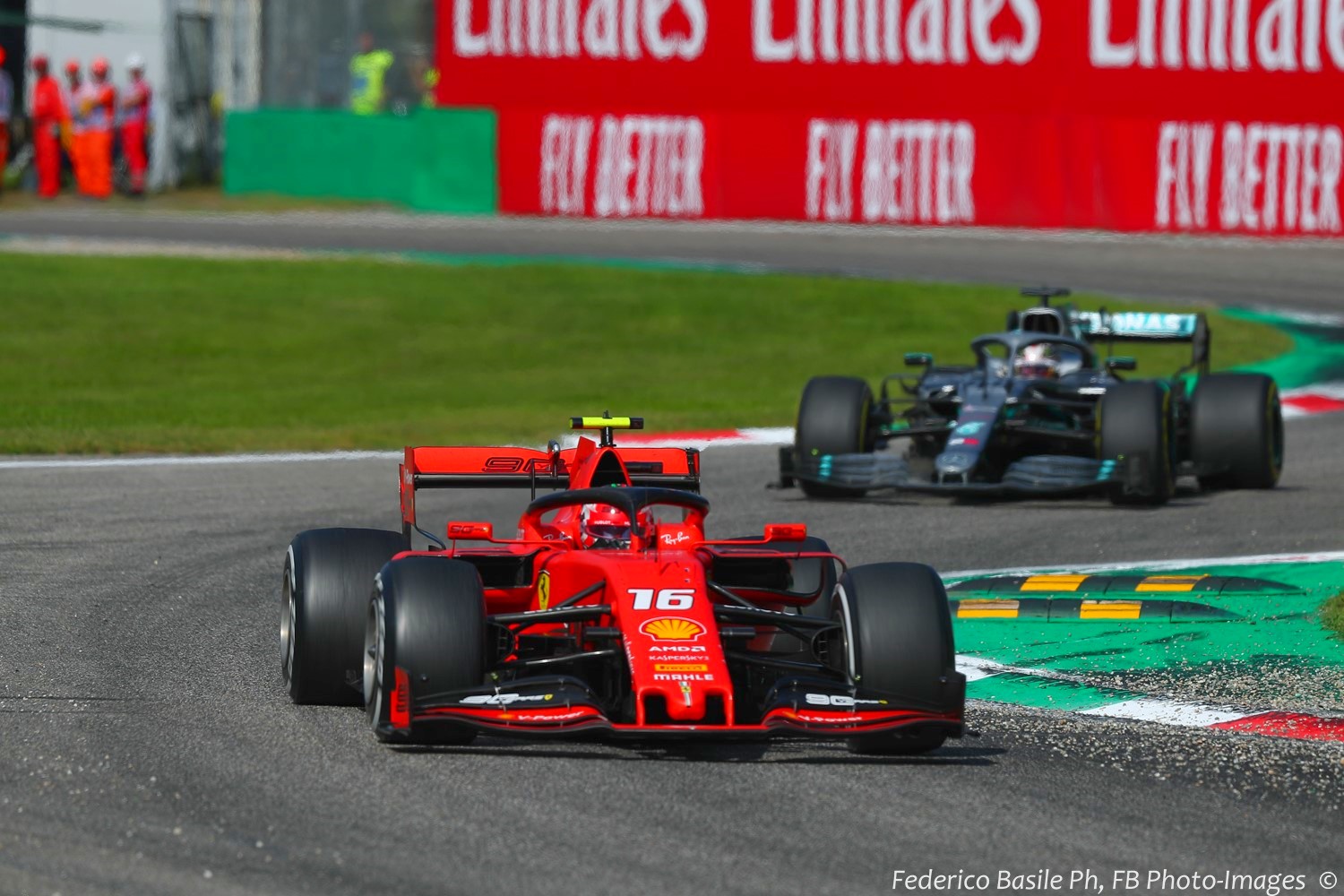 (GMM) Monza may have marked the turning point in Ferrari's driver hierarchy.

All season, pundits have speculated about whether Charles Leclerc will eventually unseat Sebastian Vettel as the clear number 1 driver.

That moment may now have arrived.

"10 for Leclerc. 0 for Vettel," said the Spanish sports daily Marca as it ranked the drivers' performance after Monza.

At the team's home race, Leclerc became the first Ferrari driver to win at Monza for almost a decade. It was his second career win, just a week after his Spa breakthrough.

At the same time, Vettel endured another abysmal race, spinning and even moving within 3 penalty points of having his Super License suspended. Lance Stroll, who was hit by Vettel, called the German an "idiot".

"It's a dark moment for him," Nico Rosberg told RTL.

"His teammate has just become a Ferrari legend and has taken his number 1 status in the team."

Ferrari immediately hit back at that idea, with CEO Louis Camilleri telling Sky Italia: "They are equal, just as we started the season."

Team boss Mattia Binotto agreed: "This does not change the organisation of the team. Whoever can win, should win."

But there is no doubt that things are in the process of rapidly changing at Ferrari. Just 24 hours before winning, Leclerc was publicly chastised by Vettel for not following through with an agreement give the quadruple world champion a slipstream in qualifying.

"There were some discussions with Charles, but now we've forgiven him for that," Binotto said.

"We talked with Sebastian as well and there were different points of view, but now let's move on. The important thing is to have won. Charles was extraordinary," he added.

Binotto denied that the working relationship between the pair is becoming untenable.

"I do not think the cooperation suffers," he said. "I cannot promise that it will not happen again, but we do have to learn from it."

But there is no doubt that Ferrari sees Leclerc as its future. At Monza, it was even rumored that a new EUR 9 million deal is being offered to the 21-year-old.

"We have a long contract with Ferrari," his manager Nicolas Todt said. "We will talk about it when the right time comes."

Binotto commented: "It is still a bit early, but he showed long ago how much he is worth to Ferrari.

"We have invested in his career and he trusts us. In the future, we want to achieve great things together."

And at the same time, Vettel is looking increasingly isolated and glum.

"I still love my job," he said after the Italian GP. "It was a nice day for the team, but unfortunately not for me. If you do not do well what you can do well, then of course you are not happy."

Binotto, meanwhile, is vowing for now to support the quadruple world champion.

"Other drivers also make mistakes," he said. "We have to rebuild Sebastian, take good care of him.

"He has not lost sight of becoming world champion for Ferrari."