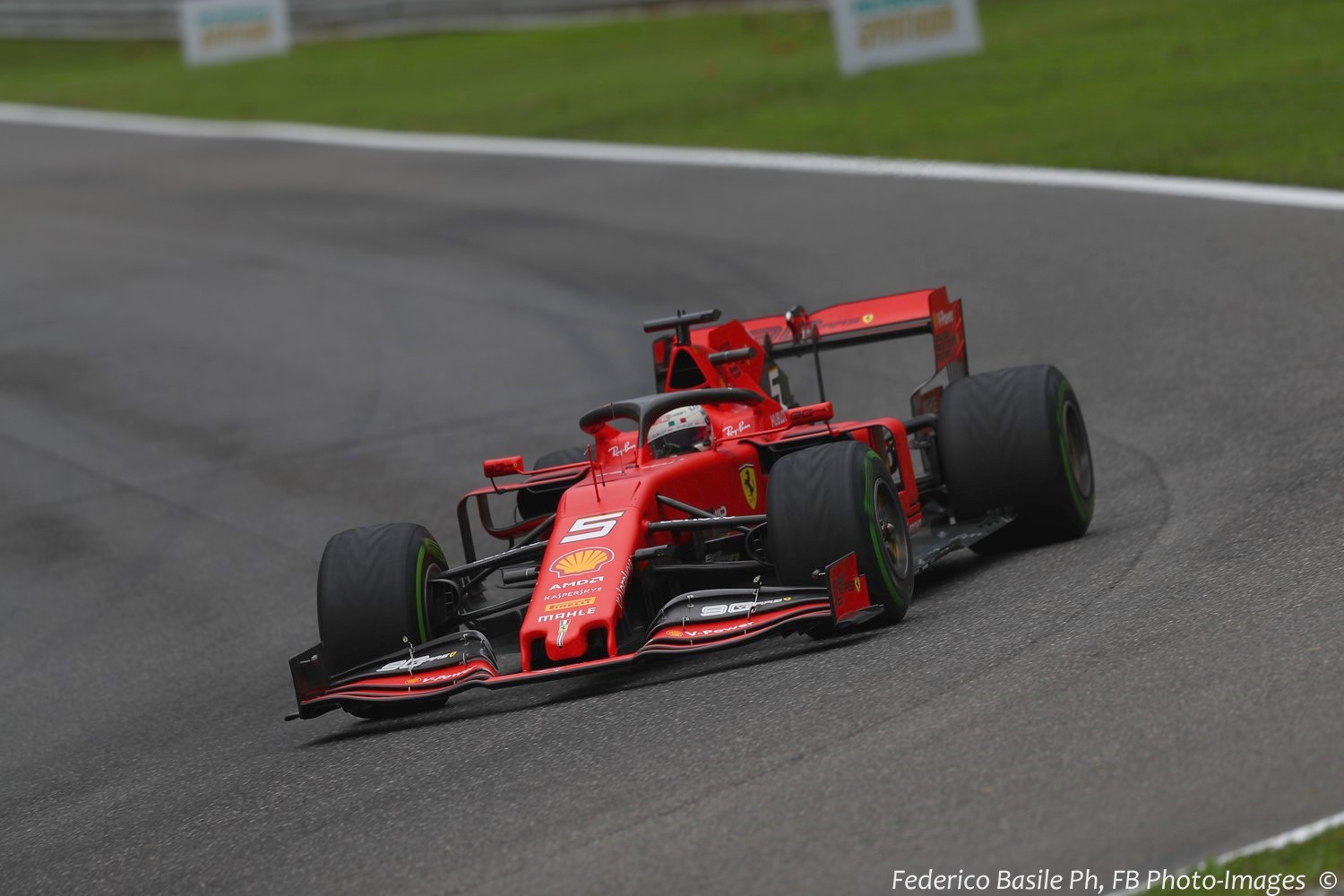 Ferrari's Sebastian Vettel edged Red Bull's Max Verstappen by just 0.032s to set the fastest time in the final practice ahead of qualifying for the Italian Grand Prix.

Verstappen showed impressive performance in his Honda-powered Red Bull as Ferrari's chance for a home-pole could be in jeopardy.

Charles Leclerc fastest after the first qualifying simulations and his 1m20.452s headed Vettel by 0.16s with 20 minutes of the session remaining.

On their final runs, Vettel improved twice – he overhauled Leclerc on a 1m20.331s on his first flying lap, then cemented top spot with a 1m20.294s on the second.

Leclerc could not match his Ferrari teammate.

Valtteri Bottas was third at 1m20.403s, exactly the same time as Leclerc.

Sandbagging Lewis Hamilton was only sixth-fastest, behind Renault's Daniel Ricciardo.