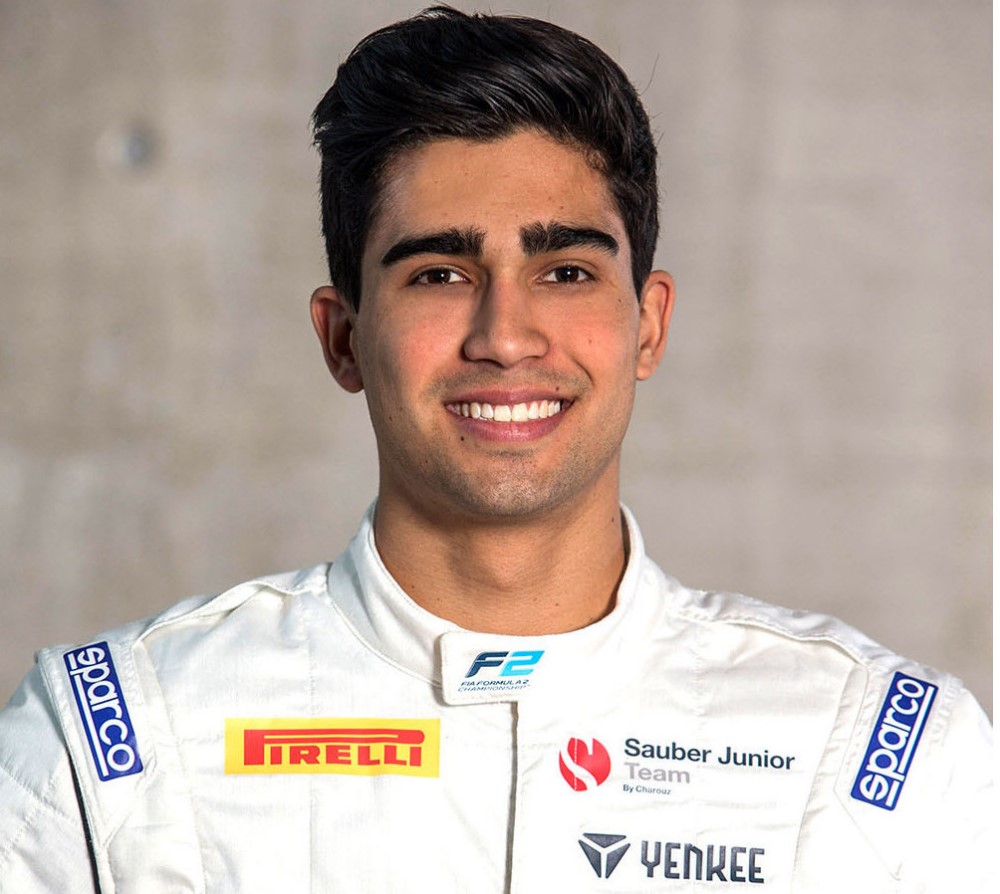 UPDATE Formula 2 driver Juan Manuel Correa has developed Acute Respiratory Distress Syndrome, and is in a "critical but stable" condition following the crash at Spa.

Correa is battling leg and spinal injuries from the crash last weekend and has now been placed in an induced coma.

Correa was initially treated in a hospital in Belgium before being moved to a specialist unit in London earlier this week.

"First of all, on behalf of our son we wish to thank everyone within and outside the motorsports community for the wonderful and caring get well wishes that we have received, as well as messages for a speedy recovery.

"We are confident that Juan Manuel will review them all himself once he is back in charge of his social media accounts.

"Honoring our son's straight-to-the-point and honesty that characterizes him, we wish to update you on the status of his injuries and physical condition.

"As time has progressed, new complications have surfaced as a consequence of the massive impact he suffered Saturday in Belgium.

"On his arrival to London, Juan Manuel was diagnosed with Acute Respiratory Distress Syndrome.

"This is an injury considered common in high impact accidents such as this one.

"Juan Manuel is currently in an Intensive Care Unit that specializes in respiratory injuries.

"At this point of time, he is in an induced state of unconsciousness and under ECMO support.

"Juan Manuel is in critical but stable condition.

"We are confident that our son will surprise us, like he always does, with his tremendous fighting will and strength and will recover completely.

"At this time, we kindly request that our privacy and space be respected. As a family, we need to pull together and be 100% there for Juan Manuel.

"Maria and I wish to take this opportunity to give our condolences to the Hubert family for their loss.

"Our hearts are broken, and we can only imagine the pain this loss has brought them."

Correa suffered leg fractures and a minor spinal injury after colliding with the BWT Arden car of Anthoine Hubert on the second lap of F2's feature race at Belgium's Spa-Francorchamps circuit on Saturday. Hubert had lost control of his car at the blind, high-speed Raidillon corner and drifted back on to the racing line.

The incident split Hubert's car in two, while Correa's came to a stop upside down. Hubert was pronounced dead at the circuit's medical center later that evening, while Correa was taken to CHU Liege hospital. He successfully underwent surgery on Sunday morning and has remained in intensive car since.

It said: "Juan Manuel will remain in intensive care for at least another 24 hours to ensure that his condition can continue to be monitored by his surgical team. His parents are at his bedside can confirm that he is fully aware of the events that happened at the Circuit Spa-Francorchamps on Saturday and are providing support and comfort to their son who is completely overwhelmed with sadness. Juan Manuel sends his well wishes and prayers to Anthoine Hubert and family. The doctors will determine when Correa can be transferred to the U.S. to continue "a very lengthy rehabilitation program."