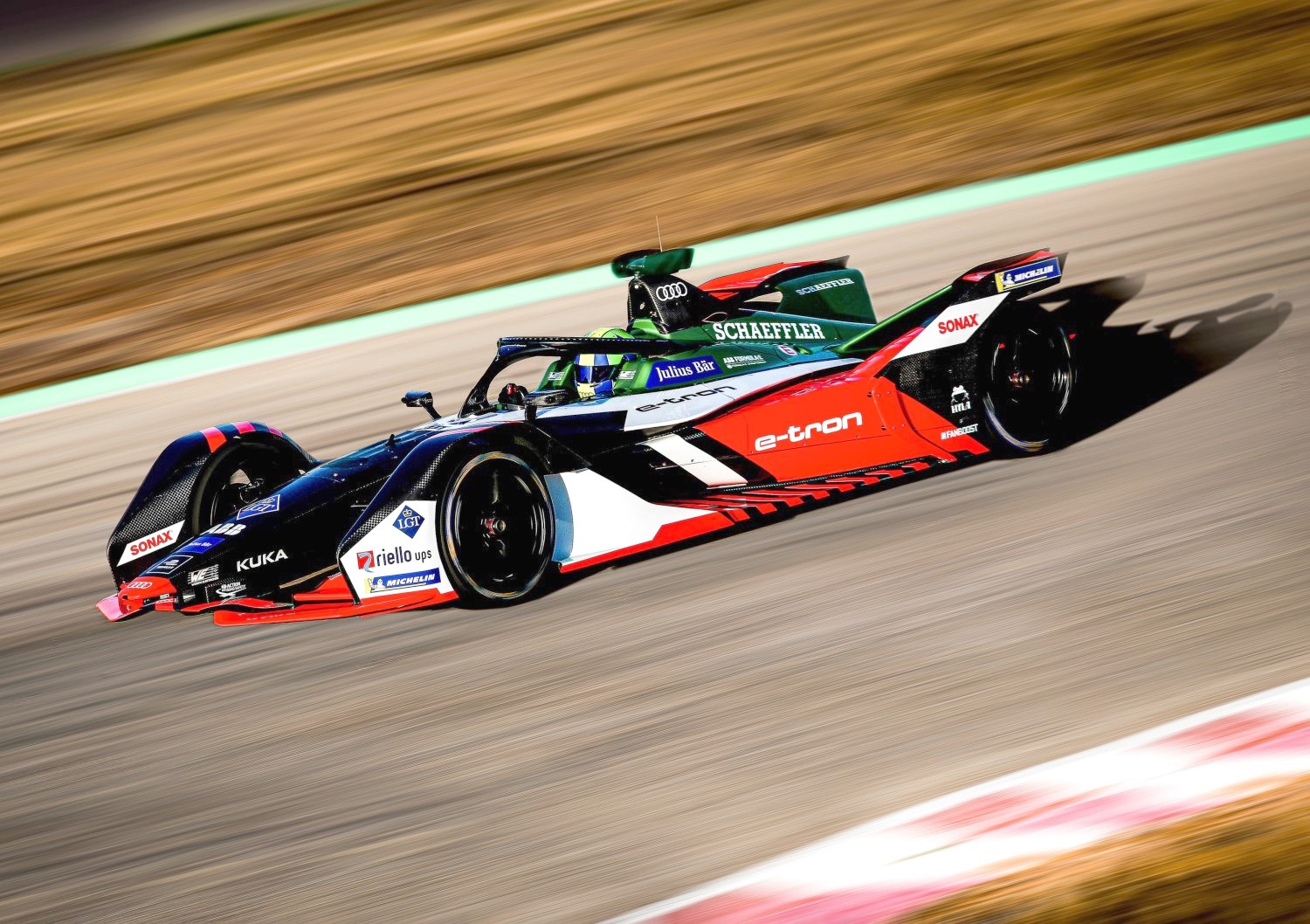 Daniel Abt and Lucas di Grassi will begin the next Formula E season that kicks off in November sporting a spectacular new look. The Audi e-tron FE06 race car, which will be unveiled publicly for the first time at the International Motor Show (IAA) in Frankfurt next week, presents new colors and evolutionary technology.

With plenty of visible carbon fiber and a conspicuously bright orange livery which accentuate the lines across the whole car: The Audi e-tron FE06 clearly appears even more aggressive than its predecessor in which Daniel Abt and Lucas di Grassi achieved the runner-up position for Audi Sport ABT Schaeffler in the hard-fought team’s championship last season. The fully electric race car will make its racing debut in Ad Diriyah (Saudi Arabia) on November 22/23. Next week, motorsport fans will be able to see the FE06 at the Audi booth at the IAA (Hall 3).

“Compliments to the design team at Audi," says the most successful German Formula E driver Daniel Abt. “I’ve been keeping track of the visual development over the last few weeks and think the result is brilliant – the car simply looks aggressive and fast." His teammate, Lucas di Grassi, is sure: “The fans are going to immediately recognize our car from the grandstands or on television. Each livery in the five seasons has had its own unique character, but the FE06 is my favorite. Now it’s up to the whole team to also make it a success."

While Audi pursued new paths with the design, including the selection of the orange that takes cues from the color palette in which the road-going Audi e-tron was previously presented, the team relies on continuity in all other respects: Abt and di Grassi, the most successful driver pairing in the entire field will start their sixth season together. The Audi Sport ABT Schaeffler team will also continue to rely on its long-standing partners: Besides technology partner Schaeffler, who together with Audi is responsible for the development of the powertrain, HYLA, ITK Engineering, the LGT Group, KUKA, MASCOT, Riello UPS and Wurth Elektronik also remain on board.

The SONAX brand is new to the team. The leading manufacturer of car care products has been closely linked to motorsport for decades and also supported Daniel Abt during his still young career. “We’re delighted that a new chapter is being opened in our long-standing partnership with ABT and that we’ll be able to present ourselves as a partner of the Audi Sport ABT Schaeffler team in Formula E in the future. The fascinating environment of the series provides our brand with great prospects of reaching even more potential customers worldwide," says SONAX Head of Marketing Franz Fischer.

The schedule before the first race is tight: Following the intensive private testing phase in Germany and Europe and the preparation of the two race cars during the next few weeks, the team will travel to Valencia in the middle of October for the official Formula E pre-season test, where all of the teams and drivers will meet for three days. At the beginning of November, the cars and equipment will be loaded to be airfreighted to Ad Diriyah.