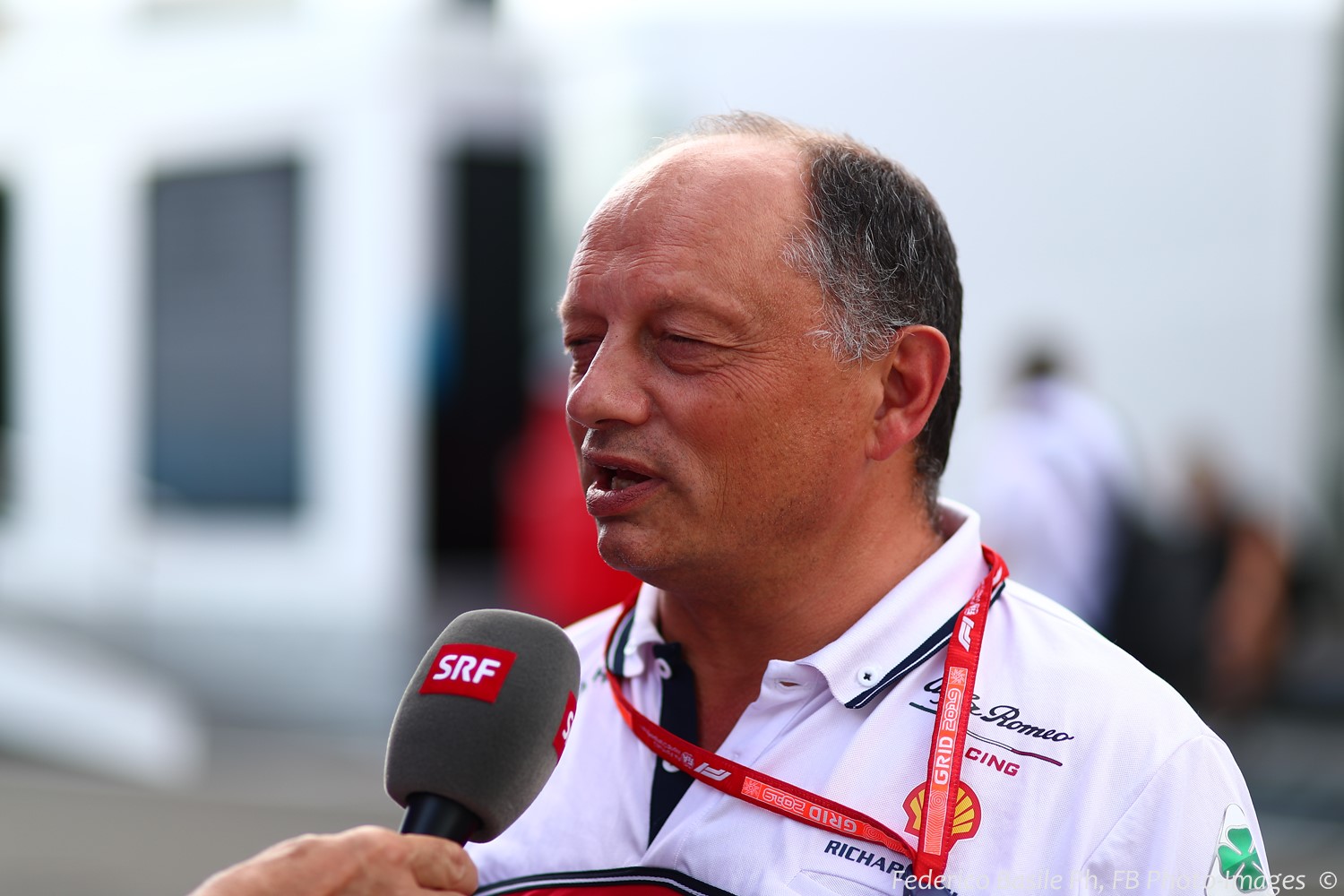 (GMM) Sunday was a difficult day for the F1 paddock, as the racing went on despite the death less than 24 hours earlier of Formula 2 driver Anthoine Hubert.

"On the one hand I've realized the dream I have had since being a child," maiden race winner Leclerc said. "But first of all I have lost a friend.

"I can't fully enjoy my first victory," added the Ferrari driver, who had emotionally embraced Hubert's mother and brother in the moments before the race started.

Daniel Ricciardo clearly struggled to just get back in the cockpit.

"I certainly questioned 'is it really worth it?' last night. It's our job, our life, but also it's still just racing around in circles.

"I don't think any of us wanted to be here," the Renault driver added.

None of his rivals disagreed with that honest assessment, but Lewis Hamilton also said racing drivers have the unique ability to "switch into the zone".

"You just compartmentalize it and move forwards. Get in and do your job," he said.

Frederic Vasseur, who also knew Hubert as a former team boss of the late 22-year-old Hubert, said every driver on the grid must deal with death differently.

"There are some drivers who do not want to race, and others who want to race to move on," he told RMC Sport.

"There is every reaction and I think we need to respect all of them."

As ever in F1 with a range of strong personalities and a big media contingent, the discussions about Hubert's death will continue for some time.

Jacques Villeneuve had said after Hubert's crash that the speeds in Formula 2 are similar to the speeds back in his days in Formula 2. The difference, he said, is that the F2 chassis strength is not as good.

An FIA source told Auto Motor und Sport: "The crash tests for Formula 2 are almost as strict as they are in Formula 1."

Indeed, it is difficult to imagine that an impact like the one suffered by Hubert could be survived even in Formula 1.

There are therefore those who question the safety of the fabled and much loved Eau Rouge corner.

"It might be better to tighten the first section," said former driver Marc Surer. "That way, Eau Rouge would be a corner once again.

"At the moment you come over the top at full throttle and realize the danger much too late."

Jean Alesi's son Giuliano was involved in the Hubert incident, having crashed as part of the fatal sequence of events.

His father Jean agrees with Villeneuve that all of the safety advances in the past decades lull the drivers into a false sense of security.

"The asphalt run-off, the tires, the Tecpro barriers, the halo. The perfect safety net," he said.

"In the simulator they fly off the track 30 times and at some point they feel invincible."

F1 legend Alain Prost agrees: "If a car comes to a halt in the middle of the track and is torpedoed by another car, you are powerless in the safest car.

"Basically I agree: we have a generation of drivers who think nothing can happen to them."

But Prost also said it is unfair that motor racing comes under such intense scrutiny when terrible incidents do rarely occur.

"When someone hurts themselves playing golf, I hear no one demanding that we ban golf. It's terrible to see how many horse riding accidents occur, but there is not the same outcry.

"I think motor racing is an easy target," he added.