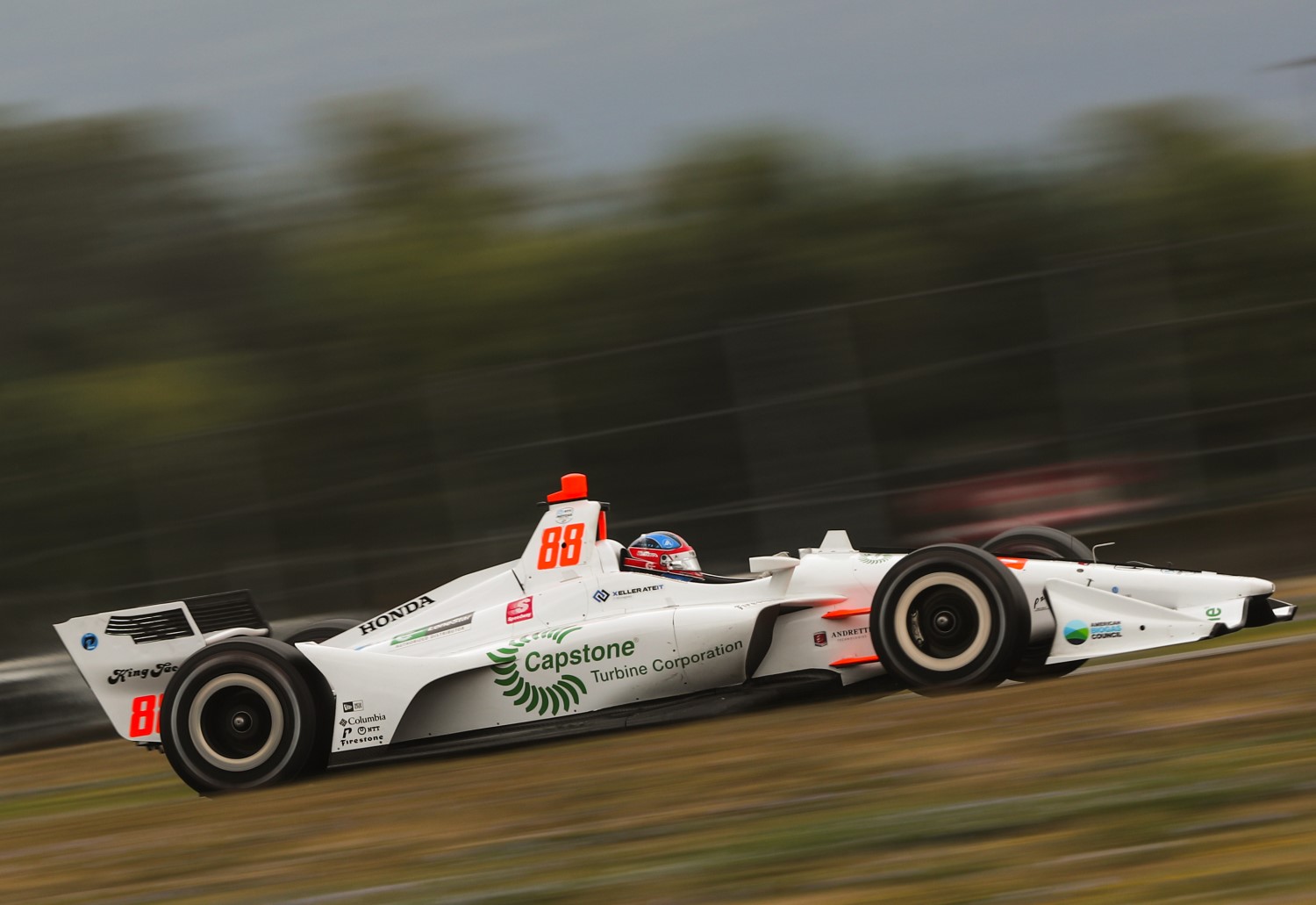 Good morning from the scenic area of the Pacific Northwest. The 105 lap Grand Prix of Portland will be run today under sunny skies and temperatures in the mid 70s. Championship points are important as we wind down the 2019 season.

Rookie Colton Herta, driving the number 88 for Harding Steinbrenner Racing, will be starting this race from the pole position. After earning his second pole of the season, Herta commented on the intense qualifying session that left many of the Championship contenders outside the top 6 positions.

"We left it right until the end, so everyone was all tense, and I think that made it much sweeter," Herta said. "Before I knew we won the pole position, I went on the radio and heard everyone cheering so to find out that way was really cool."

Scott Dixon, driving the number 9 for Chip Ganassi Racing, was the only member of the four championship contenders to reach the Firestone Fast Six. He qualified third at 57.8355 seconds (122.250 mph), meaning the top three qualifiers had best laps separated by 0.0244 of a second. 70 points separate Dixon from the points leader, Josef Newgarden.

“Honestly the biggest struggle we had was going from set to set of tires and making the adjustments, Dixon commented. "We nearly got knocked out of the second qualifying segment. We had some additional understeer later on in the runs. Obviously, we have a good starting spot and the top three in the championship aren’t up there with us, so we have to make the most out of every point we can grab tomorrow from them in the race with PNC Bank car."

Newgarden, the points leader, and Simon Pagenaud, are well aware that they need to step up their game today. Newgarden and Pagenaud, Team Penske teammates, didn't advance from the first round of knockout qualifying and will start 13th and 18th, respectively, in a 23-car field.

"I knew it was going to be tough," Newgarden said of qualifying. "You just can't make a mistake, and I made a couple of them there. I got wide on the curb coming off (Turn) 7 and probably dropped a tenth (of a second) on one lap and dropped another tenth on the final corner on the next.

The race will start at 12:42 pm local time and will be broadcast on NBC.