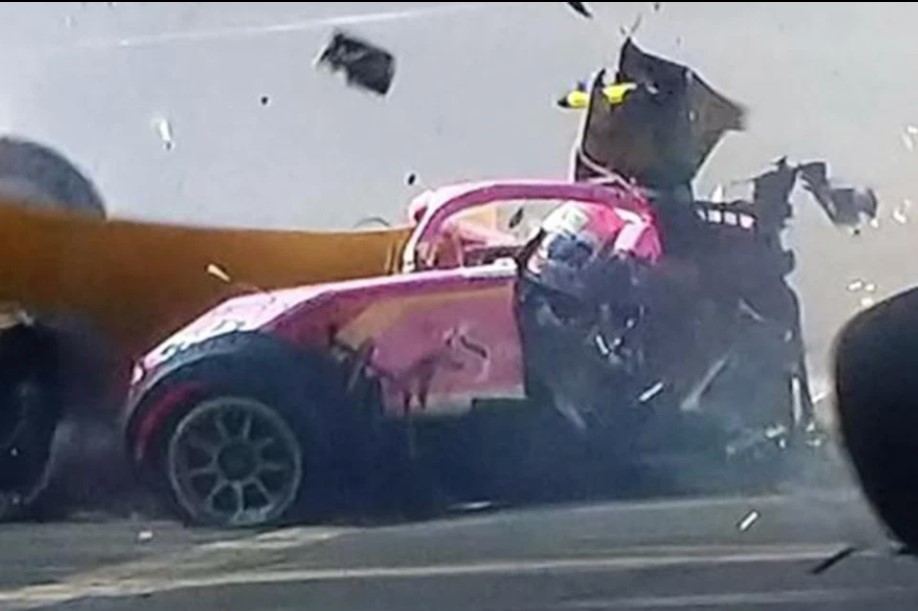 Frenchman Hubert, a 22-year-old member of Renault's driver program, was killed in a sickening T-bone accident at the exit of the fabled Eau Rouge corner.

Another driver in the F2 race, Juan Manuel Correa, is listed in a stable condition in hospital following surgery for multiple fractures in both legs.

Sunday's F2 race has been cancelled.

But race promoter Spa Grand Prix told us that all the other "planned activities" at the circuit on Sunday, including the Formula 1 race, will go ahead.

Spa Grand Prix added that the F2 race was cancelled "out of respect for the talent and the memory of Anthoine".

1997 world champion Jacques Villeneuve, who watched the F2 race live in the Sauber motorhome, said the rare death in an F1 paddock is shocking for the sport.

"It is more shocking now than in the past when such accidents were commonplace," he told RTBF.

"There are very few people in the paddock who have experienced the dangerous era of motorsport."

Villeneuve also thinks the situation has not been helped by the era of simulators and asphalt run-off.

"Instead of testing, the drivers get to the track and drive as though they are still in the simulator. There is still the adrenaline but no longer the perception of risk and danger," he added.

"The second problem is the asphalt. The drivers think there is asphalt there so they can take more risks, unlike gravel or sand. It creates a false sense of safety."

Villeneuve famously had several big crashes at Eau Rouge in his career and says the corner is safer today.

"The run-off has been steadily expanded over the years but at some point you will still find the wall," he said.

Villeneuve also said the speeds in Formula 2 are comparable to his days in F1, "but unfortunately the chassis are not as good as ours were then".