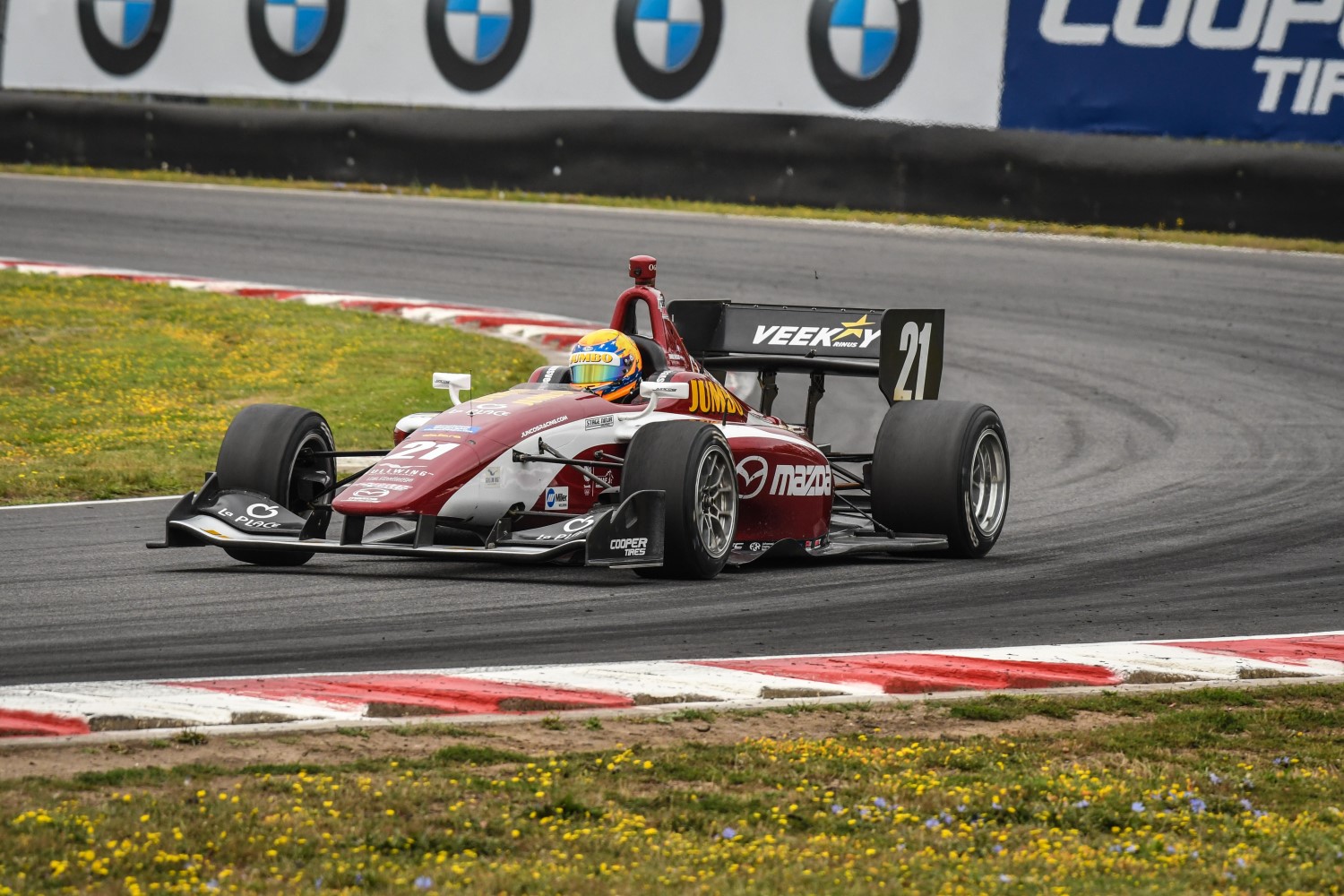 Teenaged Dutchman Rinus VeeKay had a straightforward game plan coming into this weekend’s Cooper Tires Indy Lights Grand Prix Presented by Allied Building Products at Portland International Raceway: He needed to score maximum points in order to keep alive his hopes of winning this year’s Indy Lights Presented by Cooper Tires championship crown. At stake is a scholarship to guarantee entry into a minimum of three NTT IndyCar Series events in 2020, including the 104th Indianapolis 500.

VeeKay today executed that plan to perfection as he led all 35 laps from the pole for Juncos Racing to finish a comfortable 3.4990 seconds clear of series points leader Oliver Askew (Andretti Autosport), from Jupiter, Fla.

VeeKay afterward dedicated his fourth win of the season to Frenchman Anthoine Hubert, a member of the Renault Sport Academy, who tragically lost his life today in an FIA Formula 2 Championship race at Circuit Spa-Francorchamps in Belgium.

VeeKay, 18, from Hoofddorp, Netherlands, set his plan in motion yesterday when he claimed pole position by a margin of just over one-tenth of a second ahead of Askew, who arrived in the Pacific Northwest with a commanding 52-points advantage after winning the most recent four races in succession.

VeeKay opted for a fresh set of Cooper tires for today’s race, and although he came under intense pressure over the course of the first few laps – and even picked up a warning from the race stewards for overly defensive driving – he soon began to stretch his advantage as the new rubber reached its optimal working temperatures and pressures. His lead stretched to over a second for the first time by the completion of his sixth lap, then continued to build from there.

Askew, 22, from Jupiter, Fla., had no answer to his young rival’s pace and duly settled into second, well clear of his pursuers.

Megennis, who started third, kept in touch with the two leaders through the opening laps before slipping back into the clutches of Sowery, from Cambridge, England, who made a good start from sixth on the grid but then lost all the ground he had made up when he slid wide onto the dirt at the exit of the Festival Curves. Undeterred, Sowery soon worked his way past, firstly, Brazilian Lucas Kohl (Belardi Auto Racing), then Canadian Dalton Kellett (Juncos Racing).

Despite Megennis already being more than three seconds to the good by that stage, Sowery gradually whittled away at the deficit. Sowery posted the fastest lap of the race, an average speed of 110.430 mph, on Lap 23, but Megennis kept his cool and his position.