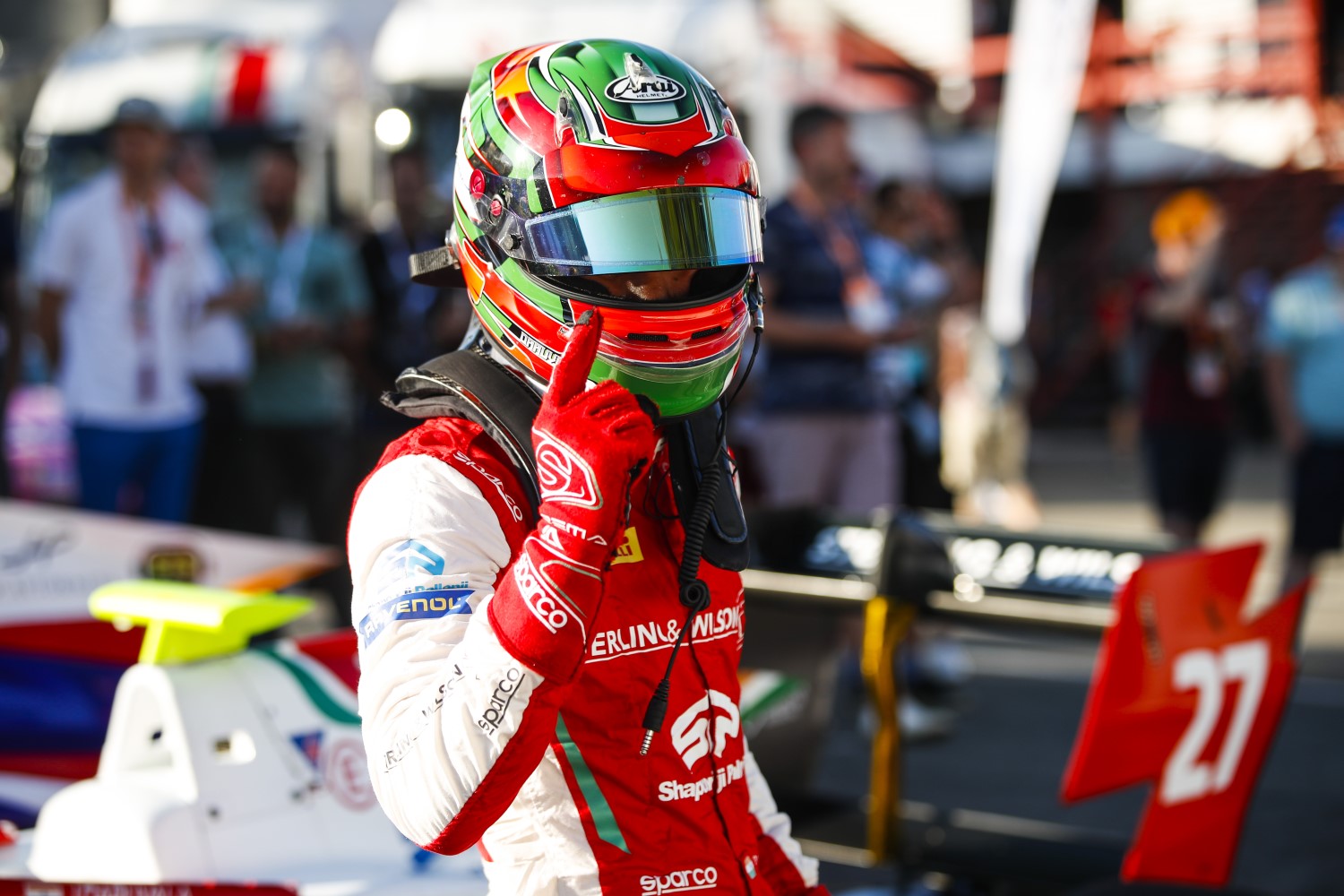 Jehan Daruvala scored his first pole position of the season with a scintillating late tour of Spa-Francorchamps in today’s FIA Formula 3 Qualifying. The PREMA Racing ace was the best of a late sprint to pole, beating out Trident’s Pedro Piquet and Jenzer Motorsport’s Yuki Tsunoda.

Christian Lundgaard led the cars out into the 35-degree track temperature, but it was Piquet who was hottest in the early stages, beating out both the Dane and Leonardo Pulcini for provisional pole. The Brazilian racer was swiftly backed up by his Trident teammate Devlin DeFrancesco, who looked much improved in Round 6 and was eyeing his best Qualifying of the season.

The two held their positions as the cars ducked into the pits for fresh boots and were the first back out on track for the final fifteen minutes of the afternoon. Armed with fresh tires, the times started to tumble and the duo’s positions were under threat. JÃ¼ri Vips – hopeful of taking the title lead this weekend – was the first to steal provisional pole, with a time of 2.05.625.

The Estonian’s time on top was short lived as Piquet, Tsunoda and Robert Shwartzman leapt ahead of him in quick succession. With less than five minutes remaining and one shot at pole, Daruvala managed the Circuit de Spa-Francorchamps two tenths quicker than them all and claimed his position in P1.

In the third PREMA, Marcus Armstrong was hoping to follow up his first win of the season in Budapest, with another strong weekend. The Kiwi complained of traffic on track and eased off in the hope of finding space, but it never came and he was left to settle for 19th.

When the checkered flag was waved, Daruvala was followed by Piquet, while Tsunoda secured his best Qualifying position of the season in 3rd. Shwartzman and Jake Hughes completed the front five ahead of Vips, DeFrancesco, Pulcini, Logan Sargeant and Liam Lawson.

Daruvala will be hunting down his first win since Round 2 when Race 1 gets underway at 10.35am local time tomorrow morning.