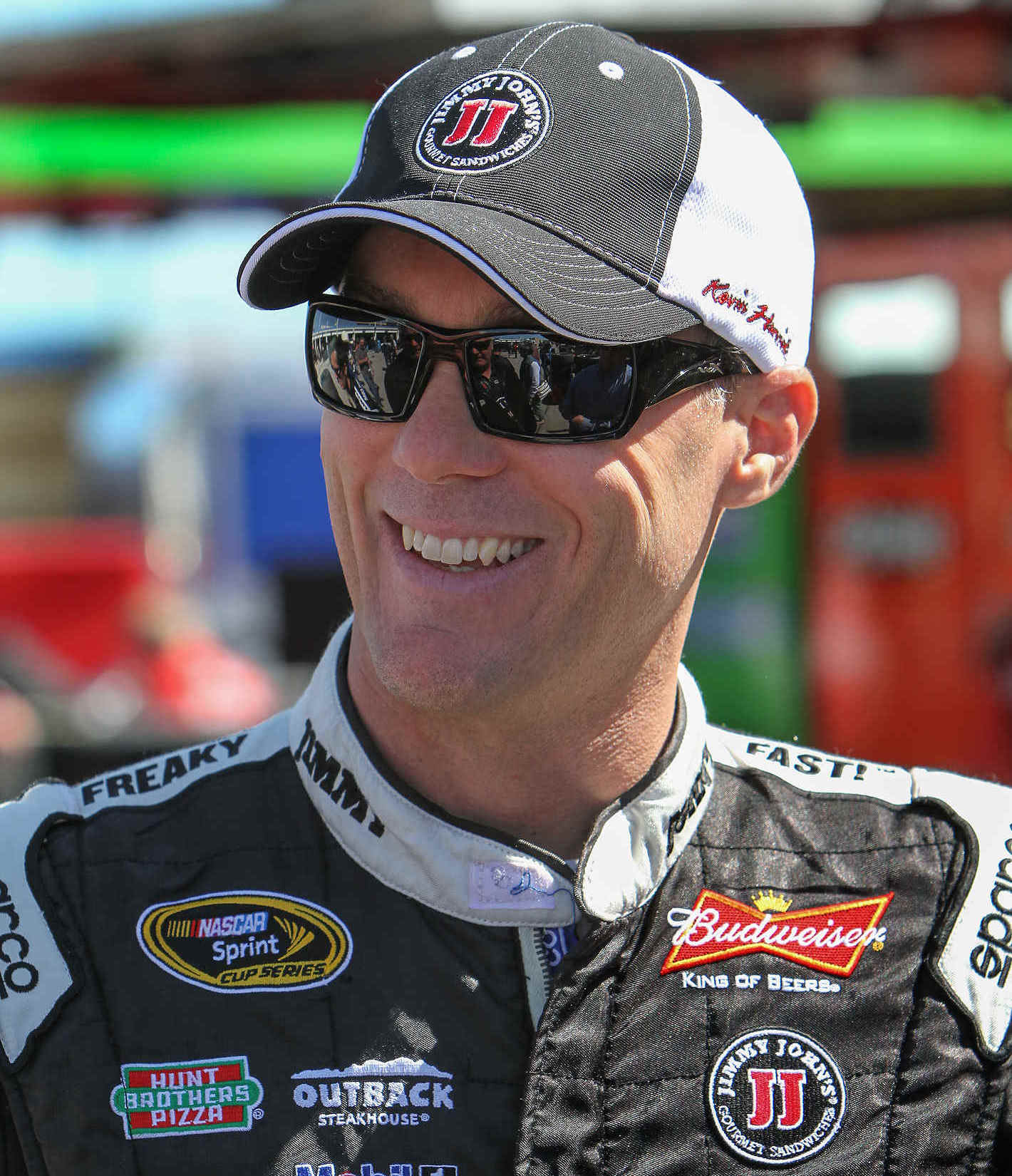 Kevin Harvick capitalized on all the speed to be found during NASCAR Sprint Cup Series Coors Light Pole Award qualifying at Kansas Speedway on Friday.

The Stewart-Haas Racing driver smashed the former track qualifying record of 191.864 mph set by defending race winner Matt Kenseth in the second round with a speed of 194.568, and then blazed the 1.5-mile oval at a 194.252 clip in the final round to pick up his second pole of the season. Last fall, Harvick won the race at Kansas from the pole. It's his eighth career pole in the Sprint Cup Series.

"My qualifying record hasn't been great, but the team has really done a good job at getting our qualifying stuff situated after the first four or five weeks to the season to come here and sit on the pole," Harvick said. "I thought I had screwed it up. I felt like I got through (Turn One and Turn Two) all three laps pretty good, but three and four was a little bit too tight. I got a little bit concerned, but all in all it worked out OK."

"We were fortunate to have some fast Fords out there," Keselowski said. "I didn't think we were very fast for much of the day and our first run we weren't, but this knockout qualifying gives us an opportunity to work on it and get better and that is what we did with our second, third and fourth runs."

All four Hendrick Motorsports cars were knocked out in the second round, as Jeff Gordon, Jimmie Johnson, Kasey Kahne and Dale Earnhardt Jr. will start 13th, 14th, 17th and 22nd, respectively. Hometown hero Clint Bowyer — set to make his 300th career Sprint Cup start — and Kyle Busch were also knocked out and will start 23rd and 24th, respectively.

Notable drivers who did not make the cut following the first session included defending pole and race-winner Matt Kenseth, his Joe Gibbs Racing teammate and last week's winner at Talladega Denny Hamlin, Martin Truex Jr. and AJ Allmendinger. Dave Blaney, who needed to qualify 36th or better to make the race lineup, will be the odd man out come race time after clocking the 40th-fastest time. His son, Ryan Blaney, qualified 21st and will make Sprint Cup debut Saturday night.

"It feels good to make it," Ryan Blaney said. "It is a shame my dad couldn't make it. it sucks. I really did want to race out there with him. It would have been really cool but hopefully we will get another chance."

ON WINNING THE POLE:
“Just have to thank everybody on my Jimmy John’s Chevrolet for all that they do. It was ‘Freaky Fast’ today so just have to put it all together tomorrow night when it counts. The pole is great, these guys have done a great job for qualifying. It makes life a lot easier when you can have pit stall one. Hopefully we can have a good night tomorrow night, but the weekend has gone good we had a great test here a few weeks ago and everything has carried right over."

CAN YOU SENSE THE SPEED THAT YOU GUYS ARE GOING FASTER THAN YOU GUYS HAVE EVER GONE HERE AT KANSAS?
“It feels like you go faster through the corner than it does down the straightaway just because of that sensation of speed. As soon as you hit the banking it feels like the car accelerates. You can definitely feel the speed, but that has kind of been the way that these Gen-6 cars have been since we have had them on the race track this year. It’s been fun."

THAT CAR LOOKS FAST, NO OTHER WORD FOR IT.
“Yeah ‘Freaky Fast’. I just have to thank everybody on my Stewart-Haas race team and everybody from Jimmy John’s, Budweiser and Outback for all the effort that they put into this car. My qualifying record hasn’t been great, but they have really done a good job at getting our qualifying stuff situated after the first four or five weeks to the season to come here and sit on the pole. I thought I had screwed it up. I never got through (Turns) three and four like (Turns) one and two. I felt like I got through (Turns) one and two all three laps pretty good, but three and four was a little bit too tight. I got a little bit concerned, but all in all it worked out okay."