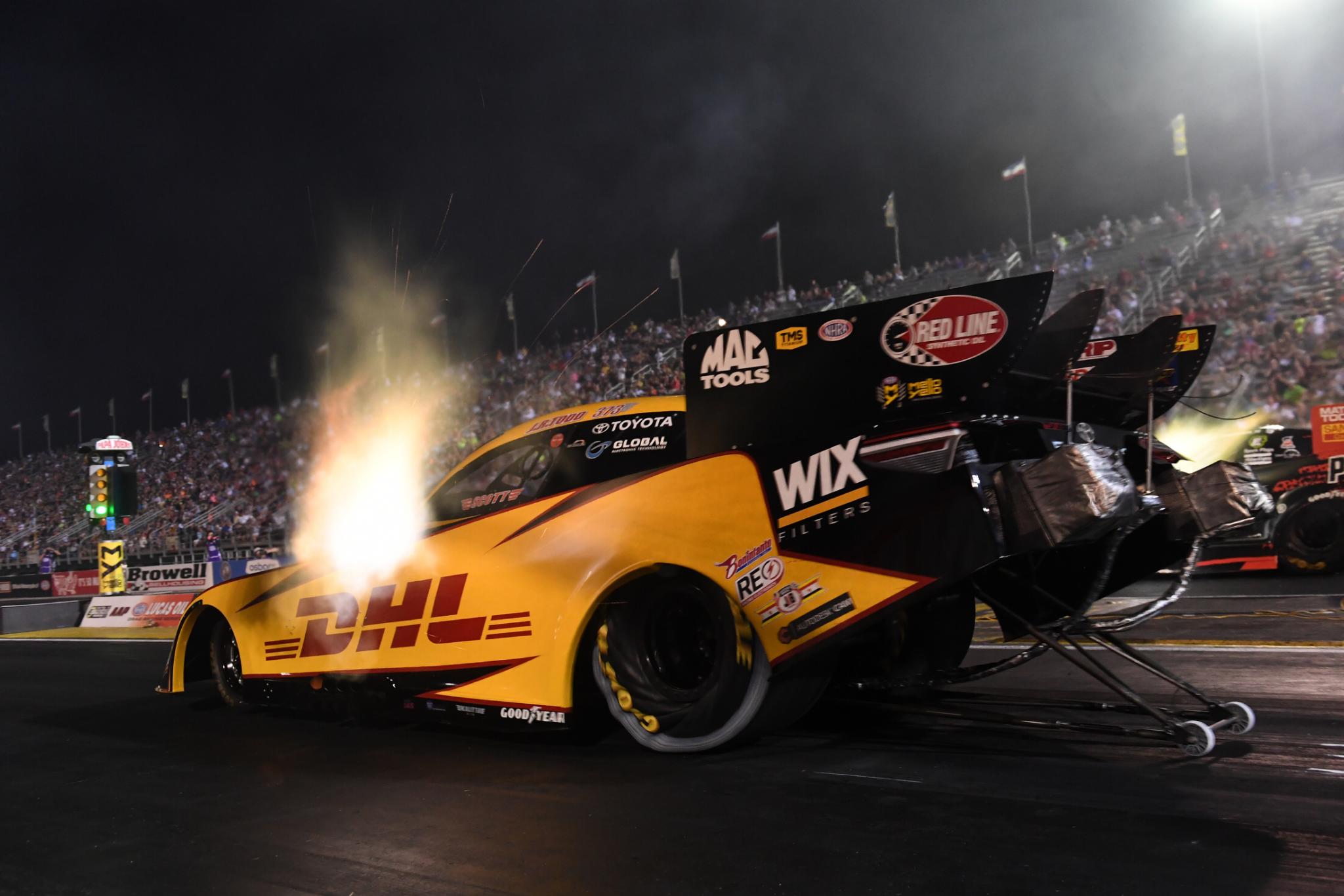 “Knowing some of the most shocking, awesome, unexpected, tragic and triumphant moments in the sport's history have happened in the same place we'll be working from this weekend gives me chills," said FOX NHRA play-by-play voice Brian Lohnes, who is calling his first U.S. Nationals for the network. “It's a long race, with poetry often written into the competition each year."

Known in the racing community as the “Big Go," the U.S. Nationals is the final race in which drivers can qualify for the NHRA Countdown to the Championship, which begins Sept. 12-15 from Maple Grove Raceway in Reading, Pa., and the FOX NHRA production team has a full arsenal of equipment, including:

So, who does Lohnes see taking home the “Wallys," event trophies named for NHRA founder Wally Parks, and etching their names in U.S. Nationals history?

“Boy howdy, this is a tough one," Lohnes said. “I like the way Erica Enders has trended in Pro Stock. She was matching Jason Line blow for blow at Brainerd and just didn't quite have enough in the Final. She's built for this type of stage mentally, so she is my Pro Stock pick.

“In Nitro Funny Car, I just can't lay my imaginary money on J.R. Todd this weekend, because of their recent performance. I feel as though the Indy conditions this year will favor Matt Hagan's team and Robert Hight's team. Look for some monster numbers there with Hight getting the job done.

“Lastly, in Top Fuel, the Torrence boys were both gone by the semi-finals in Brainerd, our last race. I think that they'll be racing with Texas-sized chips on their shoulders. The winner in Top Fuel will carry the Torrence name. Pick one."