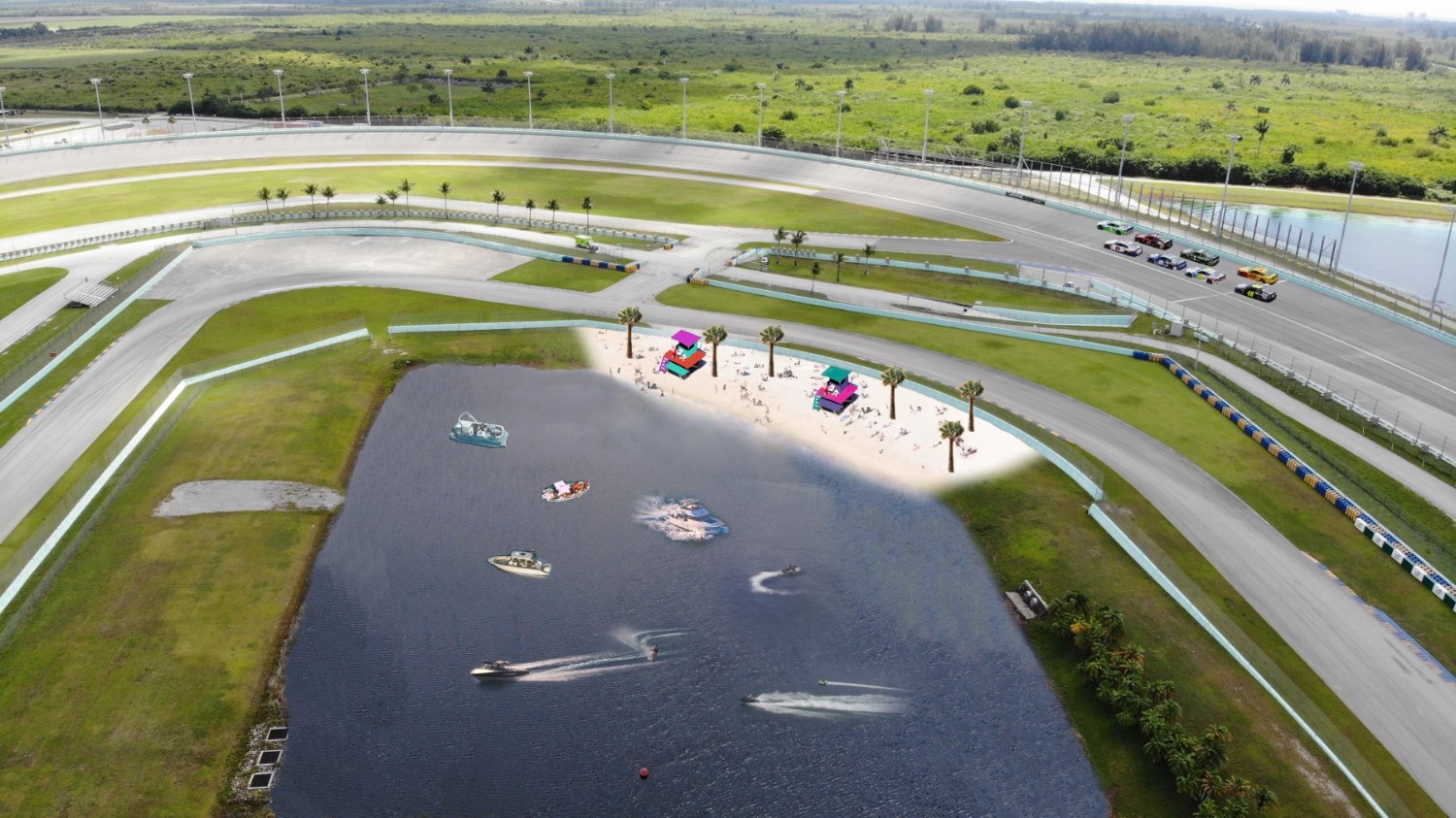 South Florida is known for having some of the most beautiful beaches in the world. Today, Homestead-Miami Speedway announced plans to bring the beach to the track with its first ever Infield Beach Party during the Monster Energy NASCAR Cup Series Ford EcoBoost 400 championship race on Sunday, November 17.

The Infield Beach Party, which is open to guests ages 18 and over, will take place on a 20,000 square-foot beach located in the Speedway’s infield, inside of Turn 3. The beach will sit on the spring-fed 7-acre lake that spans the width of the backstretch.

This will mark the second beach area at Homestead-Miami Speedway and the first to be accessible by the public during Ford Championship Weekend. The Infield Beach Party is the only ticketed beach area in motorsports, and is also the first of its kind across all sporting venues around the country.

The beach will be complete with a floating dock, palm trees and a swimming area. The Infield Beach Party is about more than just relaxing in the sand, as attendees will be treated to an exclusive experience that includes live entertainment, unique food and beverage options, beach and water activities, and much more.

“With this unique addition, fans will get a taste of a beautiful South Florida beach," said Homestead-Miami Speedway President Al Garcia. “This innovation allows us to bring Miami’s culture to the Speedway, and we’re excited to be the first track to introduce this concept to the sport. As we look to enhance the experience of our guests, we will continue bringing creative and fun opportunities such as the Infield Beach Party to Homestead-Miami Speedway."

Public sale will begin on October 1, and space is limited. Beach Access Passes start at $40 and the beach will open at 10 a.m. on Sunday, November 17 and will remain open through the conclusion of the Ford EcoBoost 400. For more information, call (866) 409-RACE.