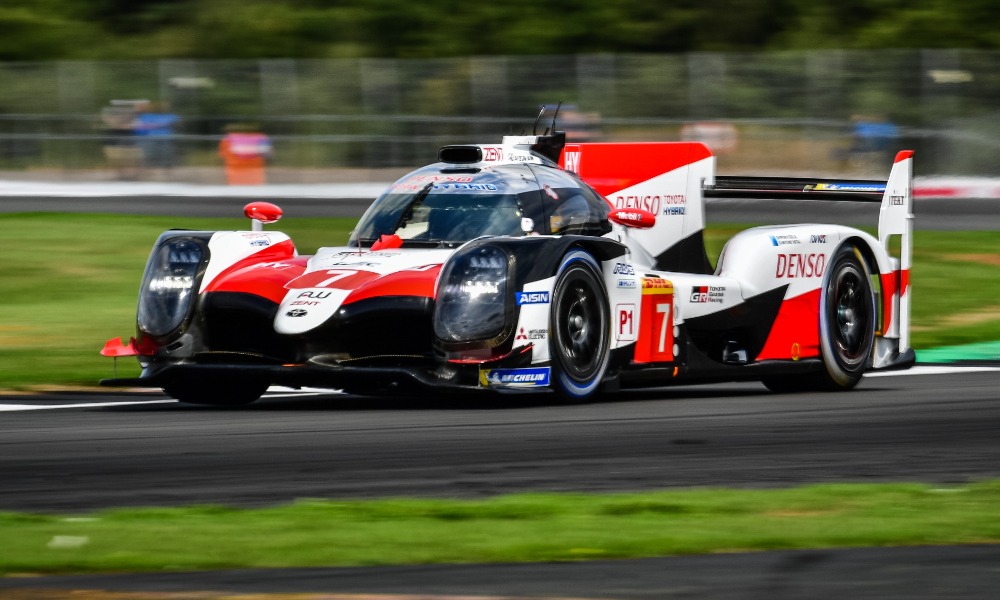 Toyota Gazoo Racing has been handed a weight increase of 14kg prior to this weekend’s FIA World Endurance Championship season-opener at Silverstone.

The pair of Toyota TS050 Hybrids will be heavier than they were during the Prologue test held at Circuit de Catalunya last month, after no changes were originally made to the LMP1 Equivalence of Technology for the first race of the 2019-20 campaign.

The revision, communicated in the week ahead of the four-hour race, will set the Toyotas to a minimum weight of 932kg, compared to the 918kg limit they ran to at Catalunya.

The Japanese manufacturer had already been handed a 14kg weight increase for the Prologue, in a bid to help balance the single-lap pace differential of the LMP1 field.

Toyota ended the Prologue on top, although the privateer entries from Rebellion Racing and Team LNT made gradual improvements to be within a second of the best TS050 Hybrid time in the end.

The minimum weights of the non-hybrid LMP1 cars from Rebellion and Team LNT, which is running two Ginetta G60-LT-P1 AERs, have not been altered for Silverstone.

Rebellion’s pair of R13 Gibsons will run to an 824kg minimum, while the Ginettas will be at 833kg for their home race.

A WEC statement explained that the EoT revision for Silverstone was the result of data collected in pre-season testing.

“During the Prologue, we conducted some analysis on cars which will compete during Season 8," the statement read.

“The primary goal of the EOT is to ensure that each technology competing in LMP1 (both hybrid and non-hybrid) has the same performance potential. In light of data gathered in July in Barcelona, particularly regarding the hybrid cars, we decided to rework the EOT to ensure that we are leaning towards this broader target."

No adjustments have been made to the other EoT parameters of maximum petrol fuel, maximum petrol energy per stint and maximum fuel restrictor diameter. sportscar365