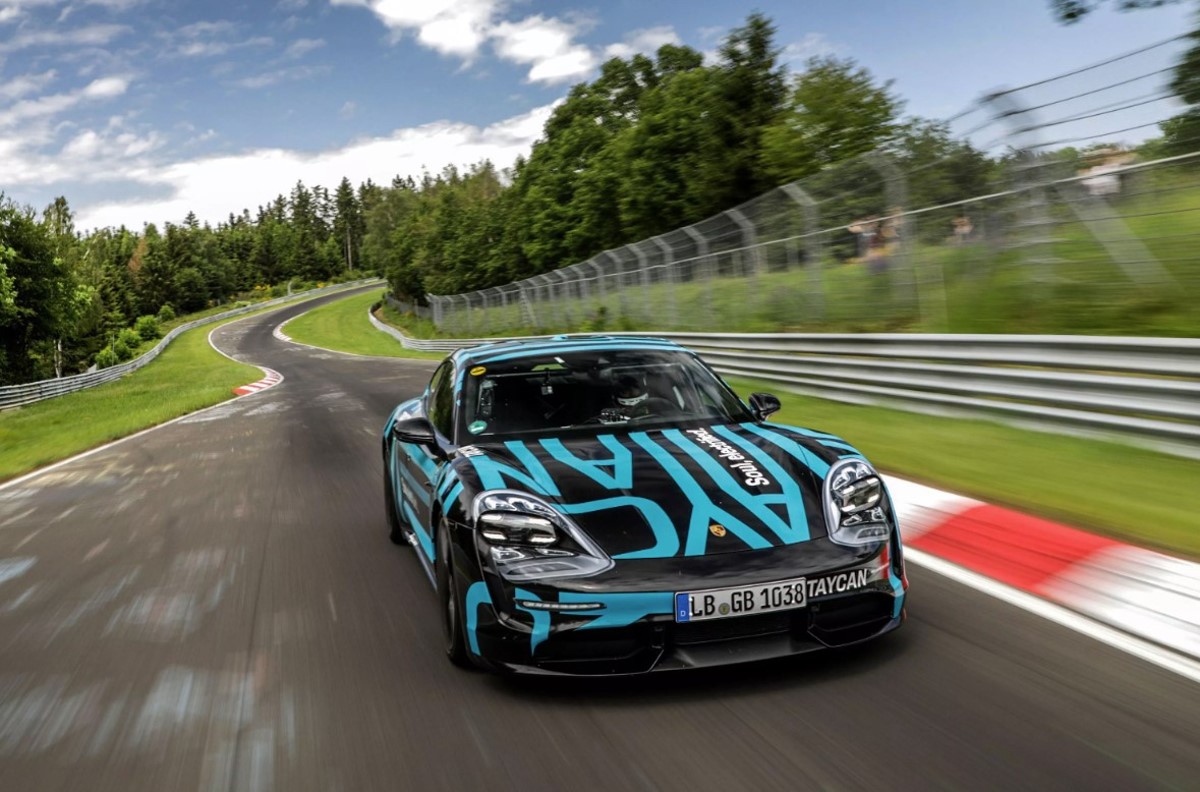 We're just over one week away from the Porsche Taycan's full reveal, but ahead of time, the German marque decided to share some additional news: the electric sedan has set a new lap record.

Not just any lap record, but a lap record for the quickest four-door electric car around the 12.8-mile NÃ¼rburgring Nordschleife. With a lap time of 7:42, the Taycan didn't come close to the top of the leader board overall, but it held its own. The clocked time makes it just a smidge slower than a C6-generation Corvette ZR1 and ties the 997-generation Porsche 911 GT3. Those aren't exactly slow cars.

Porsche test driver Lars Kern piloted the electric sedan around the track to achieve the time, praising both the powertrain and the handling in a statement. And yes, the Taycan can repeat this kind of performance — it doesn't need any sort of cool-down period after a lap like this.