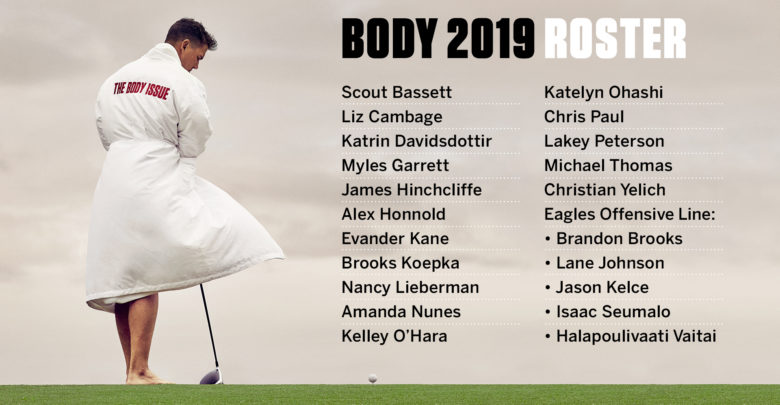 Today ESPN The Magazine announced this year’s roster of athletes who will be featured in the 11th Annual BODY Issue, which hits newsstands September 6. Created in celebration of the athletic form, ESPN The Magazine’s BODY Issue has featured athletes of all shapes and size, representing numerous sports. The official gallery, including photos and athlete story pages, will go live on espn.com on Wednesday, September 4.

The 2019 athlete roster is as follows: