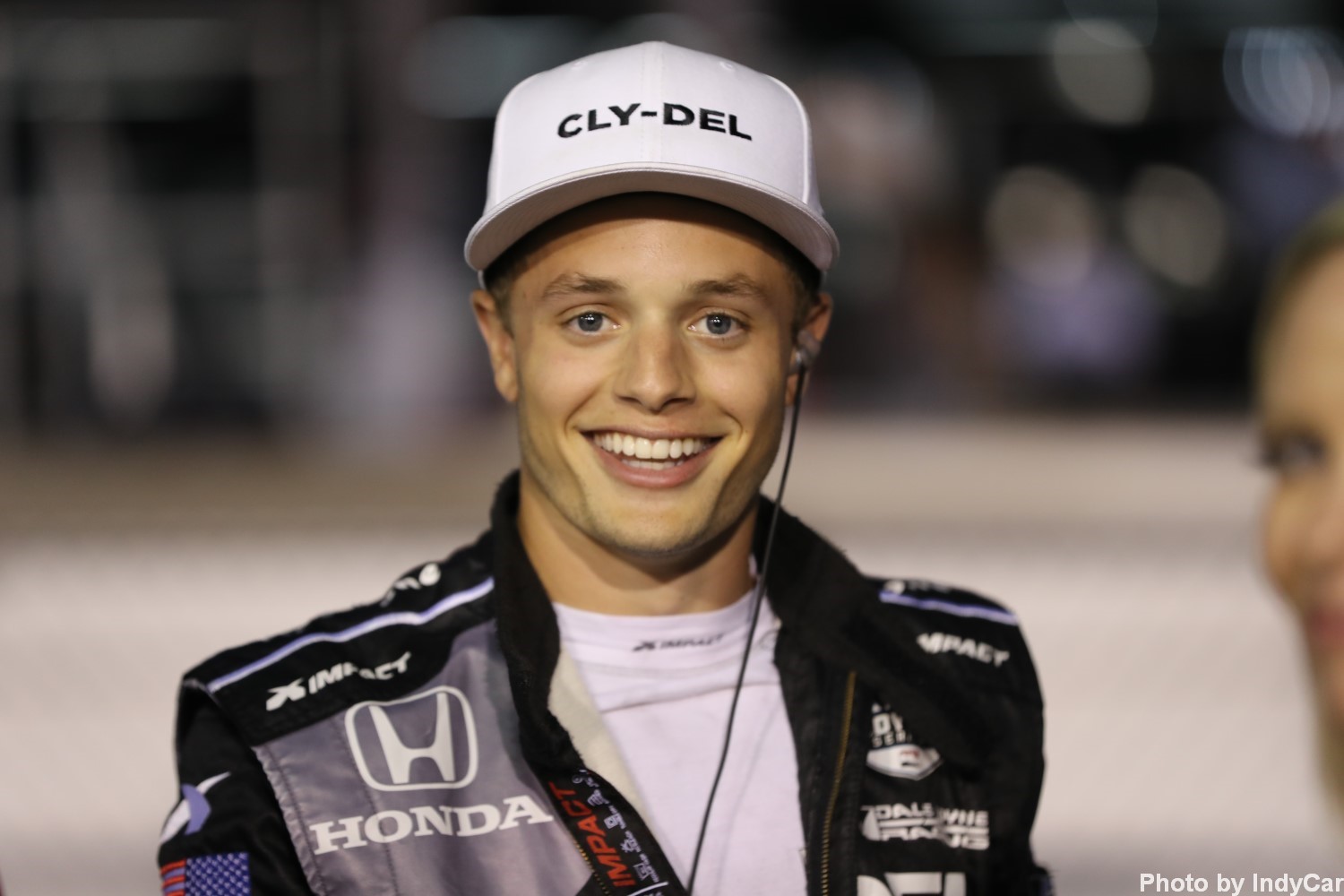 Dale Coyne Racing rookie Santino Ferrucci had his best NTT IndyCar Series race weekend so far this season at the World Wide Technology Raceway at Gateway on Saturday night, once again matching his best finish of the season with a fourth place in the Bommarito Automotive Group 500, after leading 97 laps of the 248-lap event.

After starting sixth, the driver of the #19 Cly-Del Manufacturing Honda moved up to fourth at the start and gained one more position following a Lap 7 restart to take over third place.

Ferrucci remained in third for most of his first stint and entered pit lane on Lap 53 after taking over the lead one lap earlier. Once pit stops had cycled through, following another caution period, the 21-year-old was sitting second behind James Hinchcliffe when the race resumed on Lap 70.

The driver from Woodbury, Connecticut then took over the lead of the race with a pass on Hinchcliffe on Lap 83. He remained in that position until his next pit stop on Lap 115. Once again, after pit stops had cycled through the 22-car field, the rookie would regain the lead on Lap 124.

Ferrucci continued to run in first place until his Lap 188 pit stop. However, he wound up losing some positions following an untimely caution period on Lap 191 and ended up in sixth when the race returned to green on Lap 206.

Not one to shy away from moving up the field, the Dale Coyne Racing driver got by Alexander Rossi for fifth on Lap 210, and then made his way around Josef Newgarden on Lap 212. While the rookie tried to make his way onto the podium, it wasn’t meant to be for Ferrucci who scored his third fourth place finish of the season.

With Saturday night’s result, Ferrucci climbed back into the Top 10 in the overall Championship, into ninth with 326 points, and took the lead in the Rookie of the Year standings by two points.

“I had so much fun leading this race. Having open air like that and being able to run to a pace, run your lines and not have to think about it and just enjoy it. But hats off to our crew. We had a race car, a winning race car. It’s just a little bit unfortunate that we got caught by the yellow," expressed Ferrucci. “Then at the end, I was racing so hard to get back into the top three. I was really trying to bring home some hardware for the boys. Unfortunately, not everything went our way but I’m happy we came home in fourth and picked up some more points in the Rookie of the Year standings and jumped into the Top 10 in the overall Championship."

The team will now head straight to Oregon for the Grand Prix of Portland which takes place next weekend, August 30 to September 1, 2019.