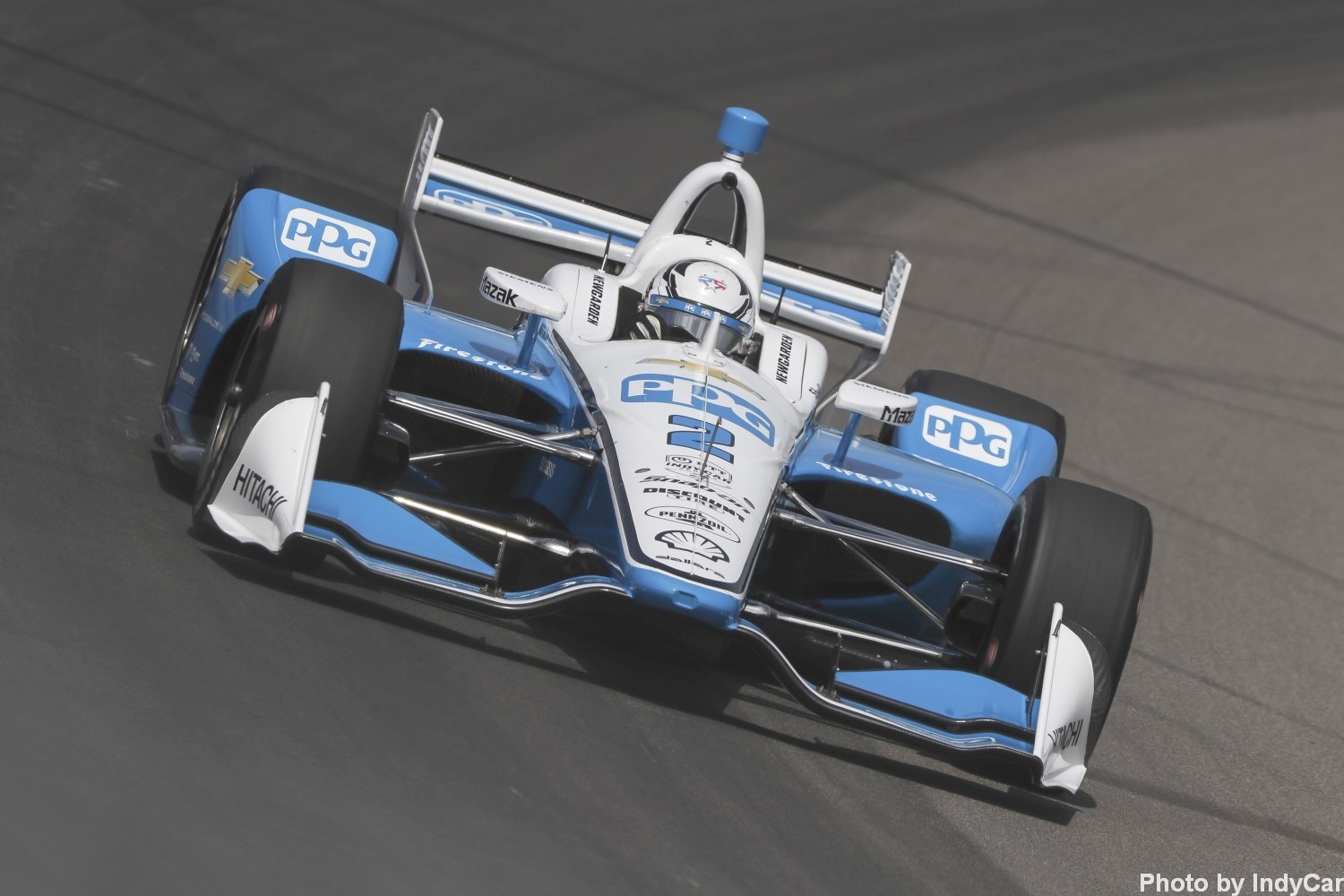 It is a beautiful afternoon at World Wide Technology Raceway in Madison, Illinois. Race fans are already in the stands watching the other events that precede the 7:45 pm local time IndyCar race. There will no warmup before the race since the IndyCar teams had extra time in the late practice session yesterday.

The final practice session last night had one incident involving Charlie Kimball, driving the number 23 ripKurrent for Carlin, tapped the wall in turn 4. The yellow came late in the session and caused the checkered flag to fly 4 minutes early because cleanup would take too long.

Many of the drivers were testing the top groove in the practice session under the lights. AR1 spoke with several drivers regarding their take of this area of the track.

Scott Dixon, the New Zealander who is currently fourth in the points, was not convinced that the cars could run up high. "It is pretty slippery up there. I was checking the surface for restarts. I think it might be a one lane race."

James Hinchcliffe, driving the number 5 Arrow Schmidt Petersen entry, shared Dixon's assessment. "I think the pit strategy is going to make this race exciting, like last year's race. It is gonna be hard to pass on track."

On another note, the 21 year old American, Santino Ferrucci, is a free agent for next season. AR1 is hearing that Ferrucci has been getting many calls from other teams regarding his ride for next season. Mike Cannon, Ferrucci's engineer, is not planning on leaving Dale Coyne Racing and hopes Coyne signs the young talent soon.