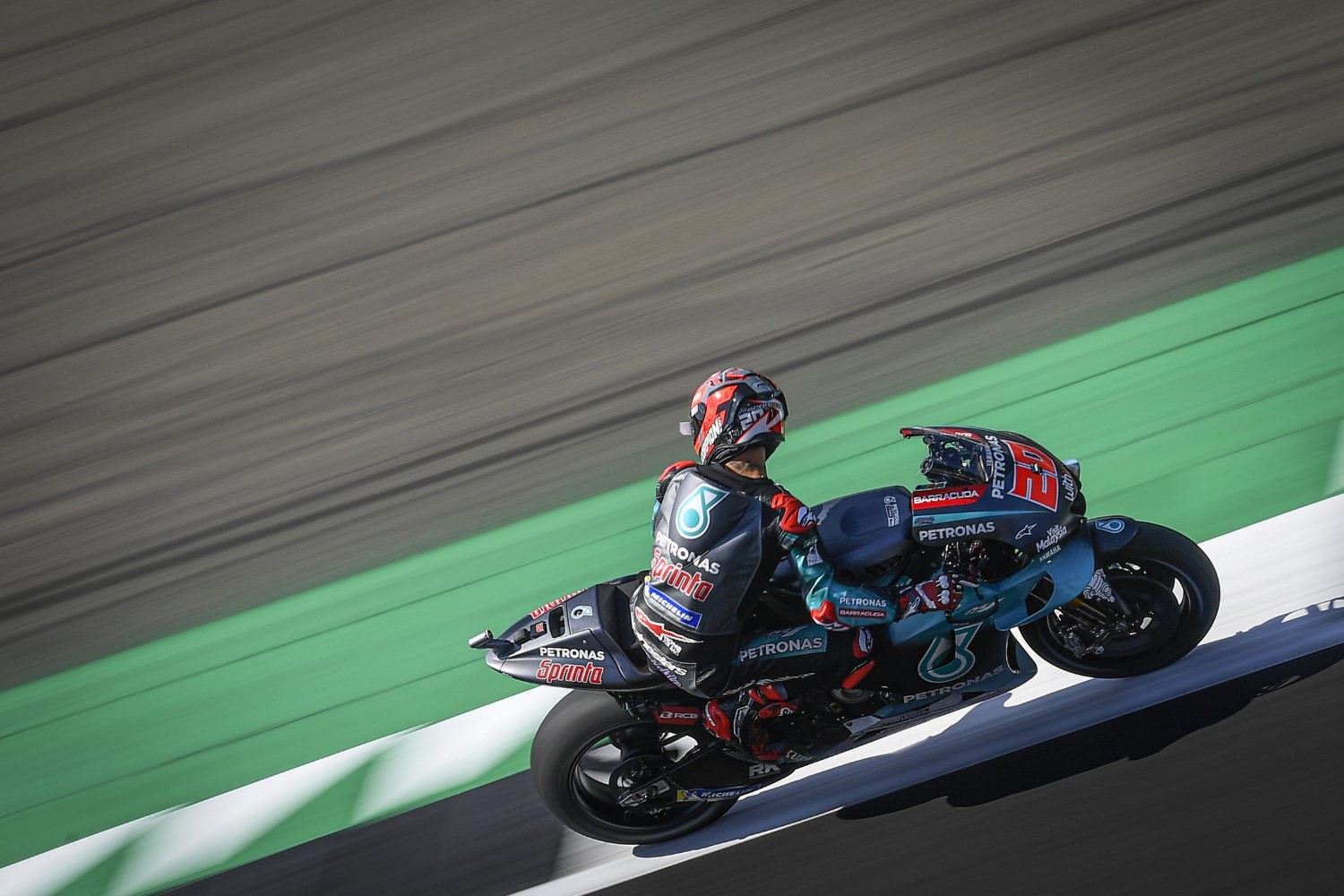 Rookie sensation Fabio Quartararo put his Yamaha on top in opening practice for the British GP MotoGP race at Silverstone, once again embarrassing the two factory Yamaha riders – Maverick Vinales and Valentino Rossi who were 3rd and 4th quick.

Marc Marquez made the most of a newly resurfaced Silverstone to go under the old lap record while his teammate Jorge Lorenzo, who Marquez has destroyed mentally, returned to riding the Repsol Honda Team RC213V for the first time since Assen and was dead last.

2018’s torrential rain was nowhere to be seen as the opening day of practice began at Silverstone for round 12 of the 2019 MotoGP World Championship. Track temperature increased to 40Â°C as the day went on and fans were treated to a classic British summer’s day.

The newly resurfaced Silverstone circuit was immediately fast, Marquez able to consistently lap in the mid-2’00s throughout Free Practice 1. A harmless crash at Turn 8 during FP2 saw the championship leader miss just a few minutes of the session as he quickly returned to work. Taking advantage of the super-smooth Silverstone circuit and the hot afternoon conditions, Marquez improved on his own lap record to set a lap of 1’59.476 to end Friday practice second overall and put the crash behind him.