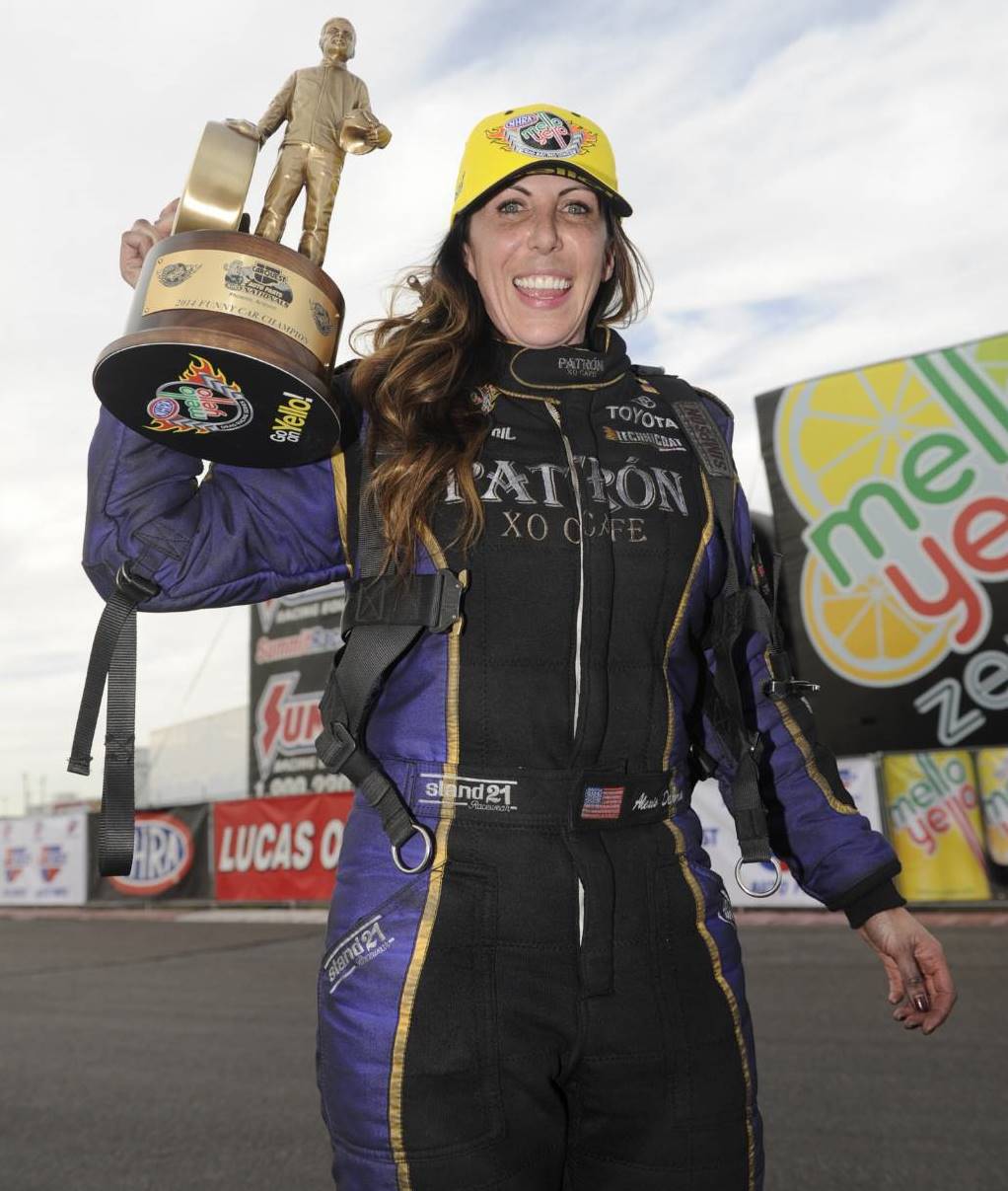 DeJoria, in her third season at the controls of an 8,000-horsepower Funny Car for Kalitta Motorsports, becomes the fourth female to win an NHRA Funny Car race and the 14th female in history to win a Mello Yello Series race.

“When we won the finals, I couldn’t believe it," said DeJoria, daughter of famed entrepreneur John Paul DeJoria and wife of noted television personality Jesse James. "Actually, I can because I know we can do it, but it’s such a shock at the same time. It’s surreal. It’s really amazing. I don’t think I’m going to be able to sleep."

Force now leads Hight by 66 points and DeJoria moves to third overall with the win,
69 points back.

In Top Fuel, Brown defeated Brittany Force with a run of 3.755 at 324.20 in his Matco Tools dragster to her 3.793 at 322.04 in her Castrol Edge dragster. A Don Schumacher Racing/John Force Racing final in Funny Car is normal, but this was the first Top Fuel final between the two NHRA super-teams.

“We love coming to Phoenix," Brown said. “They revamped it and did a phenomenal job. We’ve had bad mishaps and tragedy here and some wins here. This place really holds a special place in my heart for what we've been through and what we've accomplished here."

Force, last season’s top rookie, was appearing in her first Top Fuel final and her team performed consistently throughout the weekend, with most passes in the low 3.8-second range and her final pass in the 3.7s. Brown was quick to point out Force’s consistency and knew it would take a perfect run to claim the Wally.

“She's at a young stage in her career, and you can tell that she's getting better and better," Brown said. “She was consistent all day to get those round-wins. None of these teams come out here to play games. It's not recess no more. School is in, and you better have your thinking caps on and be ready to do the work. I look at her as a tough, top competitor. They stepped up in the final. You look at her car and see Castrol on the side, and that's John Force Racing. We go after them like we go after everyone else."

With his semifinal appearance, Kalitta takes over the Top Fuel series lead, 26 ahead of Pomona winner alBalooshi.

Johnson, also a 2012 series champ, scored his 21st career Pro Stock win and second at Phoenix by defeating V Gaines with his final round effort of 6.543 at 212.23 in his Team Mopar Dodge Avenger.

“We fought the car all weekend," said Johnson, who qualified sixth and beat Jimmy Alund, Jason Line and Dave Connolly en route to the win. “I'm only here because we have a great crew. I can't say enough about my guys. They worked and got it right, and this is a great way to send this Mopar Express Lube Dodge Avenger out on a winning note."

Gaines moves into the series points lead in the factory hot rod category for the first time in his 21-year career with his back-to-back final round appearances.