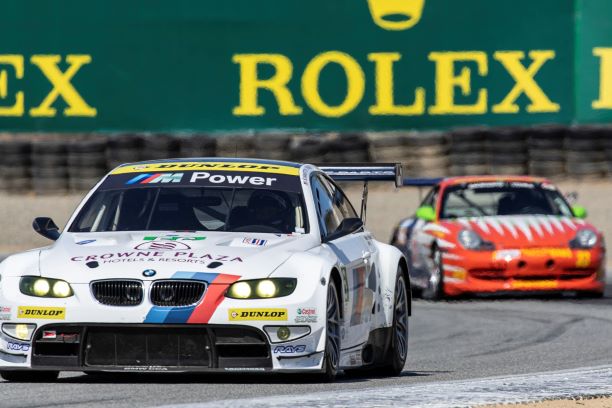 WeatherTech Raceway Laguna Seca has selected key races from the 2019 Rolex Monterey Motorsports Reunion (RMMR) into an hour-long program to be broadcast by NBC Sports Network (NBCSN) on Monday, August 26 at 3:00 pm PDT / 6:00 pm EDT. This year's RMMR featured International Motor Sports Association (IMSA) as the marque, in honor of their 50th anniversary. This was the first time a race series rather than an automotive manufacturer has been recognized in this way.

The race groups evolved slightly for 2019 to celebrate the 50th anniversary of IMSA. The atmosphere in the paddock was electric with an unprecedented variety of cars with past and present racing personalities from the span of IMSA’s rich history.

"We're excited to share the great historic racing that took place here at the Rolex Monterey Motorsports Reunion," said Art Michalik, Director of Marketing and Communications for WeatherTech Raceway Laguna Seca. "The program will focus on those classes that included cars from IMSA's incredible 50-year history," he added.

All races were streamed live to viewers around the globe via the IMSA.tv site. All race coverage from Saturday, August 17 and Sunday, August 18 will be posted to the IMSA and WeatherTech Raceway Laguna Seca YouTube sites Thursday, August 22. Click HERE to view.

The Rolex Monterey Motorsports Reunion is the largest event of the famed Monterey Classic Car Week held each August, which transforms scenic Monterey into the worldwide epicenter for automobile and classic car enthusiasts, as well as for automobile manufacturers looking to engage customers. It is a week full of events for entire families, with events such as autograph sessions, book signings, stage interviews, pit tours and so much more. The Hagerty Marketplace will also be brimming with activities to complement the paddock and on-track racing.