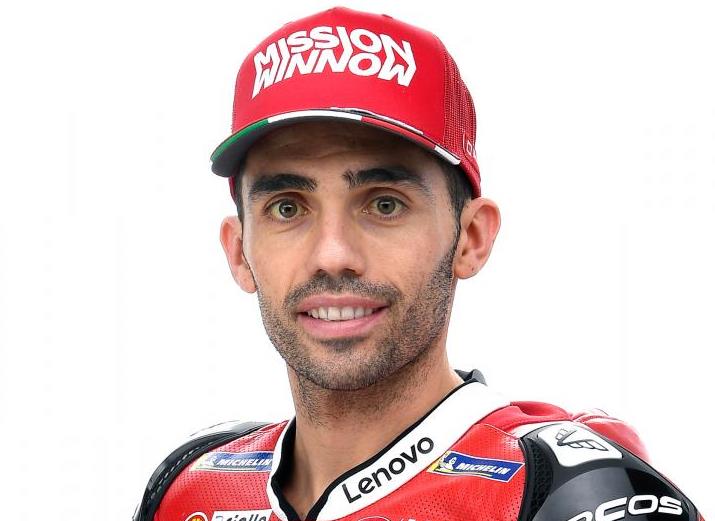 UPDATE Michele Pirro left Finland slightly under whelmed. He expected a lot of the Kymiring,

“To be honest, it's possible to do better in 2019 – the Ducati test rider's first comment – The thing I like most about riding a MotoGP is using all the power, they could have considered that. Instead, from turn 5 onwards, you practically only use 1st and 2nd gear, and 3rd once, there's also only one usable straight. I carried out a test: I was able to complete one kilometer using only 1st gear".

“I think that you can have fun with a Moto3, but you don't with a MotoGP. The design is very strange, there are many blind points and a lot of undulation, the problem is you can't exploit a MotoGP at all. As soon as you accelerate, you have to stop".

“But that's an 'old school' track and in the final section there are some great turns. At the Kymiring you are at 350 Km/h down the straight and then have 15 turns in 3 kilometers. Austin has many turns too, but that track is a kilometer longer".

“As I've said, I expected something different from a new track. They could have inserted some long turns, or some hard braking. I didn't see many places in which to pass, there's only one hard braking point and often only one trajectory. The undulation is great, but there's not much else, only corners to link together. They could have come up with a design that would have offered the public more of a spectacle".

“This is a track where Marquez will have the advantage, he'll be able to make the difference through the changes in direction and the slow turns – he explains – For Ducati? The return straight is very long, but there's only one key braking point".

“That's always the most important thing and I appreciated the fact that Franco Uncini, Loris Capirossi and Mike Webb were there with us. We were able to provide feedback about any work to do and I'm sure there'll be no problems for the GP" concludes Michele.

All six sung the praises of the Finnish circuit just hours after the first MotoGP track action took place with, fittingly, Finland’s very own Mika Kallio becoming the first MotoGP rider to lap the KymiRing aboard his KTM RC16.

FIM President, Jorge Viegas, began the Press Conference by admitting what a privilege it was to be present for MotoGP’s first visit: “Finland is one of the countries with the most tradition in motorsport. I have been in this position, I have been managing circuits in my country 20 years ago, so I know what it’s like to have the pressure of Dorna and the FIM all coming. I thank you all for the privilege of being here for the first time."

Next, President of the Finnish Motorcycle Federation, Tapio Nevala, described how it felt to finally have track action at the KymiRing and in Finland: “It’s a dream come true. It’s really a big dream to have MotoGP bikes in Finland. It’s very important for us and for Finnish motorsport and for MotoGP, of course."

Timo Pohjola, KymiRing Circuit Director, outlined the hard work that had been put in to make sure the test went as planned over the recent months: “We will continue the work that we have done. A lot of work is to be done. We have one year to do everything but the most important thing for safety reasons is to have the test here as after that we know exactly where we will have the curbs and so on. So, this is very important but also for the teams. Overall, I’m very happy. It has been a long journey."

Carlos Ezpeleta, Dorna Sports Sporting Director, couldn’t pinpoint the exact date of the 2020 Finnish Grand Prix, but praised the work of the circuit and the Finnish Federation for today being a huge success: “We’re working with the FIM to publish the calendar, it’s always up to the FIM to release it first. I think in the following weeks we’ll have a date but right now it’s too early to say. It’ll be in the summer for sure as there’s no other option. It’s too early to say exactly though.

“I visited for the first time with Franco Uncini maybe three years ago now and honestly, it’s a great place. I have to congratulate Timo and the Finnish Federation for the work they have done because it’s truly impressive that we have bikes on track today. The past few months have been hard work, but I must congratulate them because the job they have done is of a high standard.

“We’re very happy to have Finland back on the Grand Prix calendar because it’s one of the countries with the most tradition in motorsport. The standards for a MotoGP track now are very high, both on and off track, with run-off areas and paddock and so on and the plan is to accommodate all of them."

And finally, an emotional Aki Ajo explained his delight to wake up at his own home this morning ahead of a MotoGP test: “I have been dreaming for years about this, to have this kind of track and a MotoGP race in Finland. It was a special feeling for me this morning to wake up in my home bed before a MotoGP test isn’t something I’ve done before. It’s really important to have the first action here and now is the time to see what they need to do to finalise everything here and then have great races in the future."

Once track action comes to a close later today, all six MotoGP test riders present at the KymiRing will be a part of a second Press Conference. Stay tuned to motogp.com as we bring you the thoughts of the riders on a historic day in Finland.